Catholic school parents and principals are being urged to get behind a campaign to pressure Victoria’s major parties into a record $800 million election funding commitment to upgrade dilapidated school buildings.

The Catholic Education Commission of Victoria has launched its Fair Catholic Funding push for a four-year package to build new schools and upgrade more than 100 others that are in some cases a century old, leaky and ill-equipped to provide a 21st century learning space. 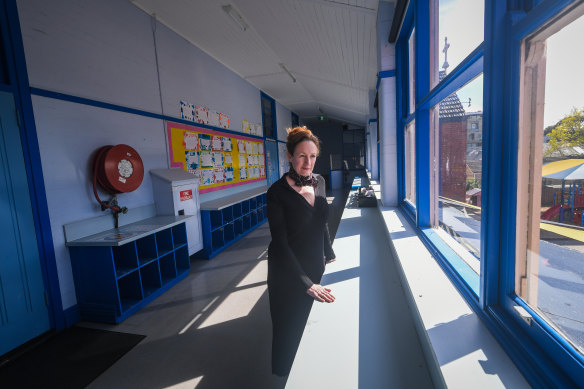 The commission wants resources to cater for an expected enrolment boom in Melbourne’s growth corridors where the population is rising and many parents from non-English-speaking backgrounds prefer a religious education.

Closer to the city at East Brunswick’s Our Lady Help of Christians primary school, principal Maree McIntosh argues the funding disparity between government and Catholic schools is obvious to parents who inspect her school, which is 83 years old, has a partly dirt-filled unfinished oval and requires a paint job.

“Without a doubt, we get a worse deal,” McIntosh said. “We don’t receive the funding [government] schools do. Schools around me [get] millions to upgrade and build. For us to remain competitive, we need to offer those sorts of learning environments.”

It is a common refrain from government school advocates that Catholic school parents make a conscious decision to shun the government system and should pay for upgrades out of their own pockets.

But McIntosh emphasises that, in her view, the average income of parents at her school is on a par with that of local government schools. Her school was more culturally diverse, she said, because many Ethiopian and Sudanese parents wanted their kids to be taught religion.

“We give that sense of moral compass which is really important,” she said.

The Catholic schools commission has written to all parents – an important voter cohort in suburban marginal electorates – and principals urging them to support the funding push.

“As a leader within your community, we are seeking your support in promoting these priorities within your school network,” the commission wrote to school principals. 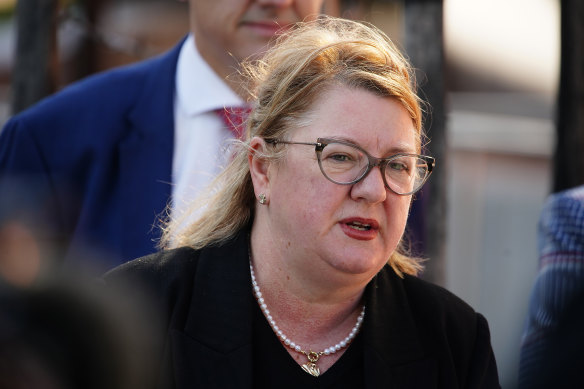 The Victorian government says it has spent $520 million on Catholic school upgrades since 2014. The commission says this figure compares with $1 billion in yearly funding for government schools.

Other schools slated for upgrades include Hastings’ 105-year-old St Mary’s Primary School and St Elizabeth’s in Dandenong North, which was built 40 years ago.

“This will provide certainty for our growing school community, help Catholic schools continue to deliver a world-class education to our students and support hundreds of local jobs in the trades and construction sector,” he said in a statement.

“Together we provide education to nearly a quarter of a million students and this number continues to grow, particularly in the western and northern corridors of Melbourne.”

The commission, the largest non-government education body in Australia, has met with government and opposition MPs to discuss its funding bid.

A government spokeswoman said it worked closely with Catholic schools and would announce school funding plans. The opposition’s education spokesman, David Hodgett, said the Coalition was finalising its election policies.