Two teenagers in Chicago were charged in a brutal attempted carjacking that left a Vietnam War veteran dead of a heart attack.

Frank Harris, 18, was charged with one felony count each of murder and aggravated vehicular hijacking, police said Thursday.

The other teenager is an unidentified 17-year-old who was charged with one count of first-degree murder and one count of attempted aggravated battery to a person over 60. Chicago police told Fox News it will be decided in court if the 17-year-old will be tried as an adult.

The charges come after Keith Cooper, 73, died Wednesday at around 12:30 p.m. in the Hyde Park area after two people demanded he give them his car while he ran errands. 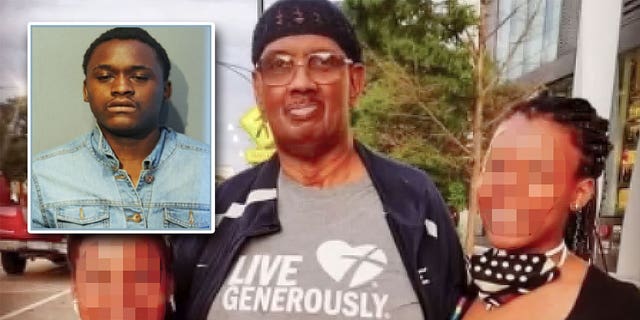 Cooper was then beaten and repeatedly hit in the head. His family said his heart could not handle the trauma of the assault and he was pronounced dead of a heart attack at a local hospital.

He died just days before his 74th birthday and served two combat tours in the Marine Corps during the Vietnam War.

“I’m just in shock. I’m still in shock because this is not the way I thought my day was going to go,” said Cooper’s daughter, Kenika Carlton.

Harris and the 17-year-old are scheduled to appear in court Friday.