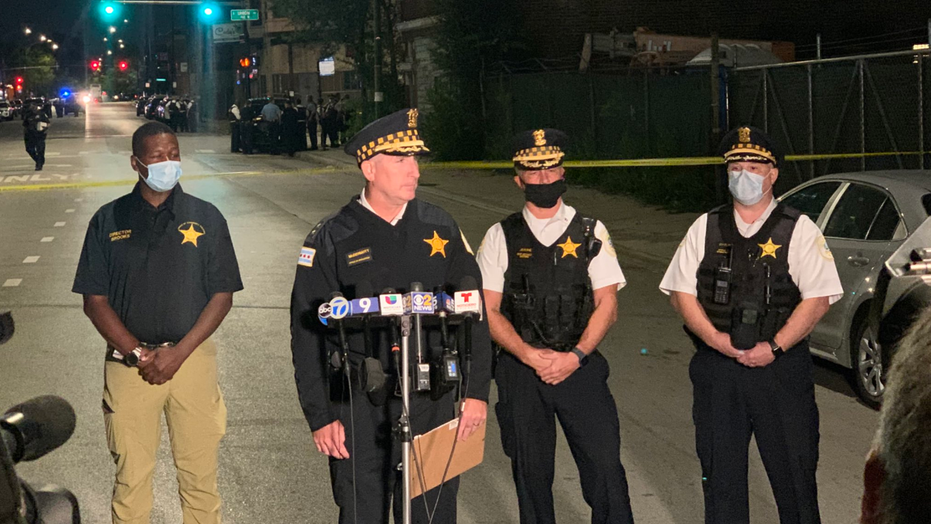 An eight-year-old girl was killed and two others were shot on Monday while traveling in a vehicle on Chicago's South Side, according to police.

The girl and three adults were sitting in a Subaru SUV at a stoplight on Union Avenue at West 47th Street around 6 p.m. local time when a black Dodge Charger directly behind them opened fire as the light turned green, according to Brian McDermott, chief of operations for the Chicago Police Department.

The child was taken to a local area hospital with a gunshot wound to the back, where she was pronounced dead around 6:30 p.m., police said. A 30-year-old woman, and a 31-year-old man, were also shot. They were transported to the University of Chicago Medical Center in critical condition, Fox 32 reported.

“I stand before you, saddened and angered that another child has lost their life in senseless gun violence in the city of Chicago,” said McDermott during a news conference on Monday night. "I'd like to offer my sincere condolences to the family of the victim."

The fourth person in the car – believed to be the girl's mother — was also injured when the victim's vehicle struck a car and crashed into a tree as they were escaping the gunfire, police said. He believed the occupants of the vehicle "were targeted."

It wasn't clear what the relationship was between the other occupants in the vehicle and the girl and her mother, authorities said.

Police added that they are attempting to locate the suspect's vehicle and ask anyone with more information to go to cpdtip.com.

After the shooting, the Dodge Charger made a U-turn and fled southbound at a "high rate of speed," police said. At least one suspect was said to be wearing a black hoodie and black pants, the station reported.

The shooting comes amid a violent Labor Day weekend in Chicago that had seen at least 44 people shot, six of them fatally before the deadly shooting on Monday, reports said.

Nearly 180 children ages 16 or younger have been shot in the city this year and at least 21 of them have died, according to data from the Chicago Tribune.

"Where do we go from here? We try to stop the shootings," McDermott told reporters when asked about the violence. "Like I said before we're all saddened and angered by this."

He added that the Chicago Police Department has recovered more than 7,000 guns this year and that officers have been getting shot or fired upon "at a record pace."

"We're out there every single day doing our best to protect the citizens of the city and that's what we're going to continue to do," McDermott continued.