An Alabama police officer is accused of staging a shooting and making a fake a distress call last month in what his police chief called a case of "stolen valor" and "stolen honor."

Birmingham Police Officer Keith Buchanan was arrested Thursday and charged with making a false report and discharging a firearm in the city limits, Al.com reported. He had already been placed on administrative leave when he was taken into custody.

Prosecutors believe Buchanan notified a police dispatcher that he was making a traffic stop just after 1 a.m. on July 21 near the city's border with Tarrant. Minutes later, he allegedly put out a call about shots fired and never finished his radio transmission. 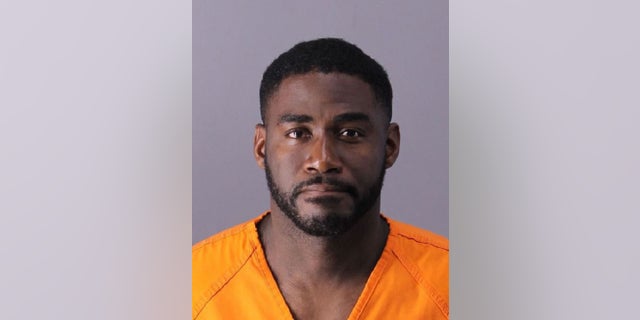 Dispatchers were unable to reach him for close to 30 minutes. A Tarrant officer found Buchanan's patrol vehicle with bullet holes but couldn't find him.

He was ultimately located uninjured a short distance away near railroad tracks.

“This officer did a lot on that night to present a false image of heroism," Smith told reporters during a news conference. "He endangered the lives of the community by discharging his firearm, and also other officers, as they responded from all over the city to be at his side and do everything that they can to help.”

Smith said Buchanan's actions only helped to tear down the trust built by the police department and the community. He called it a case of "stolen valor" and "stolen honor," a reference to those who lie about heroic acts  to reap profit or gain accolades.

Buchanan faced discipline issues in 2016, 2015 and 2014, for filing a false report and keeping a stolen gun from a theft suspect for four months without notifying a supervisor, according to the news outlet.