A vaccine against a childhood killer and a citizen science project revealing just how much microplastic ends up in our environment are among the winners of the 2021 Eureka Prizes, the nation’s top science gongs.

The annual prizes, run by the Australian Museum and coming with a prize pool of $160,000, were announced at an online ceremony on Thursday night. 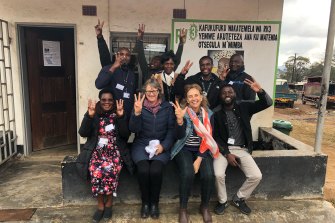 The Eureka Prize for Infectious Diseases Research went to the Murdoch Children’s Research Institute’s Professor Julie Bines for her work leading the development of a vaccine for rotavirus, the leading cause of severe gastro in young children.

Her vaccine is a work of science and humanism. Rotavirus is preventable. Two safe and effective vaccines already exist and Australian infants receive them as a matter of course. But these vaccines cost up to $200 for a full series of doses, far more than many developing countries can afford, even with subsidies.

“That cost is a major barrier,” says Professor Bines. “The children that are missing out are often in the poorest of the poor countries.”

About half of children around the world are born in countries that do not have access to these vaccines, including our neighbour Indonesia. That means about 250,000 children will die from the preventable disease each year.

Professor Bines’ innovation is an affordable vaccine. Her team is using a harmless strain of the virus, first isolated in hospitals in Melbourne in 1978, as the basis of its vaccine, and partnering with vaccine manufacturers in developing countries to make it cheaply. In late-phase trials it was 75 per cent effective against the virus.

The Eureka Prize for Innovation in Citizen Science went to a nationwide program that revealed hidden microplastic hotspots at some of the nation’s beaches and waterways, such as the Barker Inlet wetlands in Adelaide, where citizen scientists measured concentrations of more than 750,000 microplastic particles per metre.

Microplastics, fragments of polymer only a few millimetres long, are the inevitable result of the modern world’s love affair with plastic.

“Our carpets are synthetic, our clothes are synthetic, we rely on plastic in everyday life,” says program director Dr Michelle Blewitt. “And every piece of plastic that has ever been created in this universe is still here in one form or another.” 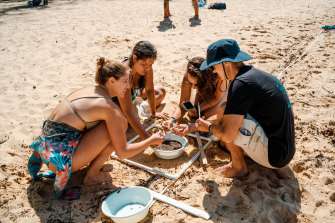 Over time, plastics break into smaller and smaller pieces, eventually becoming airborne. The average Australian inhales almost 13,000 microplastic fibres a year and microplastics have been found crossing the human placenta, although research has not conclusively linked them to health problems.

The citizen science program, known as the Australian Microplastic Assessment Project, has trained 739 people to test for microplastics, sampled in more than 350 places, and helped remove more than 3 million microplastic particles.

The project leaders are now collaborating with councils around the nation to track the pollution back to the source and clean it up.

In contrast to the Nobel Prizes, where just 6.6 per cent of winners have been women since 1901, more than half of this year’s Eureka winners were either individual women or teams involving women.

The night’s main prize, the Eureka Prize for Scientific Research, went to a University of Technology Sydney team that discovered how cholera can hide inside food waste excreted by other organisms, opening a potential new way to attack the disease, which kills about 95,000 people a year.

“For 31 years, the AM Eureka Prizes have played an important role in educating the public about the very latest advances in science as well as identifying future leaders in the fields of technology, innovation, engineering and science communication,” Australian Museum director and chief executive Kim McKay said.