CHINA has urged the UK and its allies from the Five Eyes alliance to be careful and "not get their eyes jabbed and blinded" after the group demanded Beijing to end its crackdown on Hong Kong.

Britain and its four partners – the US, Australia, Canada, and New Zealand have frequently condemned the Chinese government for allegedly trying to crush dissent in the South Asian financial hub. 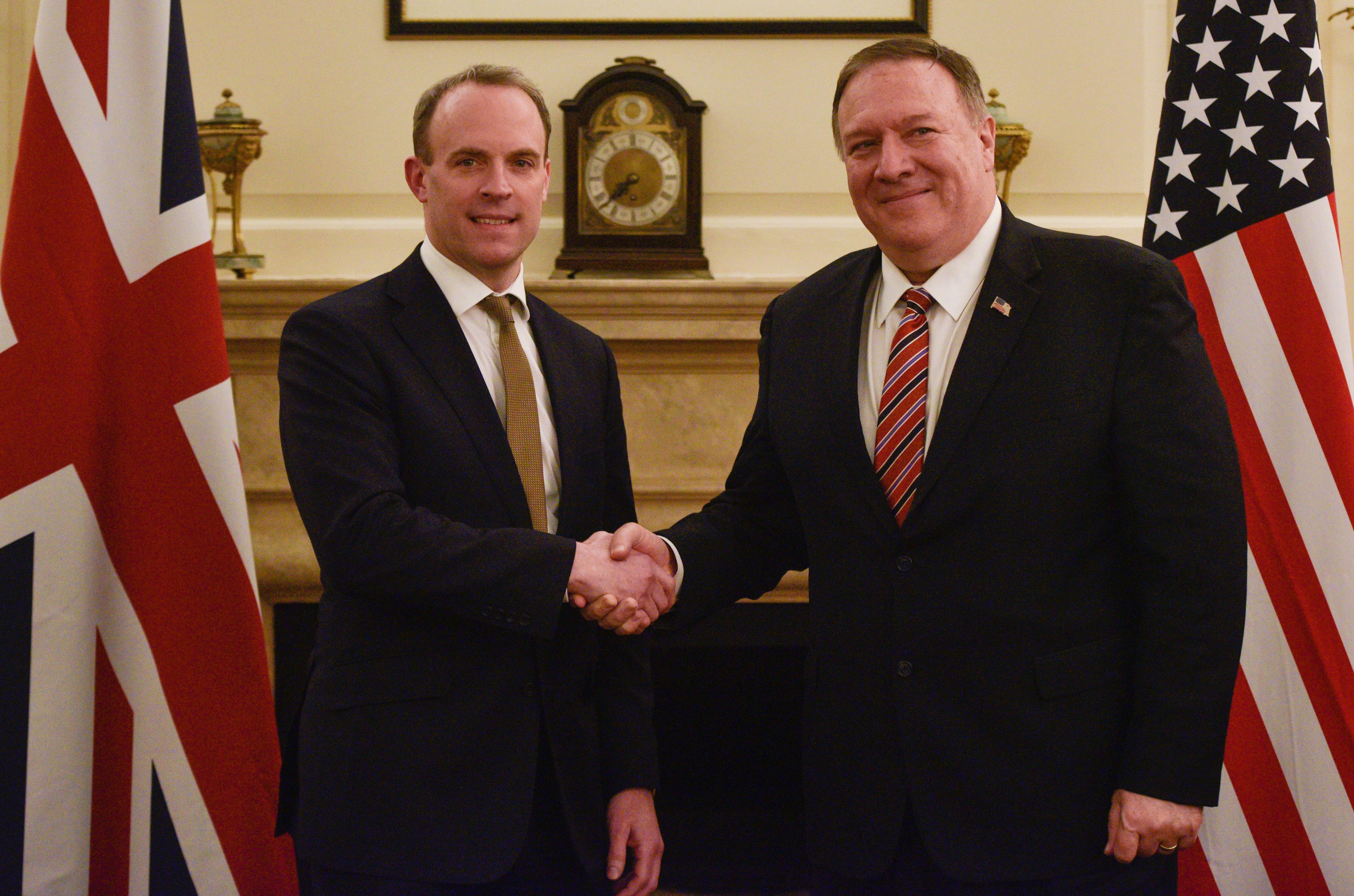 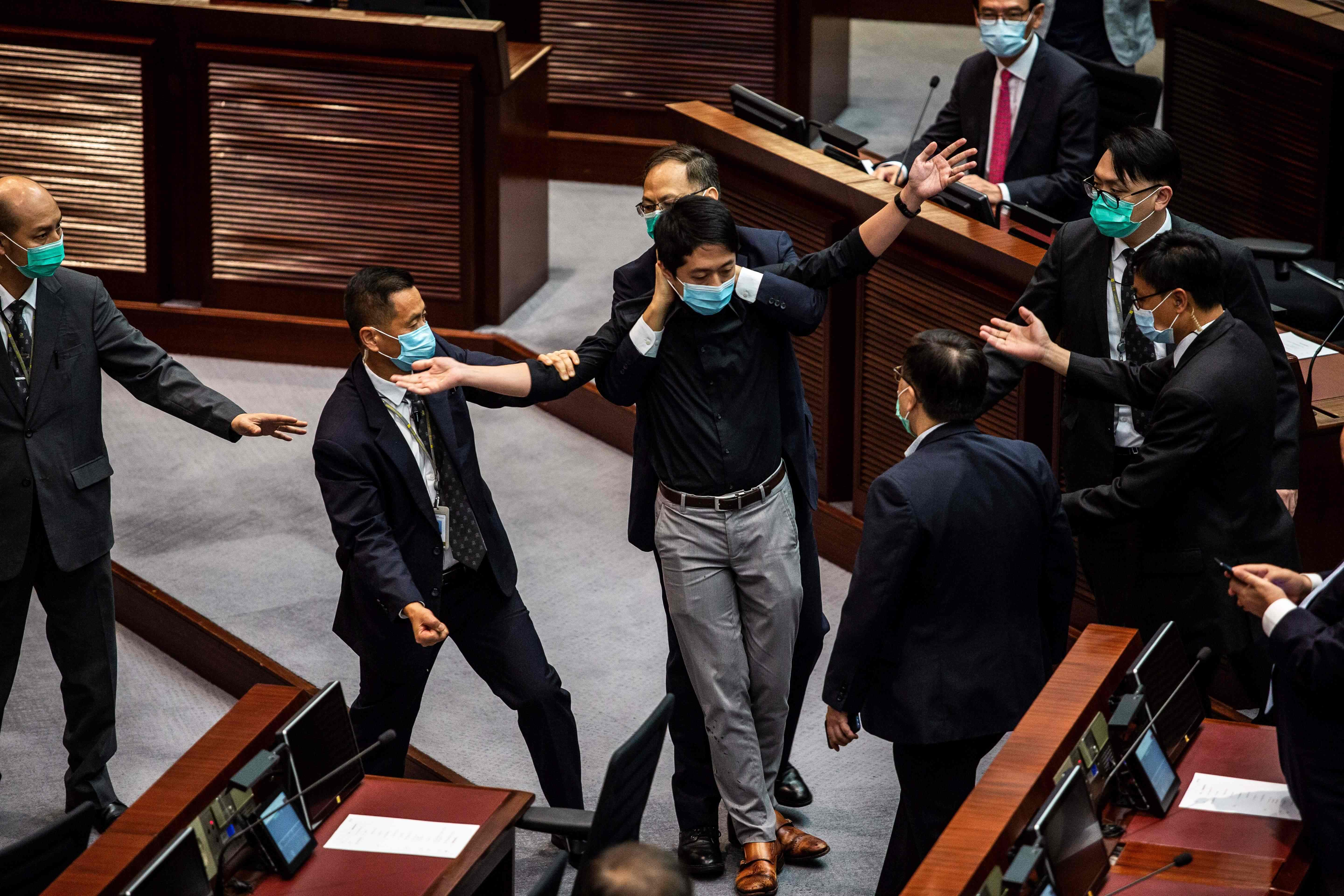 "No matter [if] they have five eyes or 10 eyes, as long as they dare to harm China's sovereignty, security and development interests, [they should be] careful not to get their eyes jabbed and blinded," the Chinese Ministry of Foreign Affairs warned today.

China's angry response was prompted by a statement that was signed off by the five foreign ministers of the alliance, which blasted the expulsion of four pro-democracy legislators from the Hong Kong parliament.

The warning read: "China's action is a clear breach of its international obligations under the legally binding, UN registered Sino-British Joint Declaration.

"It breaches both China's commitment that Hong Kong will enjoy a 'high degree of autonomy' and the right to freedom of speech."

The alliance urged the Chinese and Hong Kong authorities to "respect the channels" for the people of the former British colony to express their legitimate concerns and opinions.

Pictures show one pro-democracy legislator Ted Hui being removed by security guards after allegedly throwing a jar containing a smelly liquid on the floor during a debate that would outlaw insulting the Chinese national anthem.

The crackdown has since triggered a flurry of mass resignations of pro-democracy lawmakers. 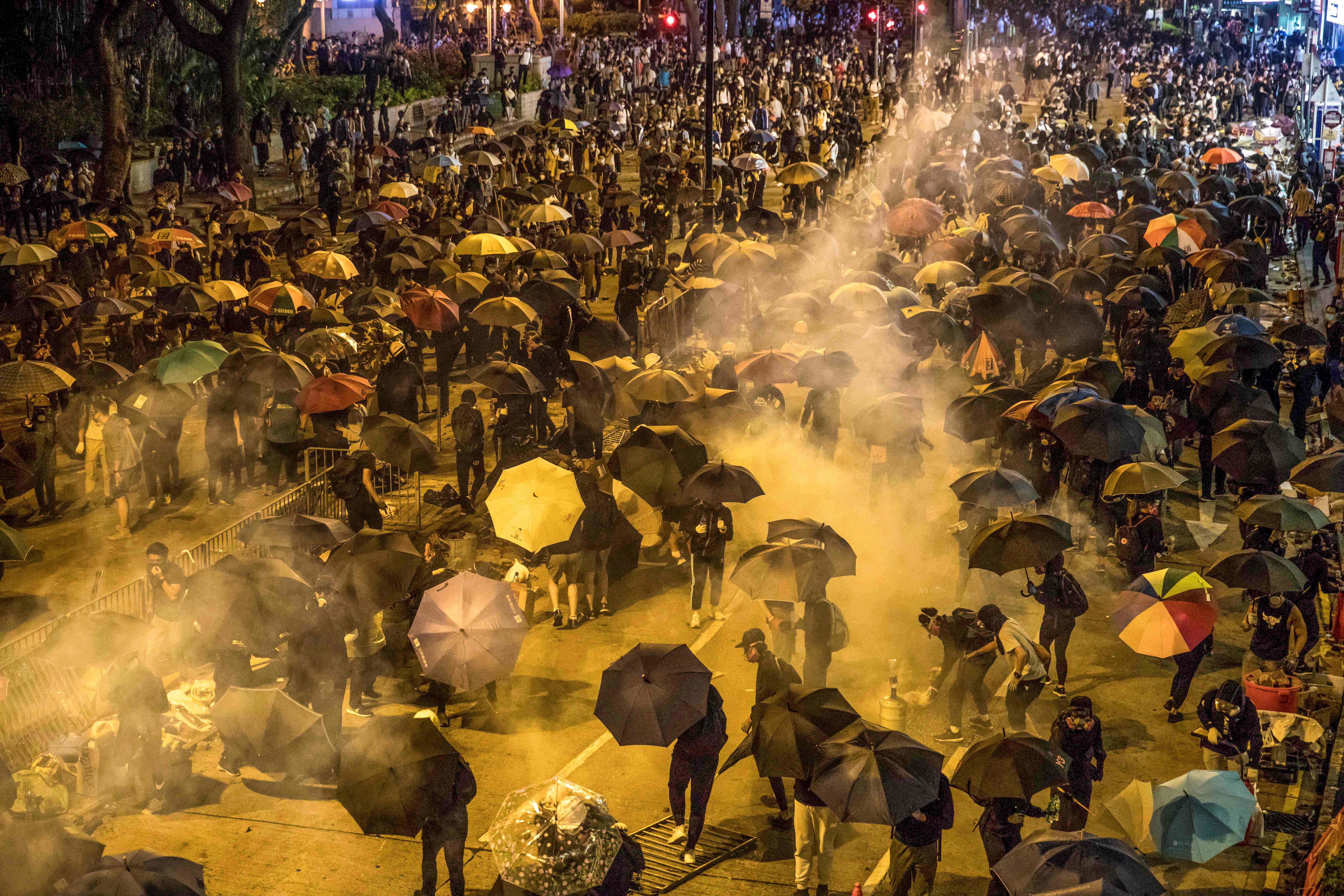 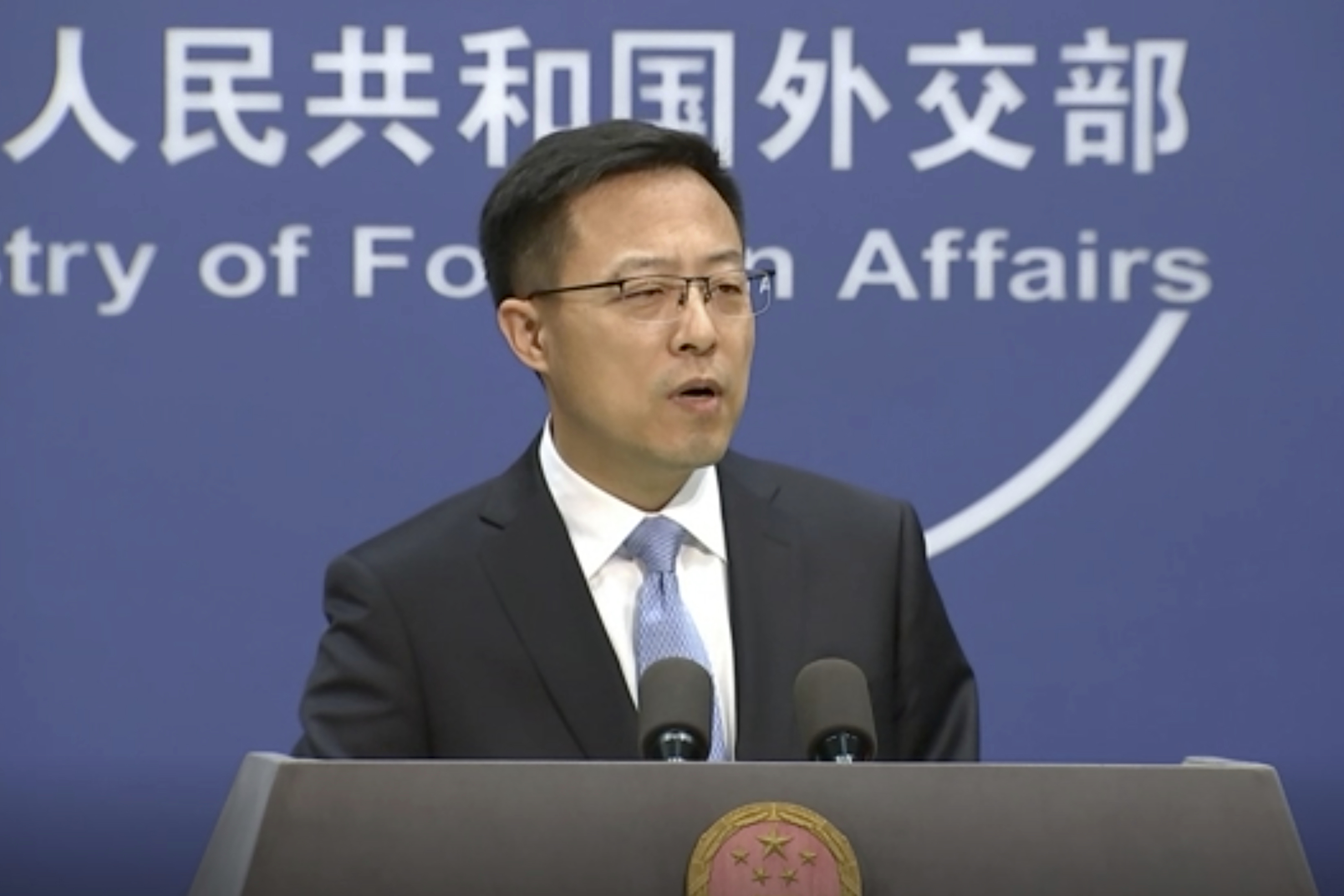 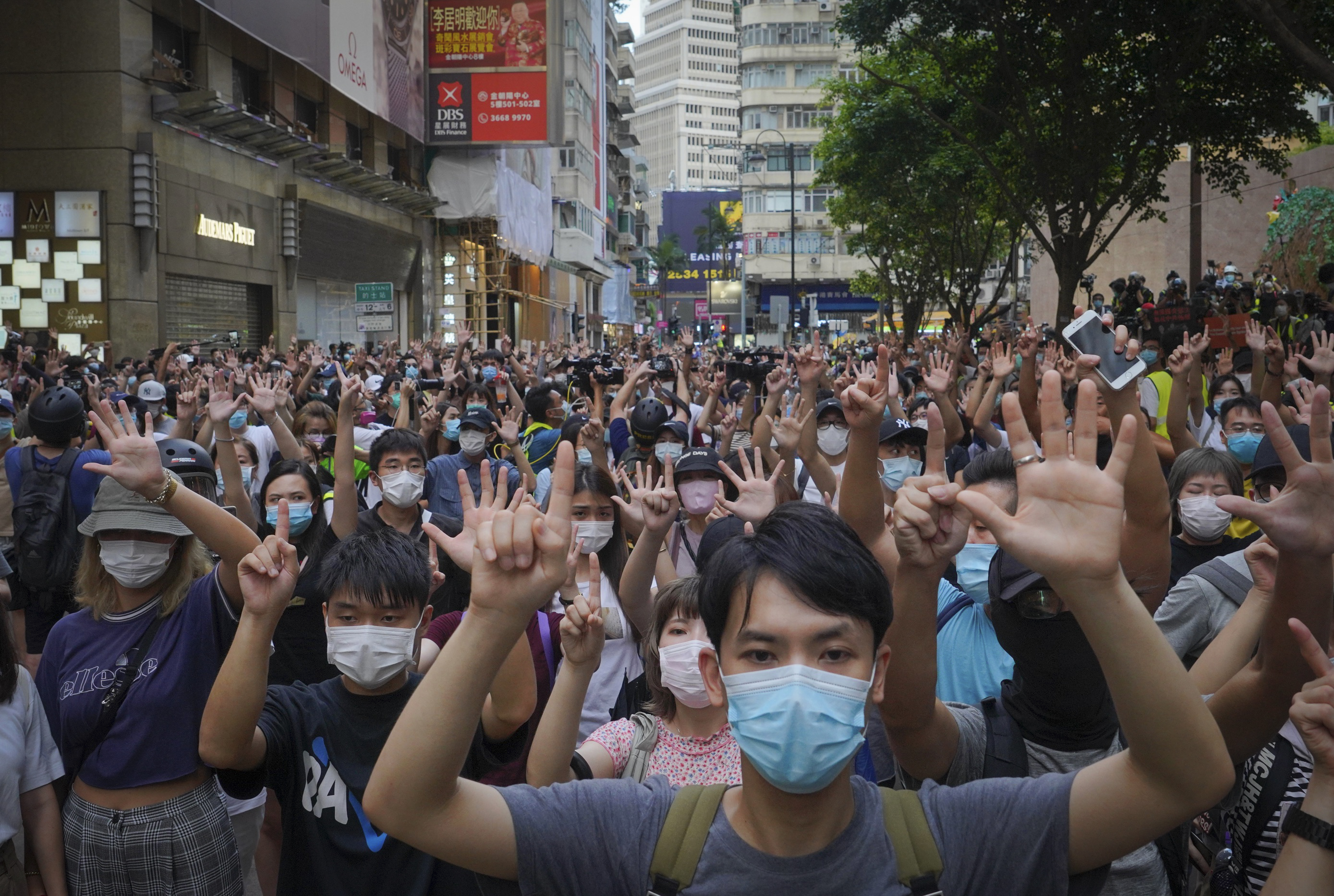 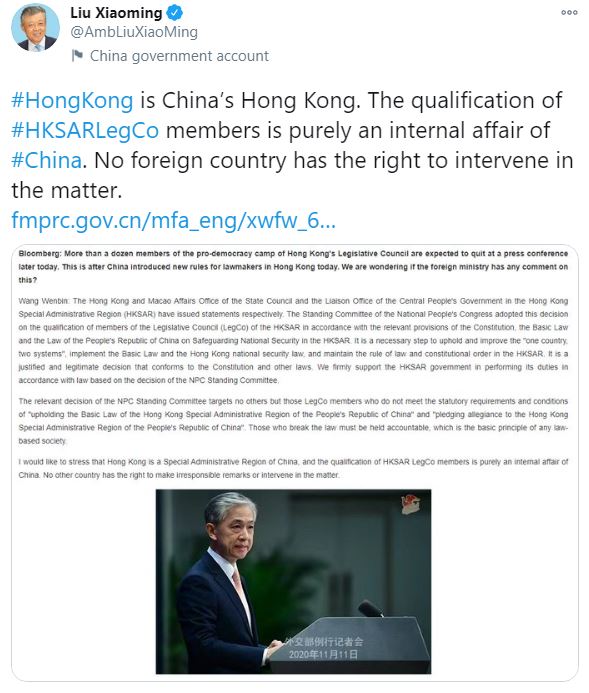 Beijing has defended the decision to expel the parliamentarians.

"This is basic political ethics around the world."

It came just a week after Downing Street summoned the Chinese Ambassador to slap down Beijing for breaking the deal to hand over Hong Kong for a third time.

Defiant Foreign Secretary Dominic Raab said China has “broken promises” and the UK will “stand up for the people of Hong Kong, and call out violations of their rights and freedoms.”

"China has once again broken its promises and undermined Hong Kong's high degree of autonomy. The UK will stand up for the people of Hong Kong, and call out violations of their rights and freedoms.

Last week, the US also imposed sanctions on four Chinese officials in Hong Kong's governing and security establishment over their alleged role in crushing dissent in the city.

Secretary of State Mike Pompeo said that the officials would be banned from travelling to the States, and any US-related assets would be blocked.

"These actions underscore US resolve to hold accountable key figures that are actively eviscerating the freedoms of the people of Hong Kong and undermining Hong Kong’s autonomy," he said.

Washington has slammed China's security law as an "unacceptable breach" of the one-country, two systems commitment.

In August, the alliance said they were "gravely concerned" about candidate disqualifications in Hong Kong and the postponement of the city's legislative election, Bloomberg reports.

Controversial security laws were passed in June this year and are considered to be extremely radical.

The measures criminalises any act of subversion, terrorism or collusion with foreign forces and it has been alleged that Hong Kong will become a secret police state.

The hardline approach is a response to growing dissidence that started to flourish in June 2019 following the emergence of a pro-democracy movement in the city.

Hong Kongers took to the streets to protest against a proposed law that extradites residents in the city convicted of crimes to mainland China and Taiwan.

But, they have since mushroomed into a broader backlash against the police, fuelled by fears of growing control by China's Communist Party.

At the time, Mr Raab described the implementation of the national security law as "grave step".

Why are people protesting in Hong Kong

In June, China passed controversial new security laws which campaigners say will turn the city into a “secret police state”

A planned law that would allow Hong Kongers convicted of crimes to be extradited to China and Taiwan sparked the civil unrest in June 2019.

Within days of the law being introduced, more than half a million Hong Kongers took to the streets.

Hong Kong leader Carrie Lam was then forced into a U-turn and formally withdrew the extradition bill.

But demos have escalated and protesters are also demanding an independent inquiry into alleged police misconduct against protesters and the unconditional release of those detained.

The demonstrations are now part of a broader backlash against the Chinese government and police brutality.

China introduced controversial security laws in June 2020 in a bid to crack down on the dissidence.

The hardline laws are considered to be the most radical changes to the former British colony since it was returned to China in 1997.

Protesters could be jailed for life, and colluding with foreign powers is thought to be a criminal offence. 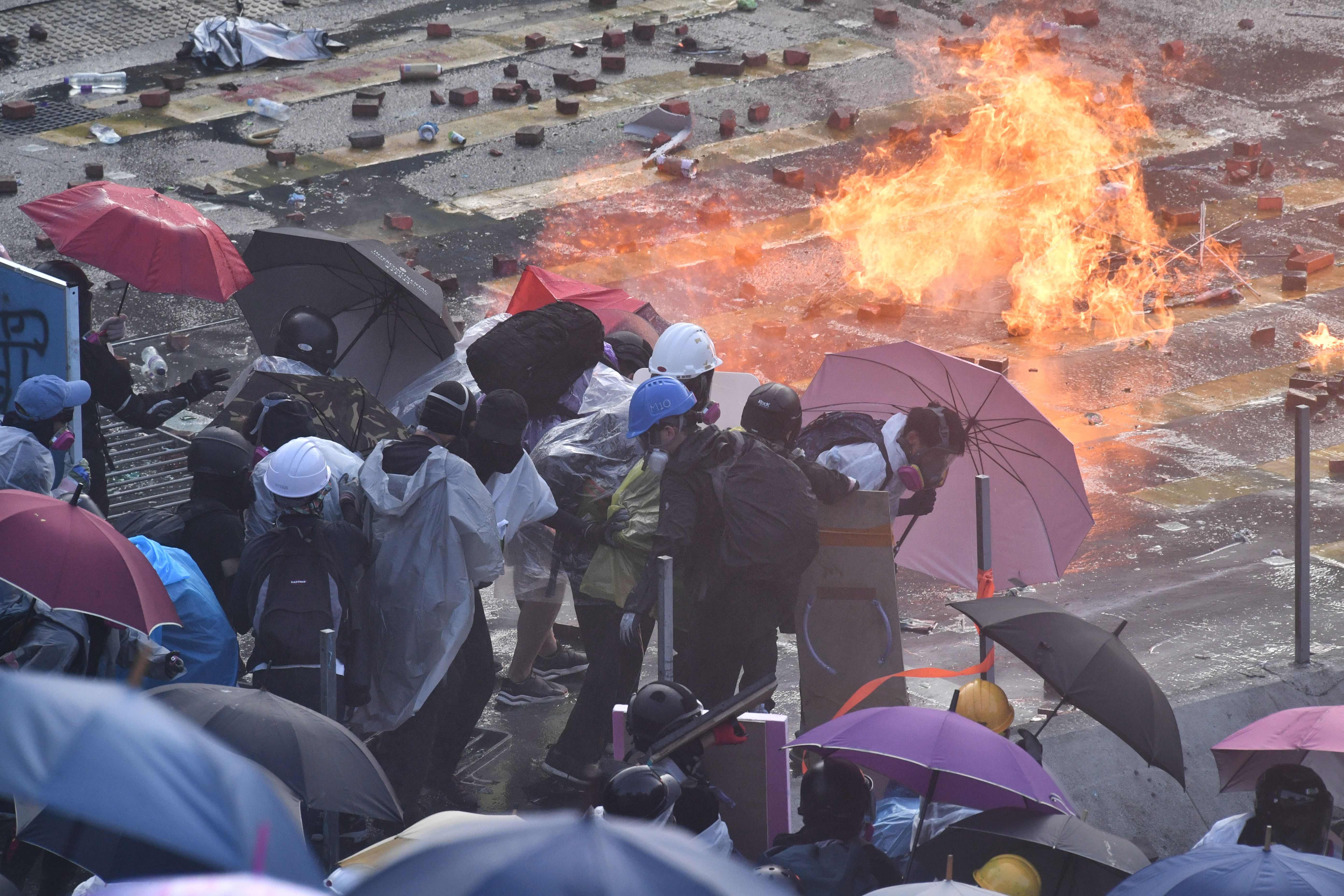 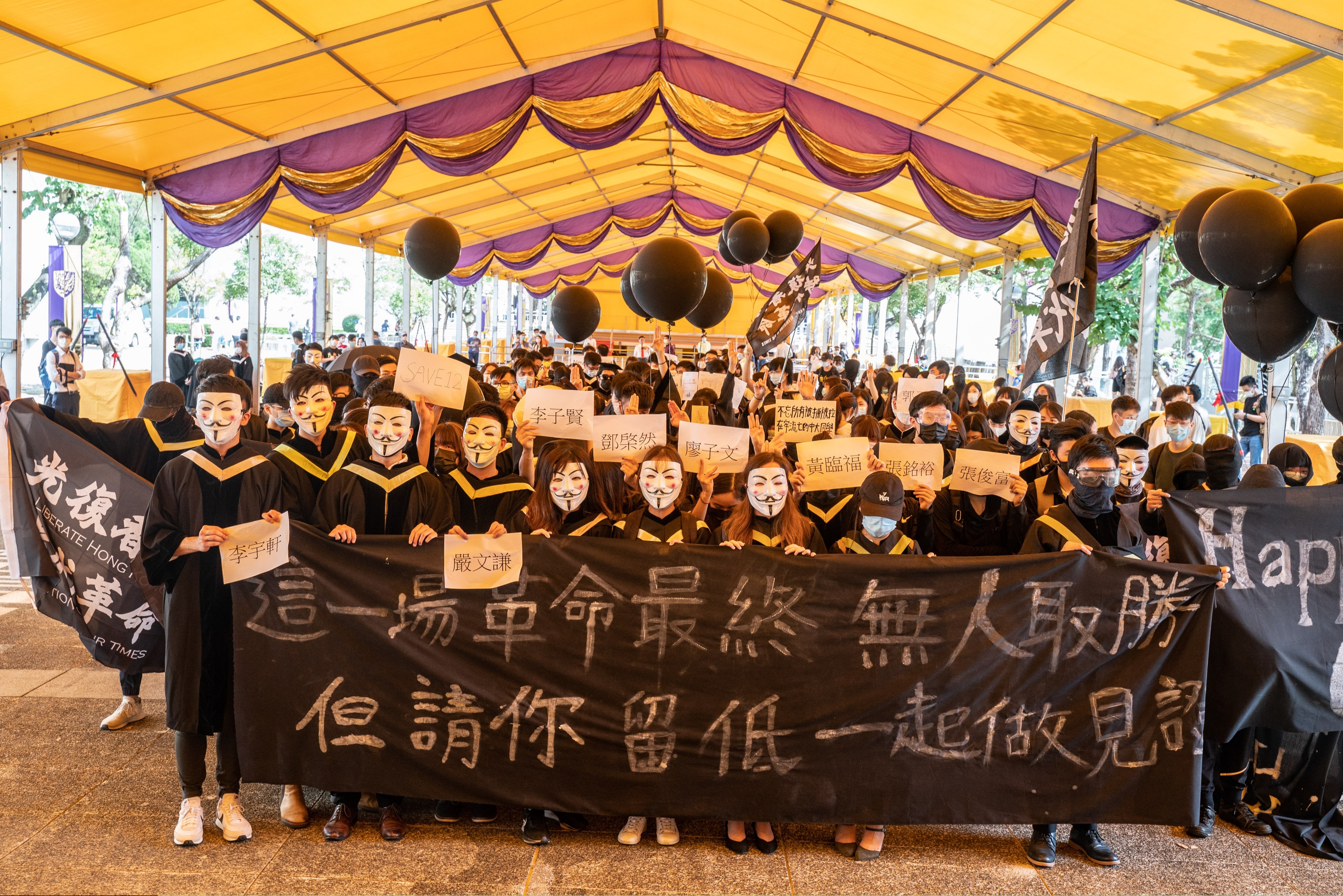 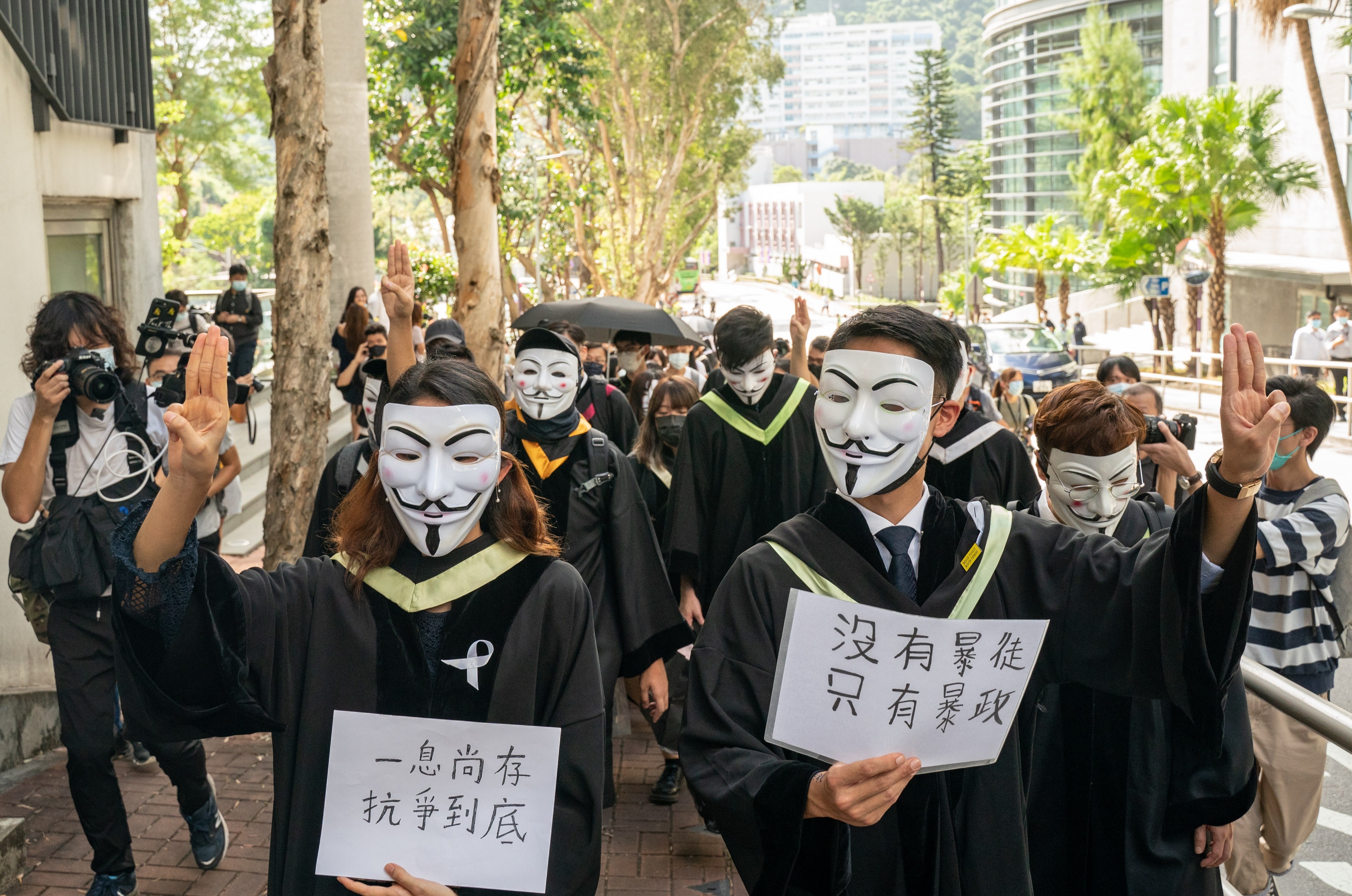 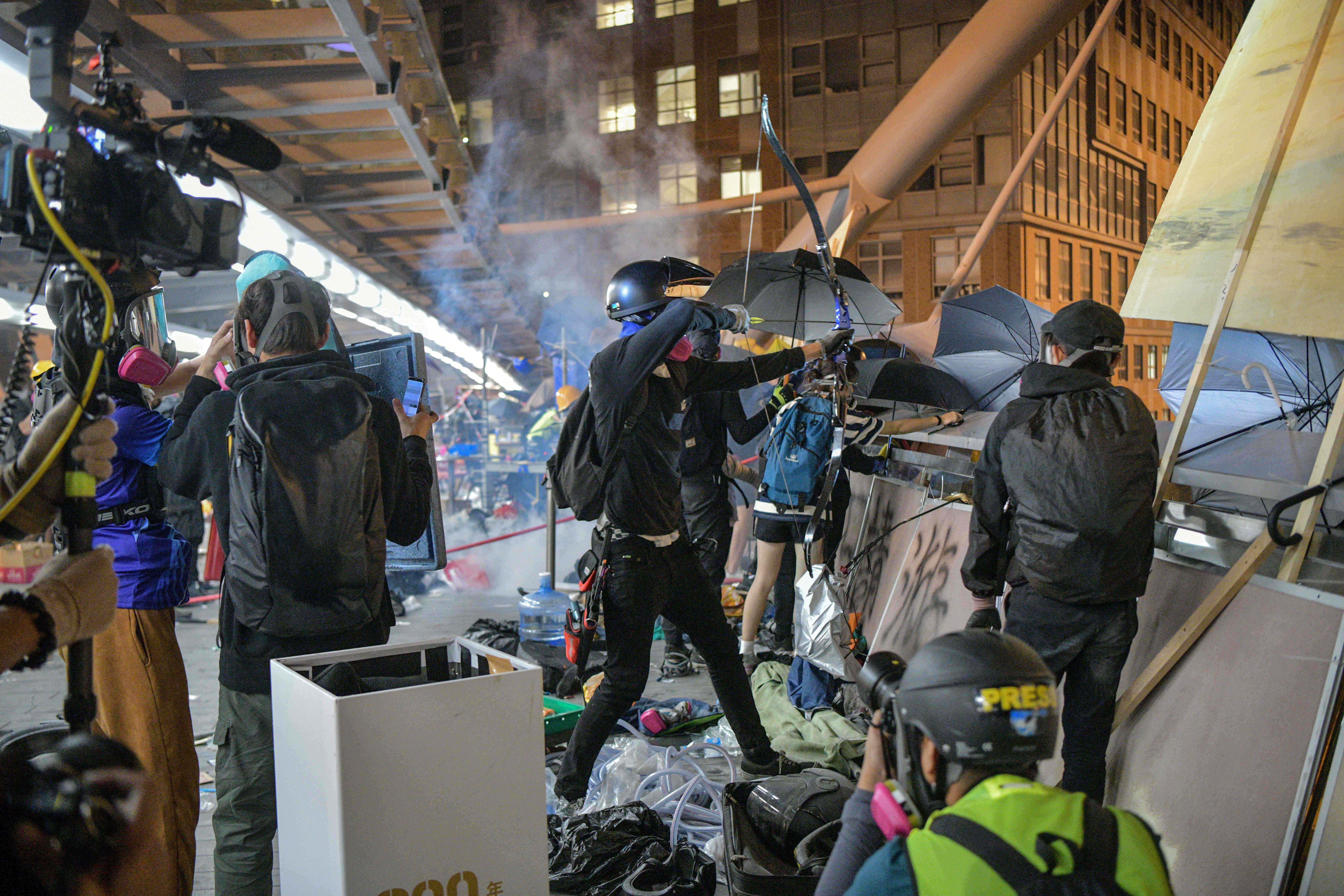