Christmas party horror as man, in his 30s, is stabbed to death at event in Birmingham as police launch murder probe

Police have launched a murder investigation after a man in his 30s was stabbed to death at a Christmas party in Birmingham.

The victim was assaulted in a house in the Bartley Green area of the city at around 11pm on Saturday.

Nine police cars and an ambulance dashed to Roundlea Road but despite attempts to save the man, he was pronounced dead at the scene.

One resident said: ‘The whole street was lit up last night with flashing blue lights.

Police have launched a murder investigation after a man in his 30s was stabbed to death at a Christmas party in Birmingham. Pictured: a cordon remained in place at the home this morning 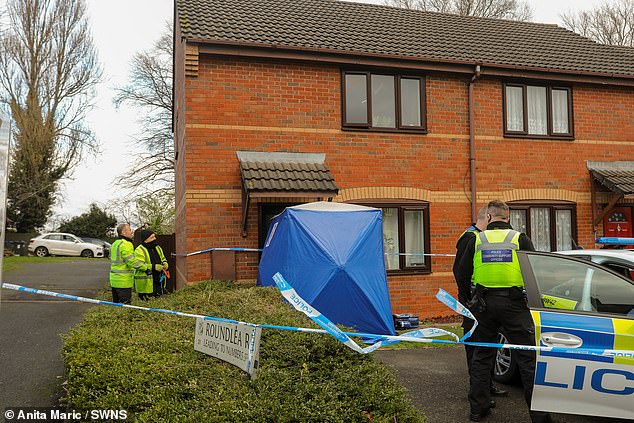 ‘A friend of mine said he’d heard a young man had been stabbed to death at a house up the road. Apparently there was a bit of a Christmas party going on.

‘It’s shocking. This area is mostly made up of young families and older people. We rarely get too much trouble. It’s worrying when this happens so close to home.’

On Sunday morning police had sealed off the semi-detached property in the quiet suburb while forensic teams scoured the area.

A blue forensic tent had been put up around the front door of the property and officers could be seen investigating in the top rooms of the home.

West Midlands Police said no arrests had been made.

Detective Inspector Jim Colclough said: ‘We are in the very early stages of our enquiry and we would like to hear from anyone who has any information about this tragic death. 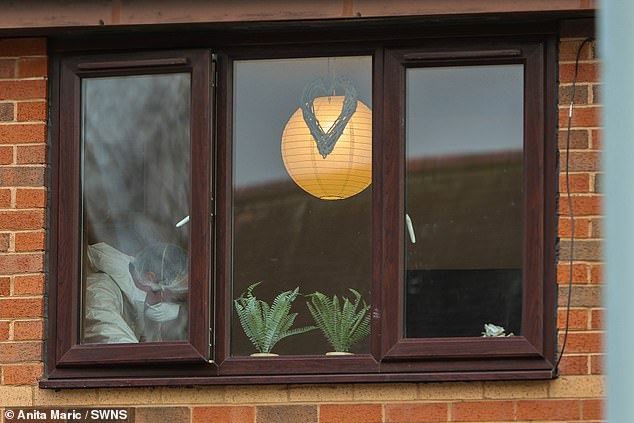 Police say the man died at the scene and his family has been told. Pictured: Forensic officers were spotted examining the home this morning where it is believed a party was taking place

‘The man’s family has been informed and specialist officers will support them as our investigation continues.’

The victim had just moved into the house with his partner and their young daughter, residents revealed as neighbours said they heard shouting coming from the property shortly before the fatal stabbing.

A neighbour of the couple said: ‘The man who was stabbed was in his thirties and lived at the address with another woman, she looked around the same age.

‘They haven’t been living there long – maybe two months at most.’

Another resident, who lives on Roundlea Road, said: ‘It is shocking what has happened, they seemed like a lovely couple.

‘I didn’t know them by their name, but I know they had a small daughter about five years old – whether that was their daughter or from a previous relationship, I do not know. 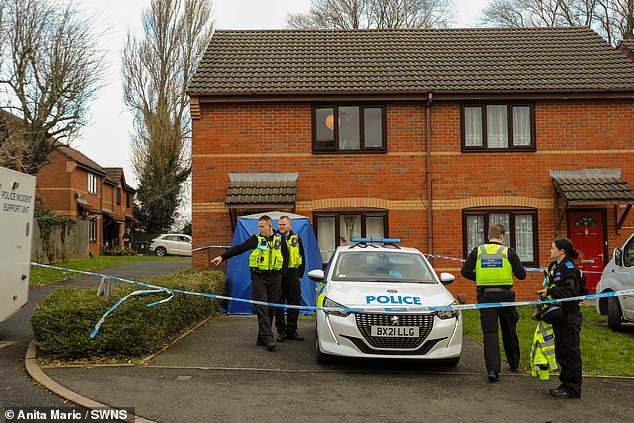 ‘We used to say hello them often when we saw them in the street.

‘We heard some shouting coming from the house on Saturday night, whether it was from them or somebody else, I don’t know.

‘We saw some blue lights arriving last night from the ambulance and police.’

Information can be given via Live Chat online west-midlands.police.uk or by calling 101 quoting log 4342 of 4/12.

Information can also be shared with Crimestoppers anonymously on 0800 555 111.