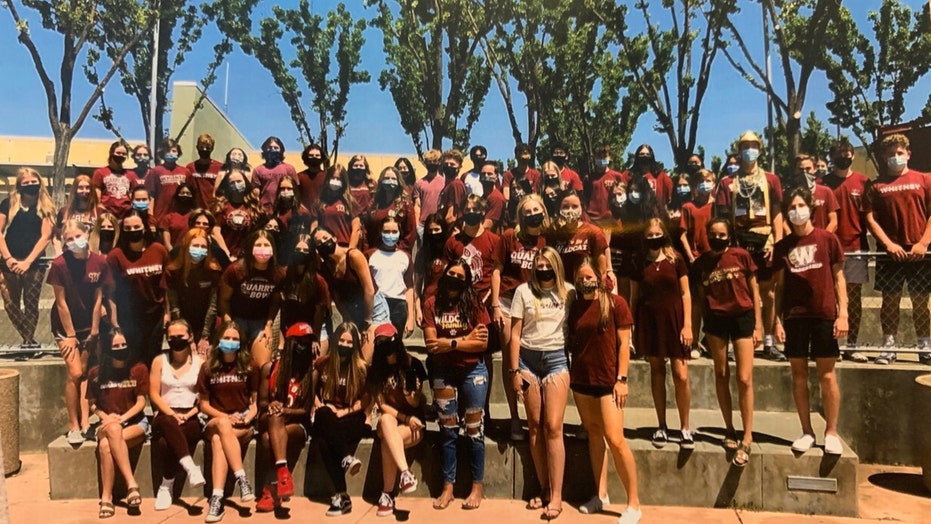 A California high school edited out from an “inclusion event” photo pins and stickers bearing the name of the popular conservative group Turning Point USA.

The school said the stickers were removed to show “school unity,” and no preference for one club over another. Turning Point USA, however, says the move is Orwellian.

“Whitney High School digitally assassinated any mention of TPUSA from a so-called ‘inclusion event’ group photo-editing out TPUSA logos & branding from students’ shirts,” Turning Point wrote of the incident on Twitter. “This is straight out of Orwell.”

A group of students from Whitney High School in Rocklin, Calif., stood together for a class photo at an event where clubs were allowed to set up tables and advertise themselves during lunch.

“I noticed all of the stickers and pins were missing,” Blake Whitney, leader of the TPUSA chapter, said when he got the photo back, according to CBS Sacramento.

Turning Point set up a table at the club fair as part of the school’s “inclusion week.” Brayden Locketz, another TPUSA member, said he was eager to discuss politics with students who were interested.

Turning Point passed out stickers that reportedly had messages like “‘I ‘Heart’ America,’ ‘Free Speech,’ and ‘USA.’”

Locketz said that the students were given no prior warning to remove their stickers before the photo was taken.

“It might have been a different story. But they went ahead and did it after the fact,” Locketz said. “They made us feel like we were bad people for doing that.” 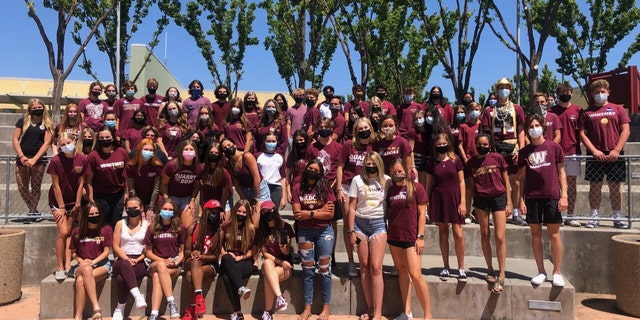 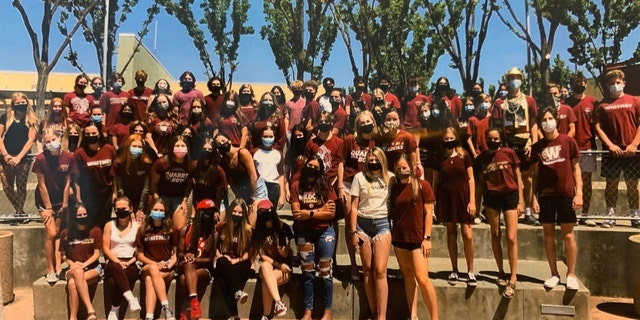 “Following the conclusion of Whitney High School’s Inclusion Week that took place last week, the Associated Student Body (ASB) student leaders participated in a group photo to show school unity. Some students wore stickers that they received from a handful of school-sanctioned clubs,” Sundeep Dosanjh, a spokesperson for the district, said, according to CBS Sacramento. “These stickers included symbols of the clubs and were removed from the group photo with the goal of honoring the group of ASB students without any other club affiliation in the spirit of equity, inclusivity and school unity.”

“It’s just really astounding to me,” Whitney said. He said that the photo was indicative of how TPUSA students felt at the school.

“Students from my club don’t feel good on this campus whatsoever,” Whitney said. “We feel like the school is trying to silence us.”

TPUSA also claimed that high school officials had told its members they could not waive signs around the booth as it would draw “too much attention,” and claimed their booth was moved to the “corner of the room” because the activities director saw the large number of students drawn to it.