Schools, shopping centres and restaurants have become the epicentres of Victoria’s dangerous Delta clusters, but a respected aerosol scientist says some of this spread could have been prevented with improved ventilation of classrooms and public venues. 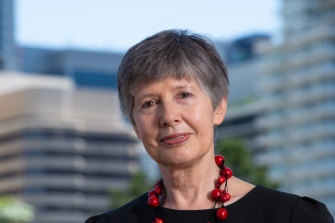 Scientists and other experts in the field say improved airflow is one of the best ways to prevent particles of the infectious Delta variant building up to dangerous levels, yet Professor Morawska said she had been observing restaurants in Australia with “shockingly high” concentrations of carbon dioxide, which is one way to measure poor ventilation.

“Something needs to be done about this,” said the professor, an adviser to the World Health Organisation who last year wrote an open letter signed by more than 200 scientists from around the world that warned the risk of airborne transmission was being dangerously underplayed.

“Because of whatever reason … politicians prefer not to talk about this, but just put their head in the sand. Well, that’s how the outbreaks happen.”

At least seven Victorian schools have dealt with Delta outbreaks in recent months – from Trinity Grammar School in Kew to Al-Taqwa College in Truganina – leaving dozens of students and teachers infected. The trend prompted one leading contact-tracing expert to say masks should be investigated as an option for schoolchildren under 12.

Authorities are now most concerned about a growing outbreak linked to stores in an indoor shopping centre in Caroline Springs, CS Square. On Tuesday, a dentist within the centre was added to the list of businesses affected, joining an optometrist, a cafe and a real estate agent.

Two senior government sources told The Age Melbourne’s sixth lockdown is set to be extended beyond Thursday, with the majority of new infections not yet in quarantine during their infectious period and authorities worried about undetected spread in the western suburbs

Authorities are looking for a much greater proportion of new cases – if not all – to have been in quarantine for their infectious period for several days before the lockdown is lifted.

Five of Tuesday’s 20 new cases fit that criteria, up from one of Monday’s 11 and none of Sunday’s 11.

“It does seem to be heading in the right direction,” said one government source, who asked to remain anonymous as they were unauthorised to speak publicly.

An announcement on the extension could come as soon as Wednesday.

NSW reported a record 356 new cases and three deaths on Tuesday. At least 97 of the new cases were infectious in the community.

Although there have been increasing passing references made to improving ventilation by public health officials, the relative silence on the issue, which in some cases could be as simple as opening a door or window, continues to frustrate those in the field.

Bacchus Marsh Grammar was last month at the centre of a large coronavirus outbreak that swelled to about 20 cases, infecting at least 10 students, teachers and staff. The school’s principal, Andrew Neal, is examining how to avoid another outbreak, but he warned ventilation measures were difficult to implement.

“The speed at which this thing moved was very significant,” Mr Neal said. “We’ve started looking at medium-level solutions. Do we need to put more windows in the school to improve airflow? Do we need to knock out walls? All of these are going to take time.”

Mr Neal said the school was very keen to improve airflow in classrooms and corridors, but advice given by the Victorian Health Department on how to manage airflow was impossible to implement overnight.

“Schools for many, many years have been told to focus on insulation … energy saving rather than energy usage and now all of a sudden, we are being told, well, we want the windows open, we want fresh air into the place and we want no recycled air conditioning,” he said.

“I accept all that advice completely, but that doesn’t all happen overnight or even within 18 months.”

Mr Neal said it had been an emotional few weeks after a teacher infected with the virus was left fighting for life in intensive care.

“This was an extremely fit 50-year-old who was very, very ill,” he said. “Having our own staff and students fall ill really affected the entire school community.”

Contact-tracing expert Marion Kainer said schools were emerging as Delta hotspots, in Victoria and elsewhere, because children were not yet vaccinated.

“I also suspect it’s to do with the fact that Delta is just so much more infectious,” she said, adding consideration should be given to lowering the age of mandatory mask wearing in schools from the current age of 12.

The head of infectious diseases at Western Health, Dr Kainer said ventilation was something “which we as a society need to pay a lot more attention to”.

She said that in schools and restaurants such as Ms Frankie in Cremorne, where there was a major super-spreading event last month, people could look at using portable air filters, known as HEPA filters, to help clean the air.

Robyn Schofield, director of the environmental science hub at the University of Melbourne, said carbon dioxide monitors were extremely useful to identify issues with ventilation inside buildings.

It was unclear what the safe carbon dioxide level was for the coronavirus, but there was an indication above 850 indoors was “unacceptable” when it came to the Delta strain.

A coalition of health and air quality groups, including the International Laboratory for Air Quality and Health, headed by Professor Morawska, wrote to federal Health Minister Greg Hunt a year ago calling for an immediate review of the emerging evidence on airborne spread of the COVID-19 virus and an implementation of a healthy building strategy.

But the Queensland University of Technology professor said she had been left extremely frustrated with the inaction.

She said some recent COVID-19 cases could have been prevented with better ventilation and every public place should have a carbon dioxide monitor reading displayed.

Lower carbon dioxide rates could also have another benefit for schools and workplaces.

“If there is too much CO2, in the longer term it makes us tired and sleepy and so on,” Professor Morawska said.

Victoria’s North Eastern Public Health Unit director, Paul Johnson, who oversaw a team of about 230 tracers that quickly quashed the state’s biggest Delta outbreak yet, at Ms Frankie restaurant, said every cluster of the variant was now an emergency.

Professor Johnson said samples taken from Victorians infected with the Delta variant indicated the concentration of the virus was much higher than it was in those infected last year.

There is also some suggestion Delta can more easily attach itself to the throats of younger people who are fuelling coronavirus spread, although this is yet to be proved.

“We’ve got faster systems, but a faster virus, and so it’s really neck and neck at the moment,” Professor Johnson said.

A Victorian Health Department spokesperson said assessments of ventilation were routinely taken in exposure sites and location where people were quarantining to determine how airflow could be best optimised.

Apartment towers have also emerged as locations of concern during the Delta era, due to their shared indoor spaces.

Testing continues at two Flemington public housing towers after three residents were among Tuesday’s new cases. The trio and the eight family members who tested positive on Sunday are in hotel quarantine.

COVID-19 response commander Jeroen Weimar on Tuesday urged all visitors to CS Square Shopping Centre in Caroline Springs – the area of most concern in Melbourne’s west – between July 27 and August 5 to get tested.

A doctor who works at Melbourne’s Royal Children’s Hospital was reported positive for COVID-19 on Tuesday.

Stay across the most crucial developments related to the pandemic with the Coronavirus Update. Sign up for the weekly newsletter.