Prince Andrew is expected to attend a service to mark Garter Day at Windsor Castle next Monday with other members of the Royal Family.

The Duke of York was forced to pull out of the Queen’s Service of Thanksgiving at St Paul’s Cathedral in London one week ago after testing positive for coronavirus.

But Andrew is now said to be ‘Covid-free’ and is therefore expected to be at the service at St George’ Chapel in Windsor for members of the Order of the Garter.

The Duke could even walk in procession from Windsor Castle to the chapel with other Royal Family members, before returning to the castle in a carriage.

Buckingham Palace has not yet confirmed whether the Queen will attend the service, which is one of the most important dates in the annual royal calendar.

A source close to Andrew told Newsweek that he is ‘still planning to attend’ the service, which will see also Camilla installed as a Royal Lady of the order. 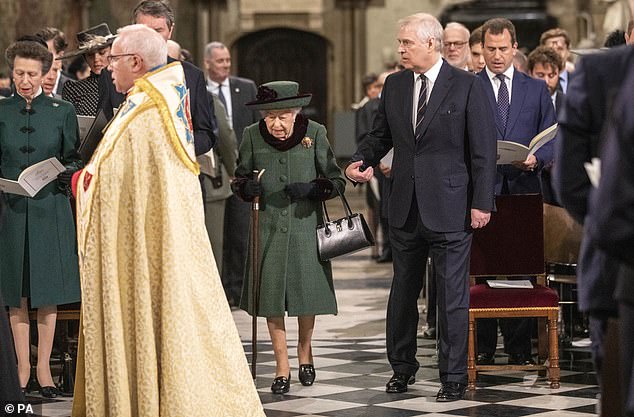 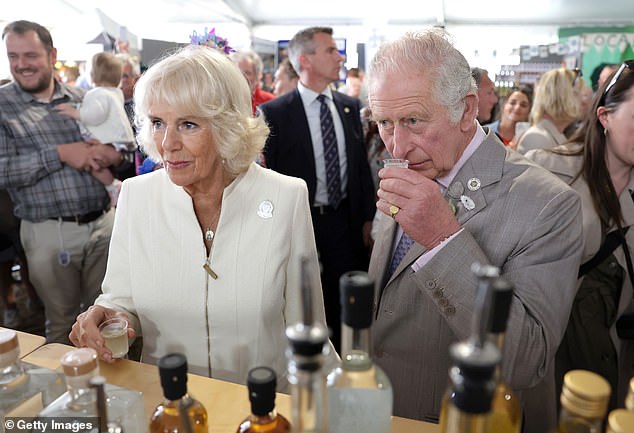 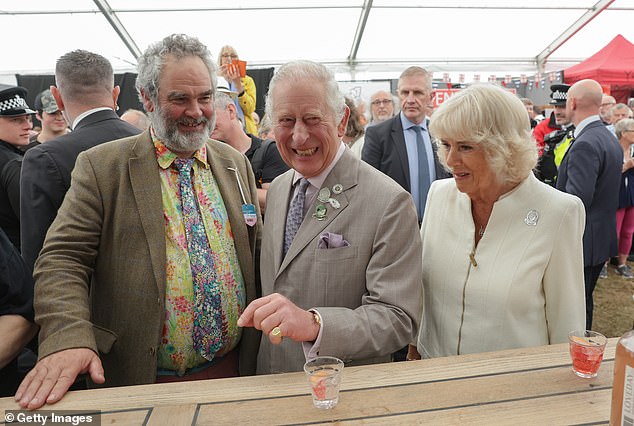 The monarch’s disgraced second son stepped down from public life after the furore over his friendship with paedophile billionaire Jeffrey Epstein, and paid millions to settle a civil sexual assault case to a woman he claimed never to have met.

Andrew was cast out of the working monarchy and no longer uses his HRH style after Virginia Giuffre, who was trafficked by Epstein, accused him of sexually assaulting her when she was 17. The Duke denied the claims.

Before the Jubilee weekend, Archbishop of Canterbury Justin Welby had suggested Andrew was ‘seeking to make amends’, adding: ‘I think that’s a very good thing.’

Andrew took a central role in escorting his mother to the Duke of Edinburgh’s memorial service at Westminster Abbey in March. 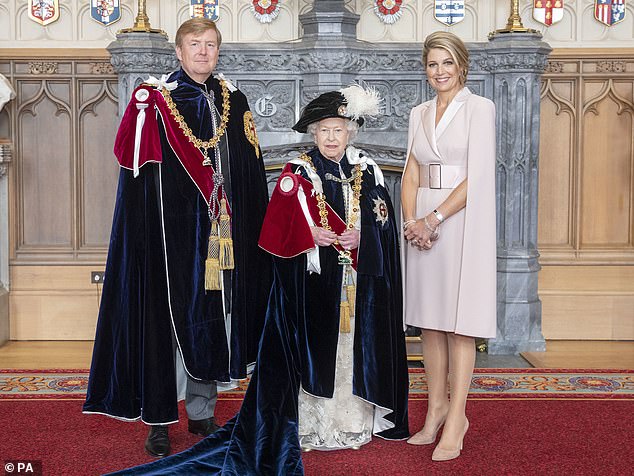 Queen Elizabeth II (centre) with King Willem-Alexander of the Netherlands and his wife, Queen Maxima, in St George’s Hall at Windsor after the king was invested as a Supernumerary Knight of the Garter, ahead of the Order of the Garter Service at St George’s Chapel on June 17, 2019 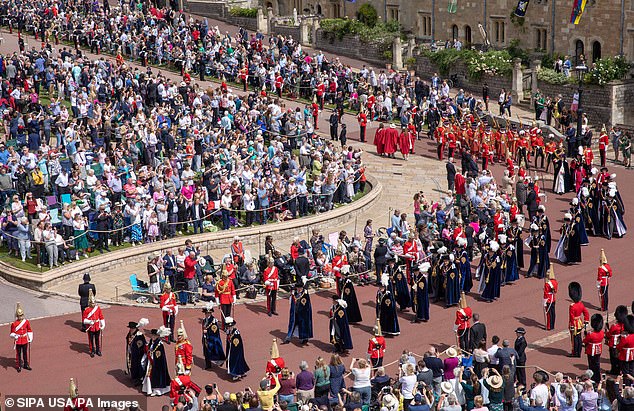 The Royal Family in procession at Windsor for the Order of the Garter service on June 17, 2019 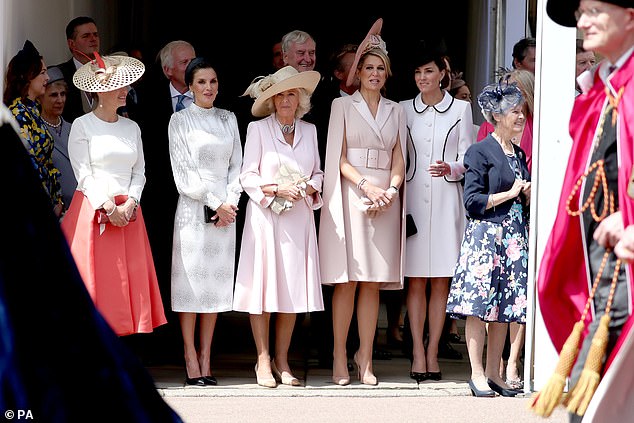 (left to right) Sophie Countess of Wessex, Queen Letizia of Spain, the Duchess of Cornwall, Queen Maxima of the Netherlands and the Duchess of Cambridge stand together as they watch the annual Order of the Garter Service at St George’s Chapel in Windsor on June 17, 2019

It came as a surprise change to the planned arrangements – only weeks earlier he had been banished from royal public life and paid to settle his court case. The move was taken as a sign of the monarch’s support for her son.

At the service next Monday, former prime minister Sir Tony Blair will be installed as a Knight Companion of the order, the oldest and most senior British Order of Chivalry.

Former United Nations under-secretary Baroness Amos will be installed as a Lady Companion of the order, established by King Edward III nearly 700 years ago.

The Order includes The Queen, who is Sovereign of the Garter, several senior Members of the Royal Family, and 24 Knights or Ladies. 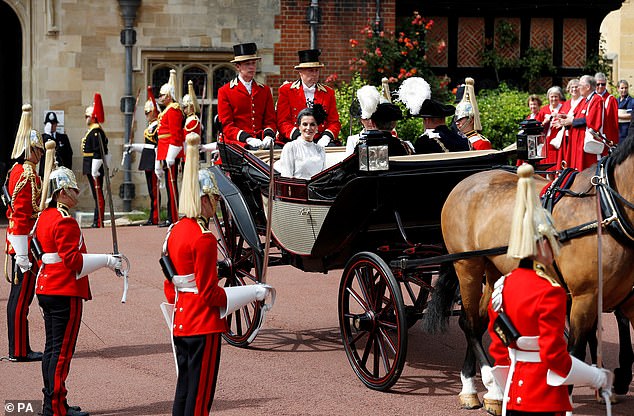 Spain’s Queen Letizia leaves the Order of the Garter Service in Windsor on June 17, 2019 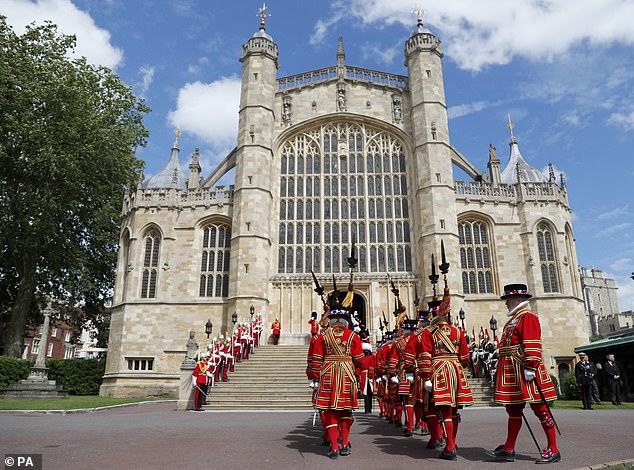 Yeomen Warders during the annual Order of the Garter Service at Windsor on June 17, 2019

They are people who have held public office and are personally chosen by the Queen in recognition of their work.

They have normally contributed in a particular way to national life or have served the Queen personally.

Supernumerary, or ‘Stranger’ Knights, are overseas monarchs appointed to the Order, and are in addition to the 24 Knights or Ladies.

The King of Spain and the King of the Netherlands were both installed as members of the Order at the Garter Day Service in 2019.