BEIRUT (Reuters) – Lebanon is on the brink of forming a new government, caretaker finance minister Ali Hassan Khalil said on Thursday, as pressure mounts to put forward an economic rescue plan to pull the country out of a deep financial crisis. 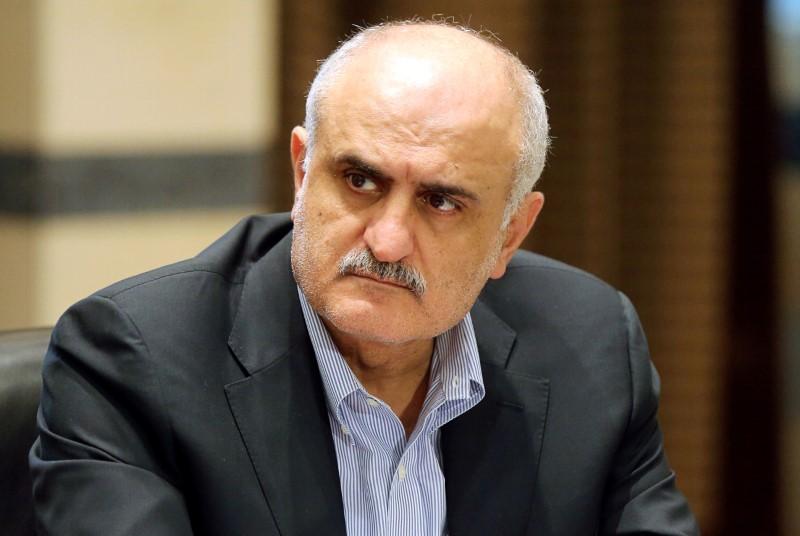 Lebanon has been without a government since Saad al-Hariri resigned as prime minister on Oct. 29 in the face of sweeping protests against the country’s elite, complicating efforts to mount an economic recovery.

“Today I think that we have progressed to a very big extent and we can say that we are on the doorstep of forming a new government,” said Khalil.

Senior political sources said economist Ghazi Wazni was set to be named finance minister in the new cabinet. Wazni has served as an adviser to parliament’s finance and budget committee.

He will take on the role amid a crisis that has shattered confidence in the country’s banks and growing concerns over its ability to repay one of the world’s highest debt burdens, with $2.5 billion in Eurobonds due in 2020.

Khalil said decisions about the Eurobond maturities should come as part of a “comprehensive plan” put forward by the new government.

Lebanon’s debt problems jumped back into focus this week after reports emerged of a bid by the central bank governor to try and delay some of this year’s bond repayments, a move that could constitute a selective default.

Last month Hassan Diab, a little-known former minister, was designated as premier to form a new government after the failure of efforts to forge a deal for the return of Hariri, an ally of the West and Gulf Arab states.

Speaking to reporters after a meeting between Diab and parliament speaker Nabih Berri, Khalil said the new cabinet would be comprised of 18 specialist ministers.

Protesters who blame the country’s elite for endemic corruption that has plunged the economy into crisis have demanded that any new government be made up of technocrats.