A TEENAGE girl left dripping with blood screamed "mum, I've been stabbed" after she was slashed by a stranger.

Two girls were stabbed on the way to school in random attacks in Croydon, South London last week. 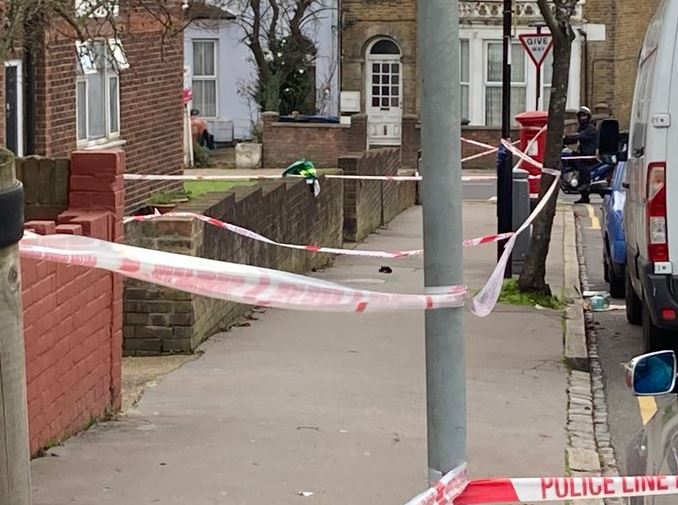 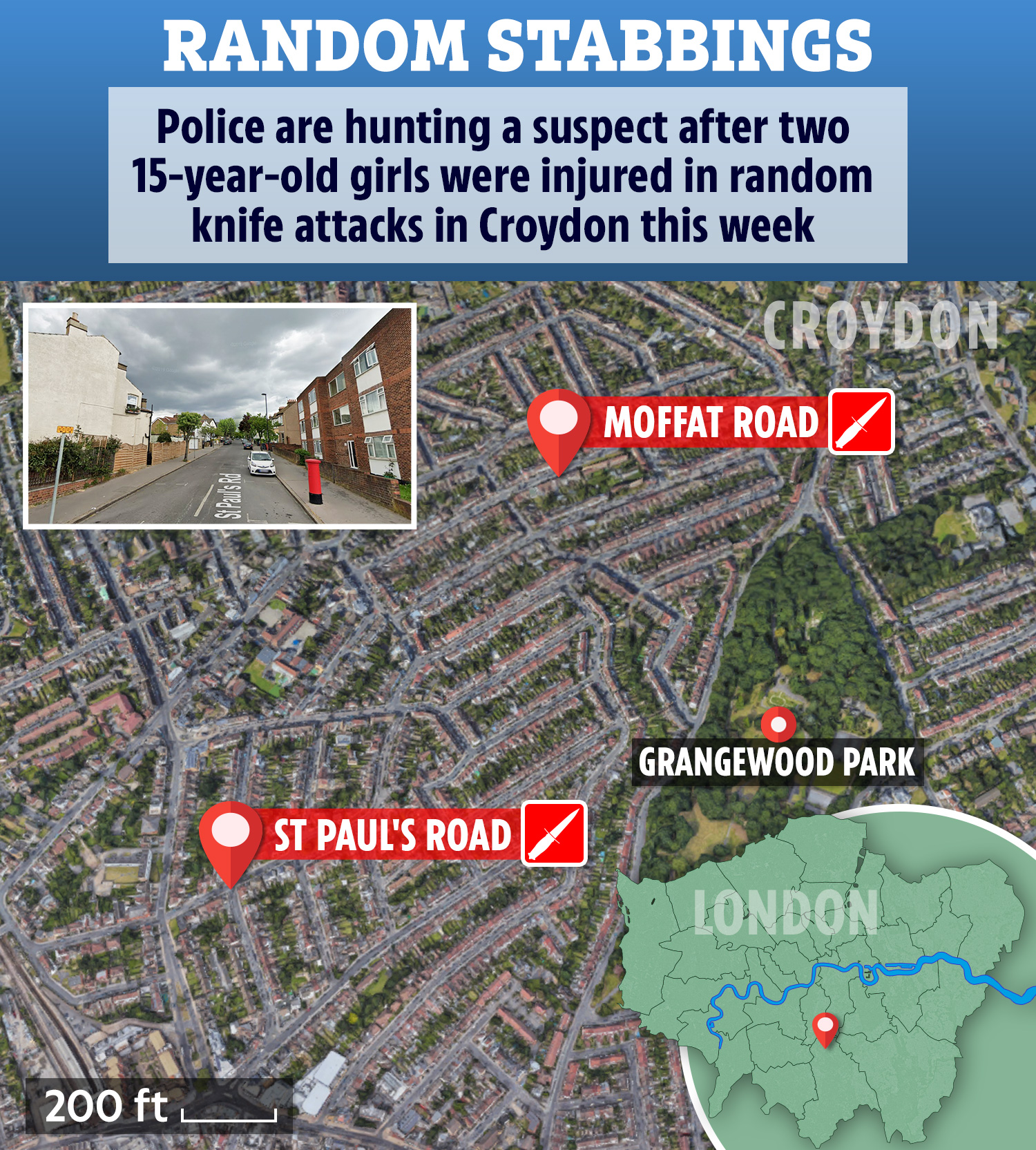 A grandmother doing the school run rushed over to help one of two schoolgirls stabbed when she heard her cry out for her mum.

The terrified 15-year-old was slashed in the arm by a stranger on Friday morning just five minutes after waving goodbye to her mum on her way to class.

Strangers gathered to help her on the street – including the father of another 15-year-old girl who was stabbed in the leg just two days prior by a man of the same description in the same area.

Train driver Paula Anderson, 46, told how she was putting her grandchildren in the car on the way to nursery when she heard a girl scream “I’ve been stabbed".

The brave grandmother, from Croydon, buckled the tots into the car, rushed to the girl’s aid, called 999 and grabbed a towel from her home to help stop the bleeding.

She said: “I helped the young lady but by the time I came out, the guy had already stabbed her.

“I think as soon as he stabbed her, she realised something was wrong but then she ran away and blood was dripping from her arm.

“I was just getting my grandkids into the car and I saw a little girl leaning on the wall.

Ms Anderson said she first thought the girl was joking around – before realising the seriousness of the situation.

She said: “I quickly buckled the kids in, locked the door and ran down.

“I said ‘has anybody called the police or the ambulance?’ and nobody had. So I quickly called 999 and ran back here to get her a towel, wrapped her arm and waited for the police.

“When I saw the blood was dripping, I thought it just need to stop it.’

“She did not say he was following her. She was just walking to school and the mum had just left her five minutes ago.

“After it happened, the mum drove here and she was in shock. She didn’t know what to do and she was upset, obviously, because her child had just been stabbed.

“The police and the ambulance were here dealing with the girl so she couldn’t really get to her."

Ms Anderson said she left a note for the girl's mum, and has been told the teenager is recovering well.

She said: “I guess she will have that scar for the rest of her life. I didn’t look at the time, I didn’t want to see.

“Why would somebody want to walk up to somebody and stab them for no reason? It is just unbelievable, scary, shocking.

“I have got two grandchildren. They are still young but still when I walk out the door, I will be looking up and down and looking around just to make sure it is safe."

A 15-year-old boy has been arrested on suspicion of two counts of grievous bodily harm in connection with the stabbings.

A Met Police spokesperson said: "The teenager was arrested in the early hours of Sunday at a residential address and is now in custody at a south London police station."

During the first stabbing on Wednesday, a concerned mum ran out to help the schoolgirl.

The woman’s husband, who did not wish to be named, raised the alarm when he heard screams from outside.

His wife rushed out onto the street with a flannel to help the 15-year-old who had been stabbed in the leg while she was walking to school with her friend.

The resident said: “I heard the screaming and then my wife went out but she didn’t happen to see what happened.

“She brought a flannel from inside to bind the wound. She told me it was her right leg."

Neighbour Nicky Bennett, 40, told of her fears for her 15-year-old daughter as the knife man remains on the loose.

The bus driver trawled through her home CCTV and told of the chilling moment she saw a man run past her house moments after the attack.

The stabbings have terrified parents in the area, leaving them scared to let their daughters leave the house.

Flavia Mendonca, 44, who lives on the road where the second schoolgirl was stabbed, said she is now frightened for her 13-year-old daughter.

The beautician, from Croydon, said: “I am very worried about it. I have a 13-year-old daughter but I had taken her to school that same morning in the car.

“It happened in front of the church and then the girl was running down the road. The emergency services came to help her just at the bottom of the road.

“When I came back from dropping my daughter off, there were so many police and I said ‘what happened?’

“The girl wasn’t here anymore but there were a lot of officers and about two or three police cars.

“The school encourages parents to let their children walk to school alone but now, I will never let her go alone.

“After it happened, I walk with the dog alone and my daughter stayed inside because we do not know what is happening and I am afraid.”