A CYCLIST who went viral for knocking over a young girl on an icy path during a Christmas Day walk is now suing her dad for posting the video online.

Patrick Mpasa shared the video last year of the unnamed cyclist knocking down his little daughter Neia on their festive stroll in Belgium. 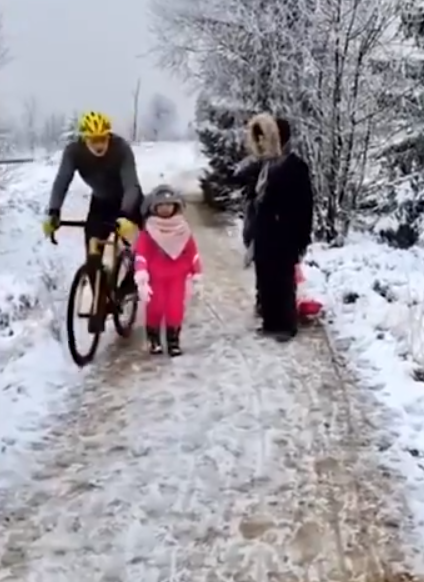 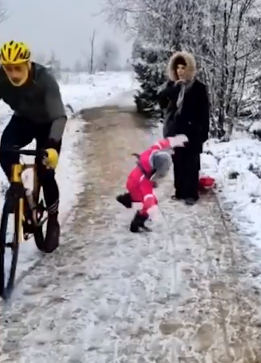 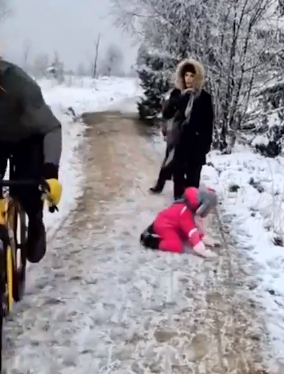 The video was widely shared on social media and sparked outrage as furious viewers blamed the bike rider for knocking the girl down.

In the video, the five-year-old girl is seen walking by her mother's side on the snow-covered path as the cyclist approaches them from behind.

Just as he rides alongside the girl, he seemingly extends his knee out.

He hits the little girl and knocking her to the ground before continuing on his way seemingly unphased.

The family said the man did not stop to check if the girl was okay but carried on cycling down the path.

Mpasa, who managed to catch up with him, said last year: "He explained what happened and asked us to withdraw the police complaint, but he showed no remorse and did not apologise."

The dad insisted that he was not seeking revenge but wanted to share the images on social media to "raise awareness" about dangerous situations on the road.

He said: "A lot of people tell me that I should have hit him, but I don't agree and, in any case, I was in front of my children, which would have made things even worse for them. I also don't want a witch hunt, I just want him to apologise."

Mr Mpasa shared the video online where it went viral.

The public prosecutor’s office was made aware of the incident and the police tracked down the suspected cyclist.

During a court hearing on February 3 the cyclist claimed that the incident had happened because he had tried to keep his balance.

He said: "When I was riding close to the girl, I felt my rear wheel sliding. To avoid a fall, I balanced myself with a movement of my knee.

"I felt that I might have hit the girl, but did not immediately realise she had been knocked over."

The man also assured the judge that there was not enough room to pass the girl on the other side. 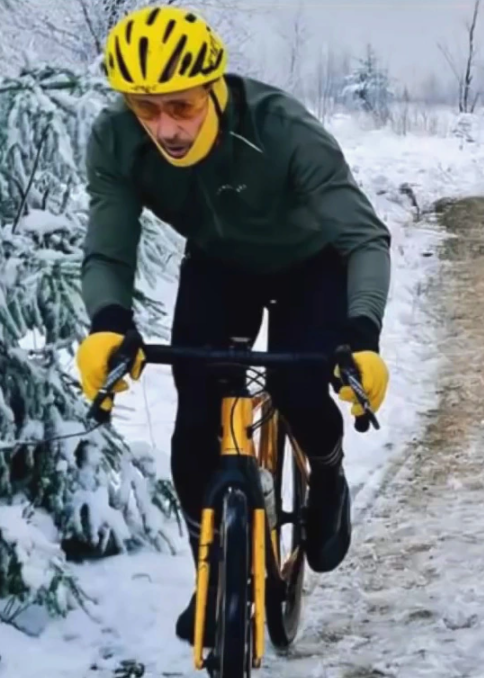 In the end, the cyclist was not fined or sentenced by the court – but he was ordered to pay the girl’s family just €1 – equivalent to 86p – in compensation.

Almost a year after the incident, the cyclist is heading back to court, but this time, to sue the girl's father for defamation.

He said that the video resulted in him feeling threatened by the public and even scared to leave his own house.

Jacques Englebert, Mpasa's lawyer, responded: "We have the right to express ourselves.

"We have the right to post or have posted a video on the internet. In this case, we must check whether we have exceeded the limits of this freedom of expression."

The two parties are expected to meet for the first time on 18th November and the trial is expected to take place in the first half of 2022.