DAILY coronavirus infections have soared by 62 per cent in a week – but the rate for those over the age 70 are falling, new data show.

The latest Office for National Statistics figures show there were an average of 27,900 new Covid-19 cases per day in England between October 2 and 8. 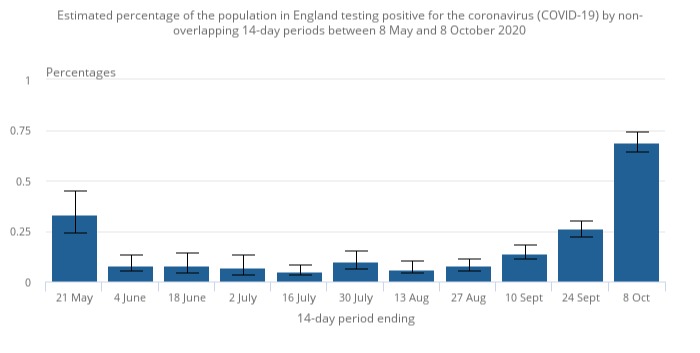 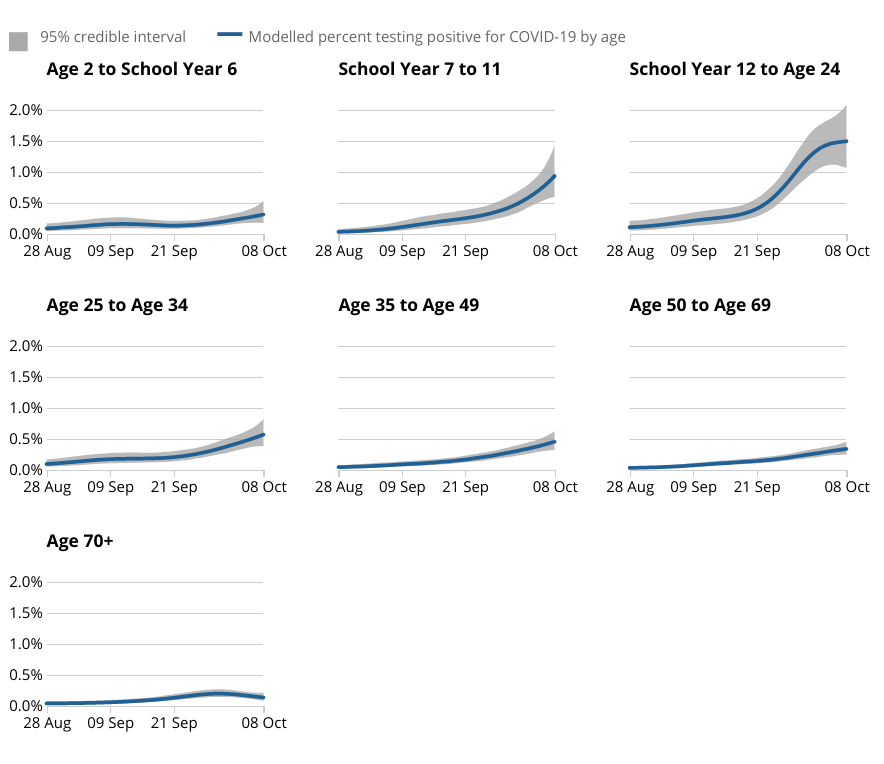 The figures also show that the current rates of infection are highest in older teenagers and young adults – with smaller increases in all other age groups, except the over 70s.

However, the statisticians cautioned that those in the oldest age category are also the most vulnerable to Covid-19 and are more likely to suffer severe outcomes or die.

An ONS spokesperson said: "There continue to be rises in all age groups, up to and including the 50 to 69-year-olds.

"While positivity is highest in secondary school-aged children and 17 to 24-year-olds, there are now also more signs of growth in the 25 to 69 years age categories.

"Caution should be taken with the 70 years and over age group where we have yet to see the same levels of growth as in other age groups.

"This is based on statistical modelling of nose and throat swab test results." 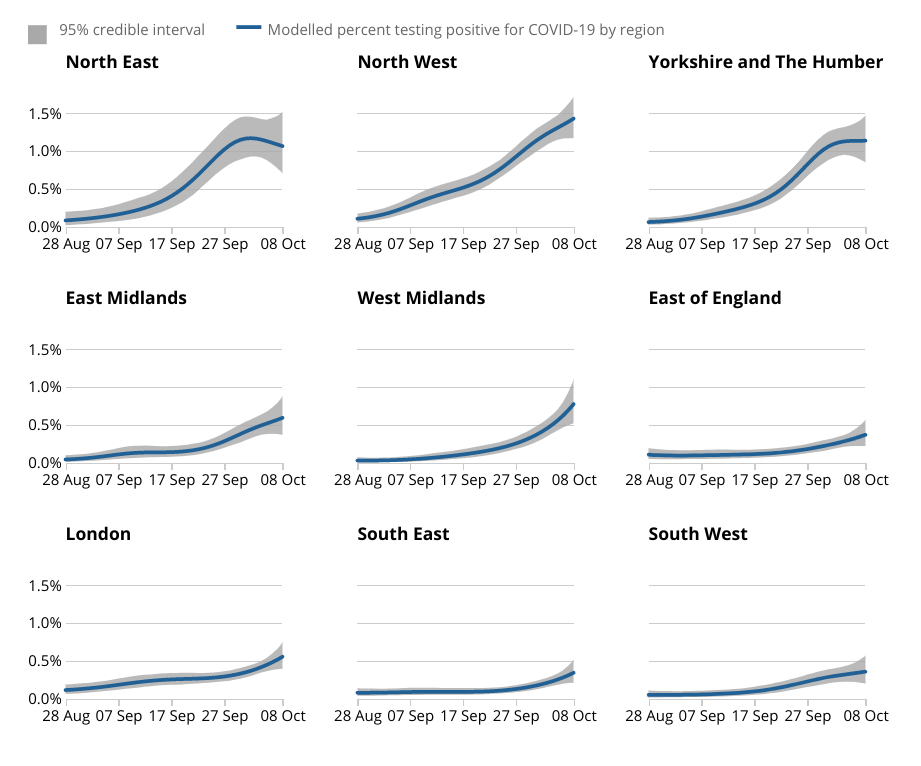 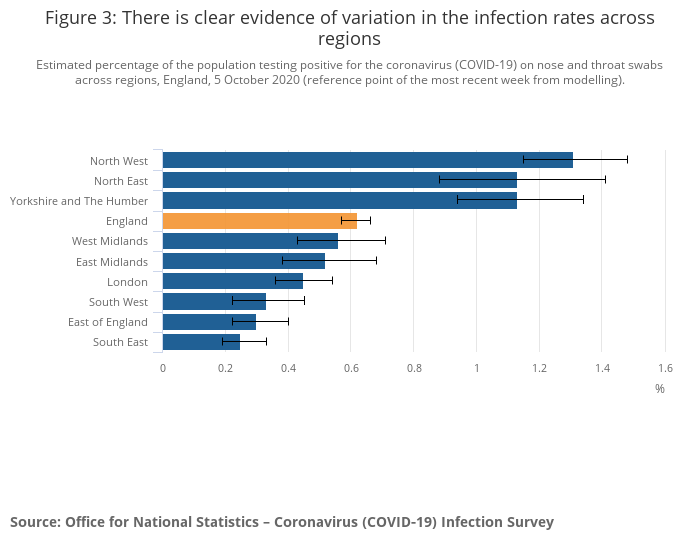 The ONS said cases were rising "rapidly", with an estimated 336,500 people having coronavirus in the week to October 8, equating to around one in 160 people.

The figures represent a jump from 224,400 people in the previous week of September 25 to October 1.

Ruth Studley, head of analysis for the Covid-19 infection survey, said: "Our latest data shows infections continue to rise, with more than a third of a million people estimated to be infected – the highest levels we have seen since the survey began in May.

"Like previous weeks, infections continue to be highest in the north of England and among older teenagers and young adults."

The highest rates are in north-west England, Yorkshire & the Humber, and north-east England, which have all seen "steep increases" in recent weeks.

The lowest rates are in south-west England, eastern England and south-east England.

The figures do not include people staying in hospitals, care homes or other institutional settings.

The figures do not include people staying in hospitals, care homes or other institutional settings.

It comes as the Medical Research Council (MRC) biostatistics unit at Cambridge University published new predictions on Monday on how fast the epidemic is growing across the country.

The figures are fed to the Scientific Pandemic Influenza Group on Modelling, which provides real-time information to the Government through the Scientific Advisory Group for Emergencies (Sage), and to regional Public Health England (PHE) teams.

The Cambridge University researchers estimated cases are doubling in under seven days, with a "substantial proportion" of those being asymptomatic.

They said: "Our current estimate of the number of infections occurring each day across England is 47,000.

They added the estimated growth rate for England is 0.09 per day.

"This means that the number of infections grows by nine per cent each day and it translates into a doubling in number in under one week," they said.

"The central estimates for the number of new infections is particularly high in the North West and the North East and Yorkshire (17,600 and 10,700 infections per day, respectively), followed by London and the Midlands (5,450 and 5,720, respectively).

"Note that a substantial proportion of these daily infections will be asymptomatic."

The latest Government figures showed 18,980 lab-confirmed new coronavirus cases as of 9am on Thursday, while a further 138 deaths were reported.

Experts say lab-confirmed cases do not represent the true scale of the epidemic.

Meanwhile, Professor Graham Medley, an expert in infectious disease modelling at the London School of Hygiene and Tropical Medicine and a member of Sage, has said he believes that in terms of healthcare, "some areas are going to be back to the same kind of position they were at the end of March".