ONE Florida cop has been rushed to hospital and another person is injured after gunfire erupted at a Bass Pro Shop this afternoon.

The officer was shot in the arm and sustained non-life-threatening injuries, according to police. 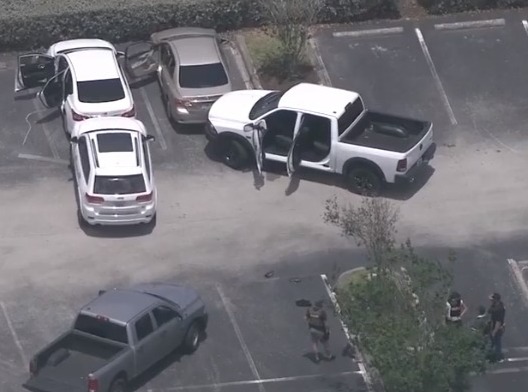 The second victim was also rushed to hospital, however their condition is currently unknown.

The shooting was reported just before 1pm, with deputies blocking off the parking lot 30 minutes later.

The officer was reportedly shot outside of the Bass Pro Shop.

Cops appeared to be focusing on several vehicles at the scene, with numerous cars and trucks with their doors open.

It is unclear if there are any other victims from the incident.