DOCTORS in India removed 526 teeth from a seven-year-old boy's mouth after he developed a rare condition.

The boy, called Ravindran, had been complaining of swelling on the right side of his lower jaw since the age of three. 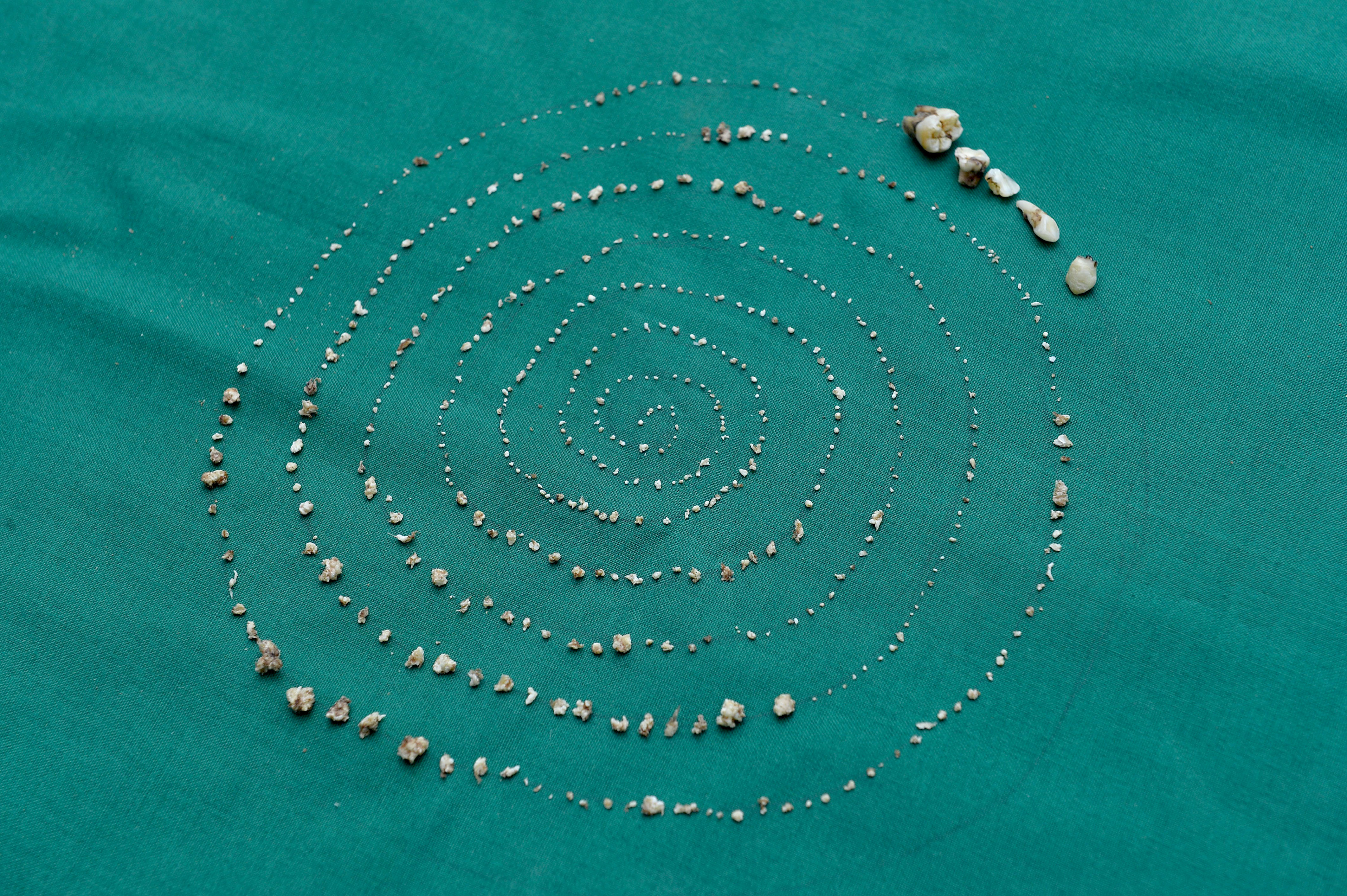 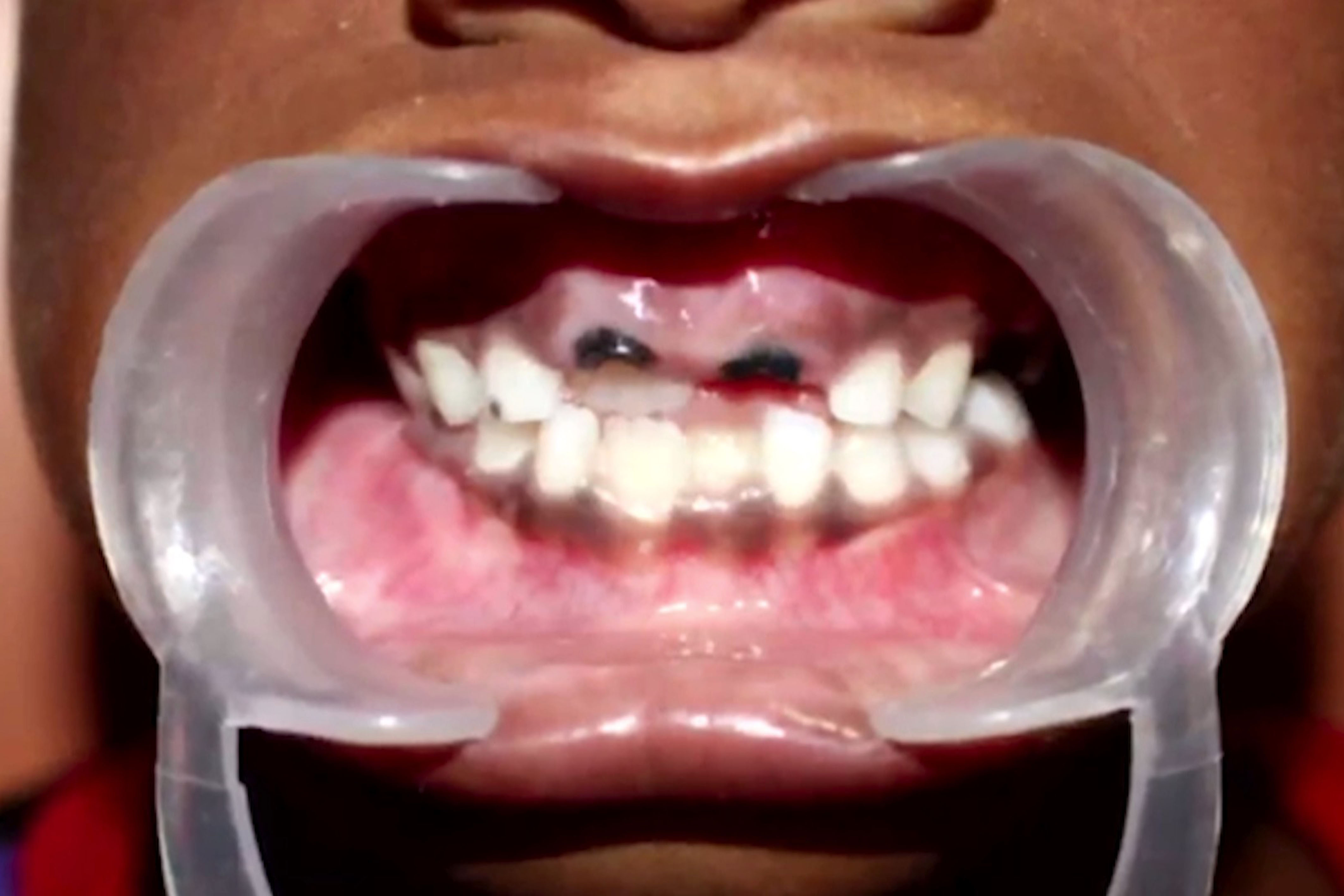 Medical investigation by surgeons revealed the presence of a large growth containing multiple hard structures within the jaw.

Doctors said this was a unique medical case and a first-of-its-kind.

The rare lesion with teeth has been confirmed as a "compound composite odontoma".

The five-hour procedure was carried out by surgeons at Chennai's Saveetha Dental College and Hospital.

"We opened up the jaw after administering general anaesthesia and saw a sack inside it," said Dr Senthilnathan, who led the operation.

He added: "The sack, weighing about 200g, was carefully removed."

Dr Pratibha Ramani, who was involved in the procedure, told The Times of India: "The teeth were in different sizes that varied between 0.1 mm to 15mm.

"They looked like pearls in an oyster. Even the smallest piece had a crown, root and an enamel coating like a tooth."

The boy's father, named only as Parbhu, said his son's jaw started to swell when he was three.

But he claimed his son "could not sit still" for tests at a local hospital, prompting them to leave and not return.

In a similar case from 2014, 232 teeth were removed from the mouth of a Mumbai teen. 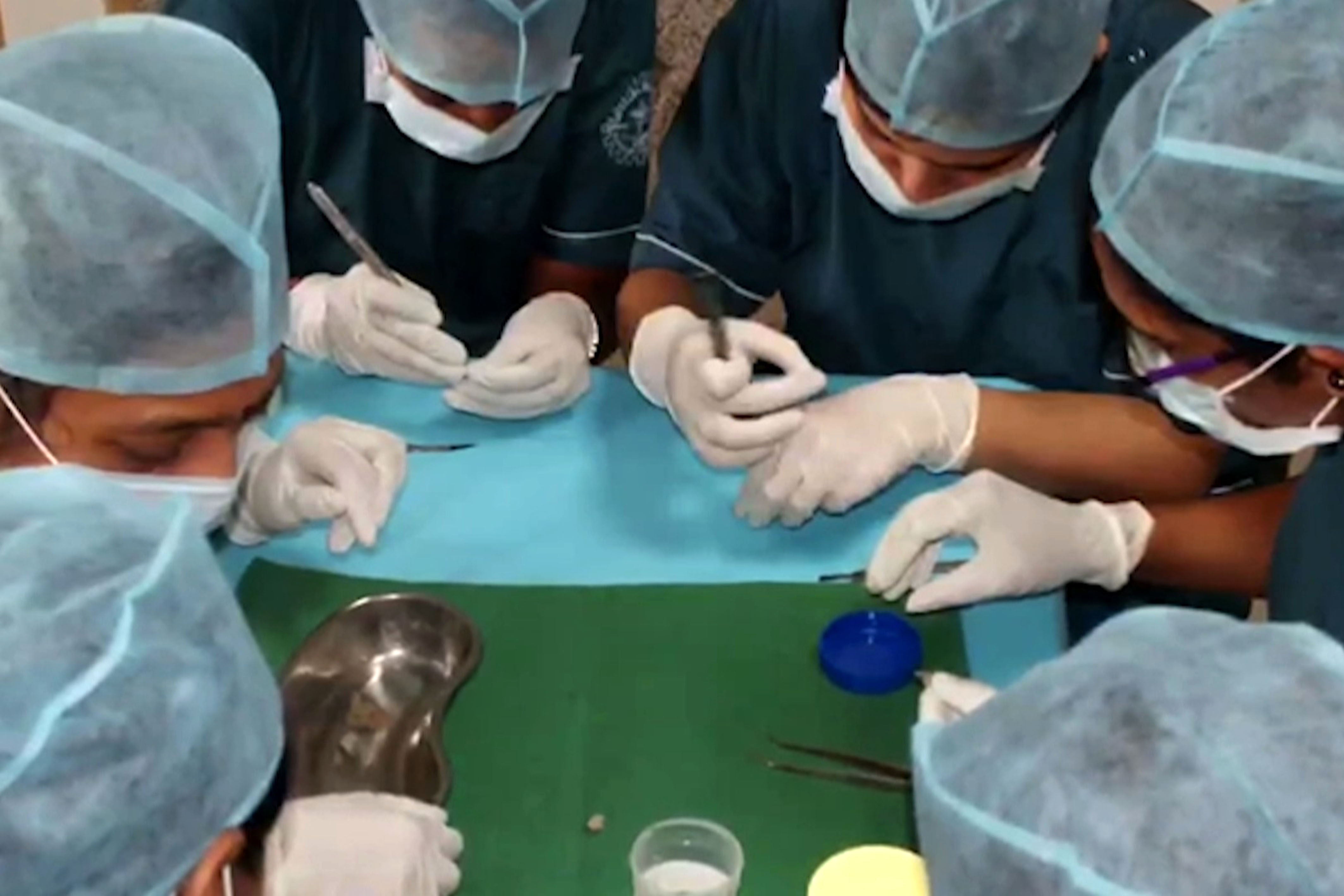 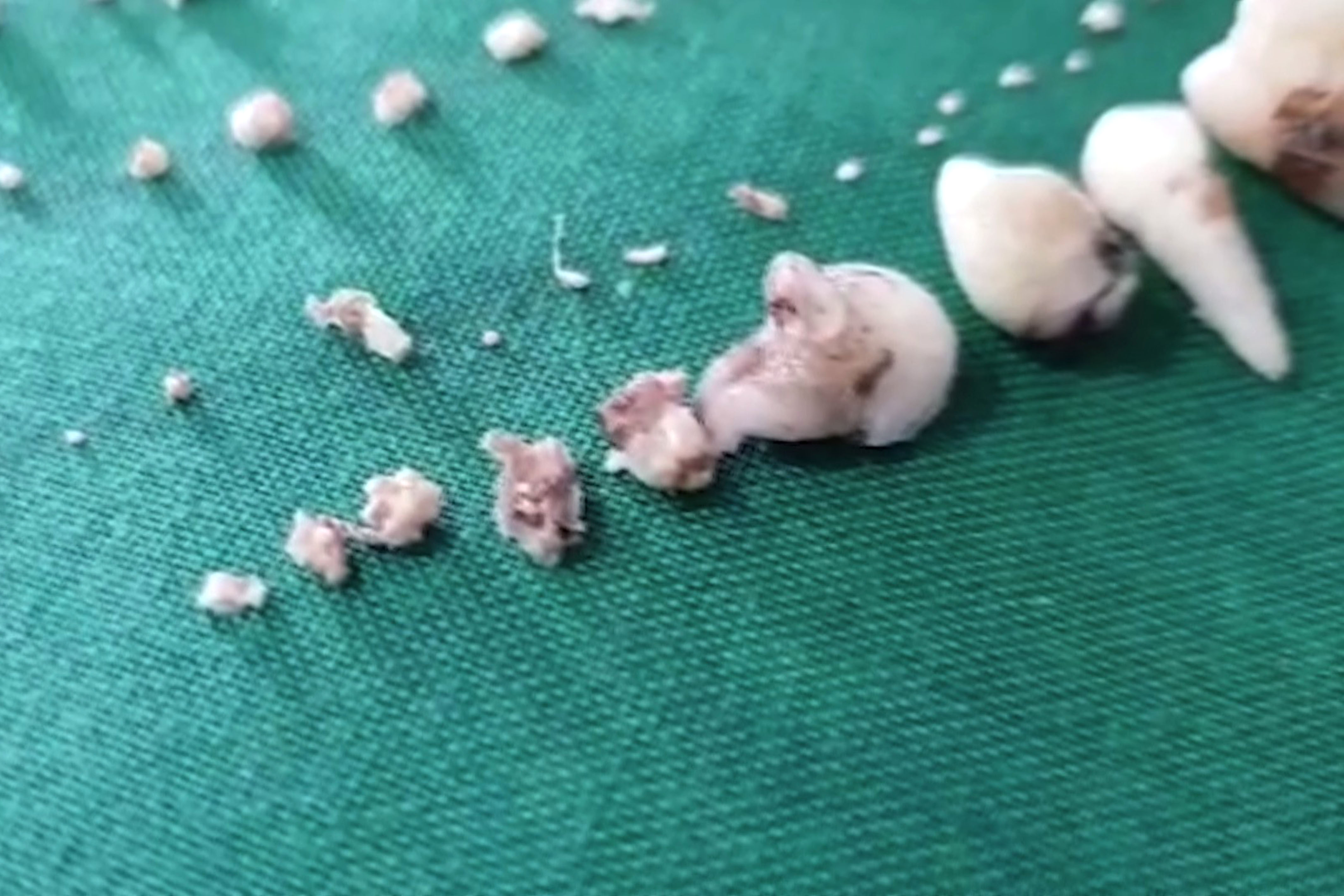