This is the moment a dog was caught on camera snatching its neighbor’s takeout from their front porch.

CCTV footage from December 30 shows a small white dog in Grand Prairie, Texas, deftly steal the sandwich out of the Subway bag as soon as the delivery driver walks away.

Kenjar Williams shared the clip and said the neighbor later offered to buy his daughter, who had ordered the food, another meal. 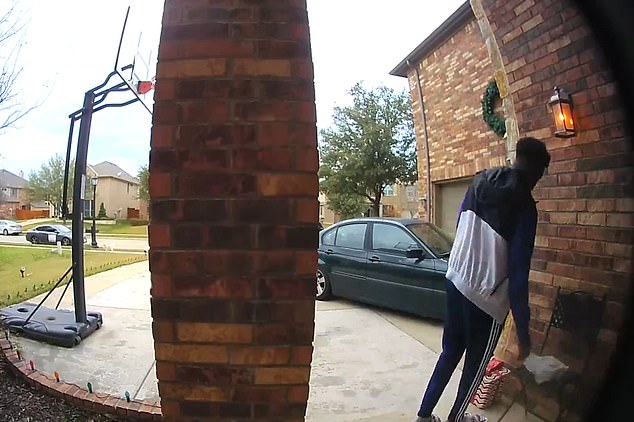 The deliverman drops off the Subway order at a front porch in Grand Prairie, Texas, as a small white dog watches from the side

He later said: ‘My daughter thought the Doordasher only delivered an empty Subway bag.

‘When I got home I checked the video and saw it was the neighbor’s dog.

‘We told the neighbor and she offered to buy her another sandwich. We all got a good laugh.’

In the video, an unsuspecting deliveryman knocks on the door and leaves the Subway bag on a chair on the front porch. 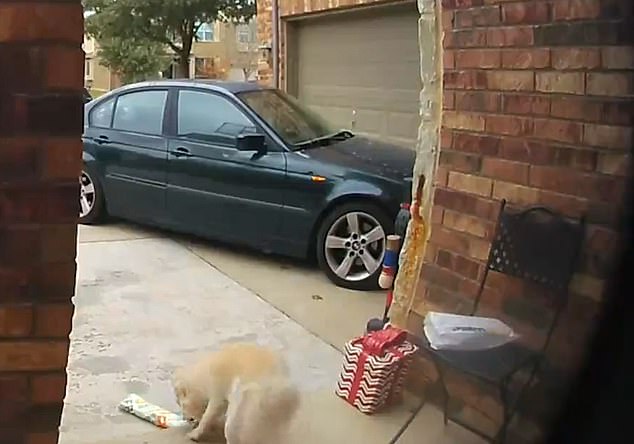 After the delivery driver leaves, the little thief swipes the sandwich and runs away with it

The canine thief can be seen watching him from the sidewalk.

The dog waits for the Doordash worker to leave and eyes its prize for a few seconds before running up and taking it.

The video was shared to YouTube, and now has more than 2,300 views. 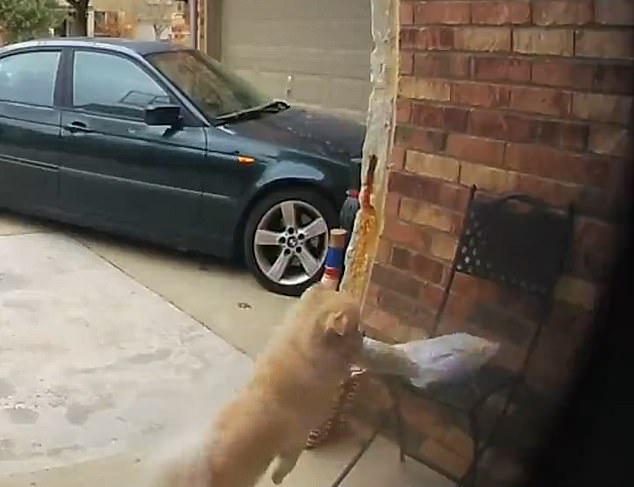 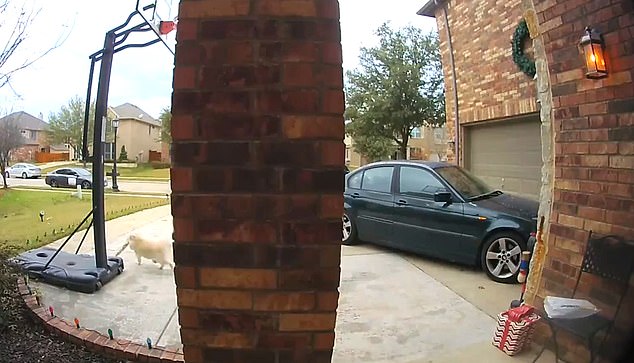 The dog runs away with the food, leaving only an empty subway bag behind on the front porch

‘The dog was watching all the time probably and waited for his chance,’ another added.

But this isn’t the first animal to be caught on camera swiping human snacks.

Last month a squirrel was filmed stealing Snickers bars from a porch in Libertyville, Illinois.

Doorbell camera footage showed the cheeky rodent snatching the peanut and caramel candy bars that had been left out as Christmas treats for delivery drivers.