During the press conference, President Trump said the protests in London against his state visit are “fake news” and he has not seen any of them and he called London mayor Sadiq Khan a “negative force”.

The US leader also said Labour leader Jeremy Corbyn had requested to meet him during the visit but Mr Trump had turned him down.

Theresa May began the conference by discussing the shared interests between the United States and the United Kingdom.

Mrs May said: “We can differ sometimes on how to discuss the challenges, I have always believed that co-operation is at the basis of alliances and nowhere is this more true than our special relationship.” 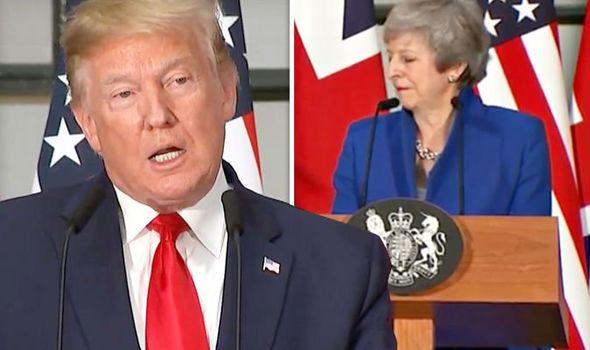 She spoke about how one million Americans work for British companies and the same the other way round.

She said: “Tomorrow we will reaffirm the importance of the western alliance and the values that underpin it.”

Mr Trump thanked the UK for welcoming him to the UK and spoke of the Portsmouth commemorative event he and Mrs May will attend tomorrow.

He said: “The US and the UK share many goals and priorities around the world.”

He named the UK’s help in defeating ISIS.

He added the UK also agrees with the US over NATO members spending more towards the alliance to “address today’s challenges and fulfil obligations”. 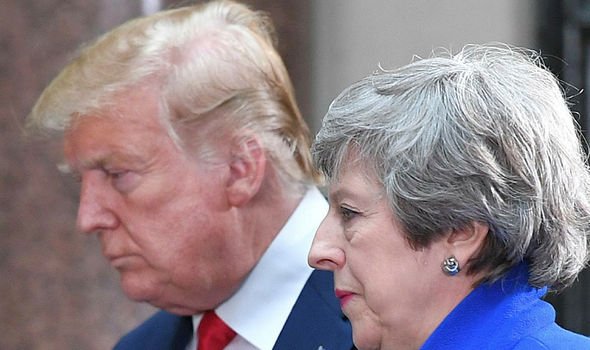 Philip May and Melania Trump are at the front of the audience at the press conference.

The press conference comes after US President Donald Trump said earlier today that he believes Britain can have a “very, very substantial trade deal” with the US after it leaves the EU.

Protesters have gathered close by Downing Street to demonstrate against the leader.

Mr Corbyn tweeted that the protest was “an opportunity to stand in solidarity with those [Mr Trump has] attacked in America, around the world and in our own country”, including Sadiq Khan.