BOOZY Brits got into the Halloween spirit as they hit the toon in Newcastle before a new lockdown.

Revellers in costumes flocked to city-centre bars as the North East prepares to move into the "very high" Tier 3 lockdown. 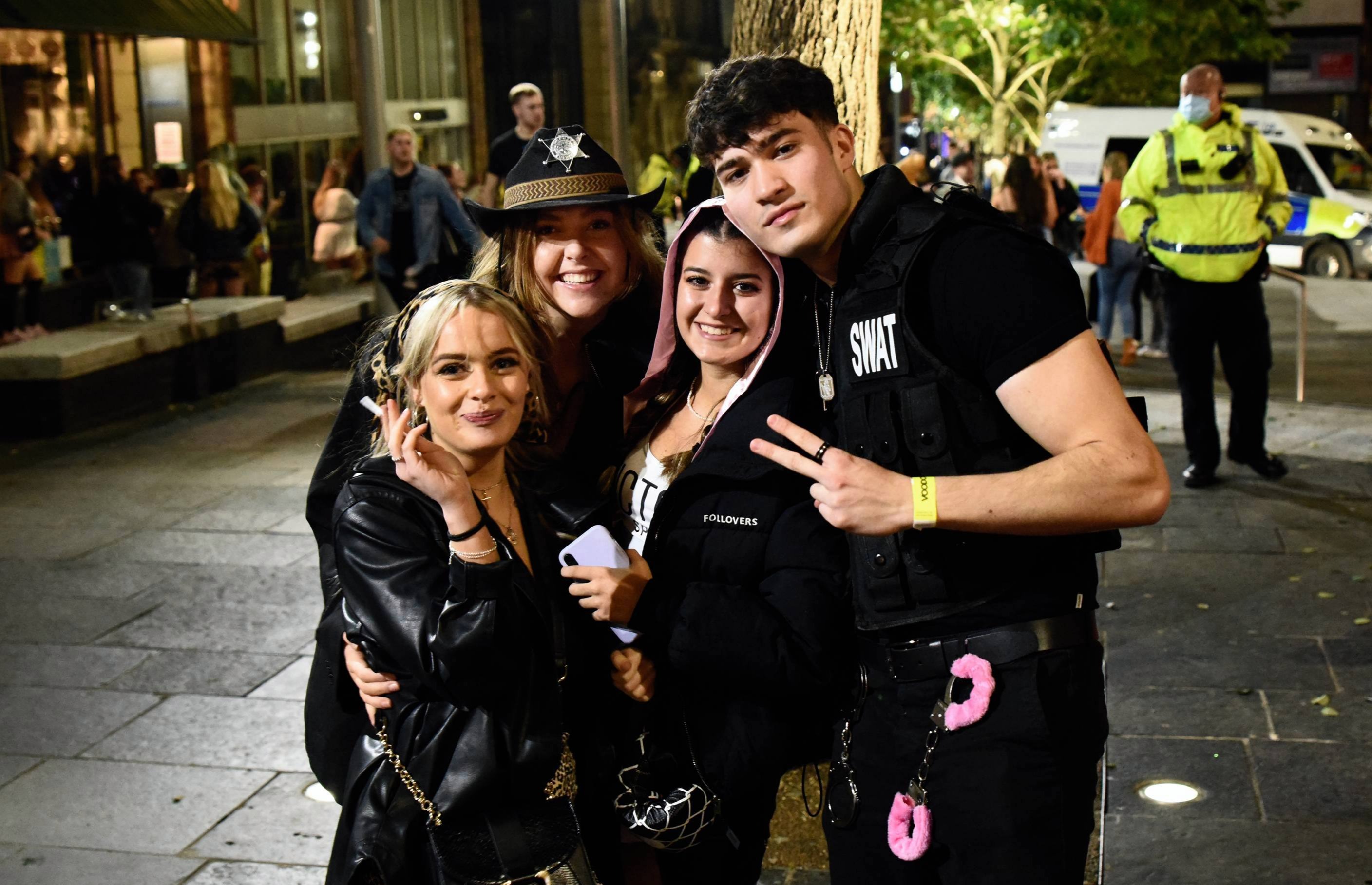 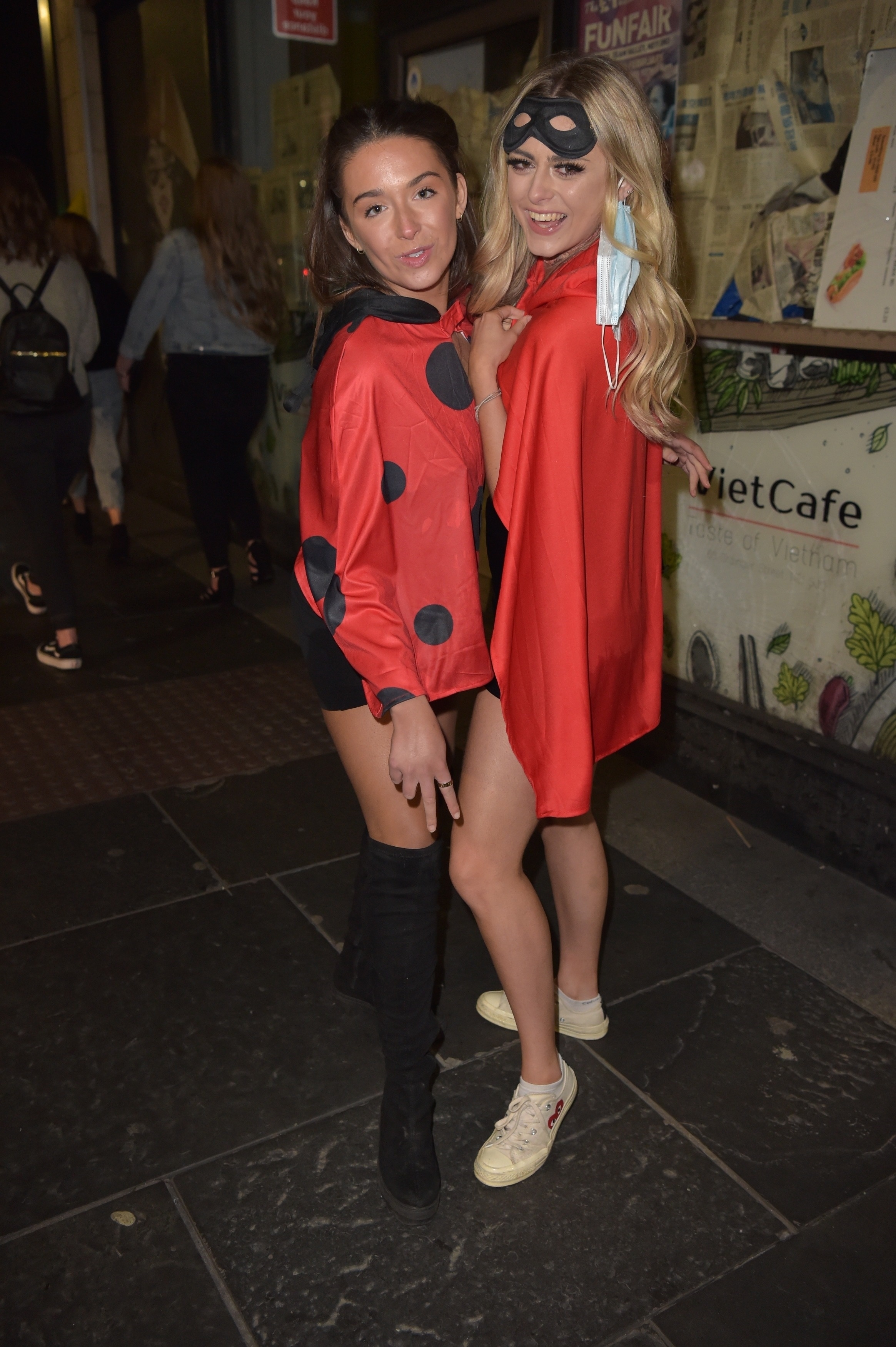 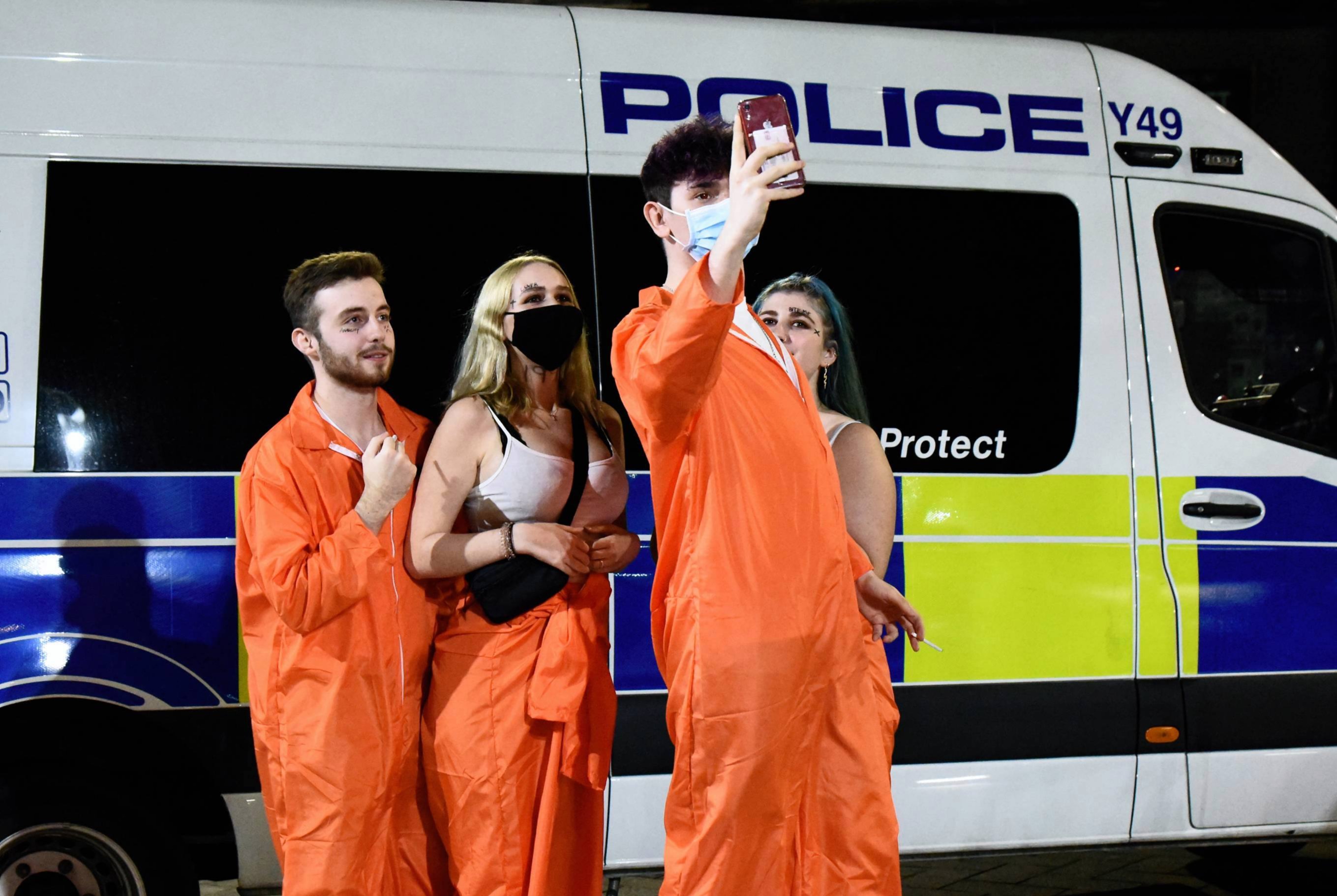 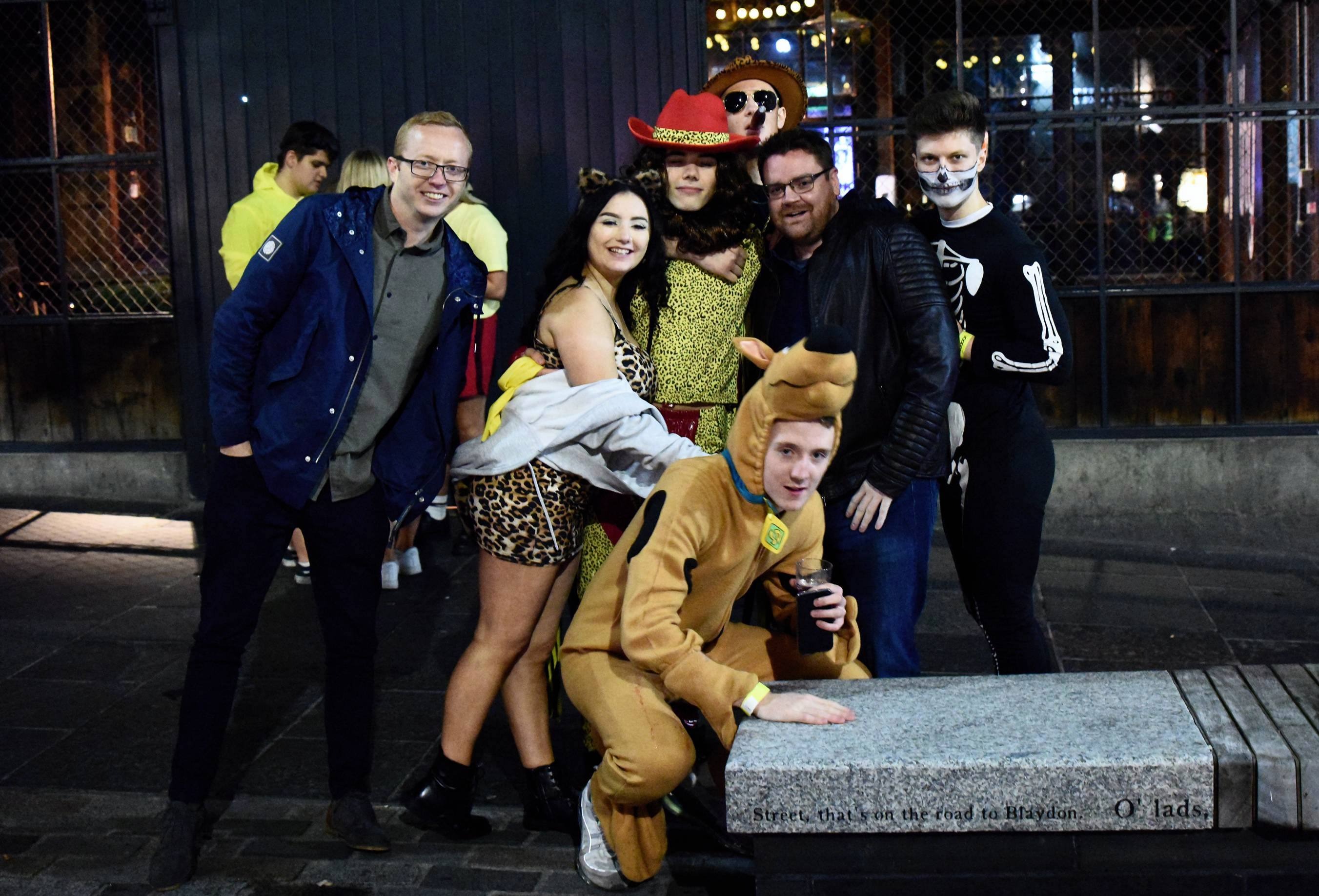 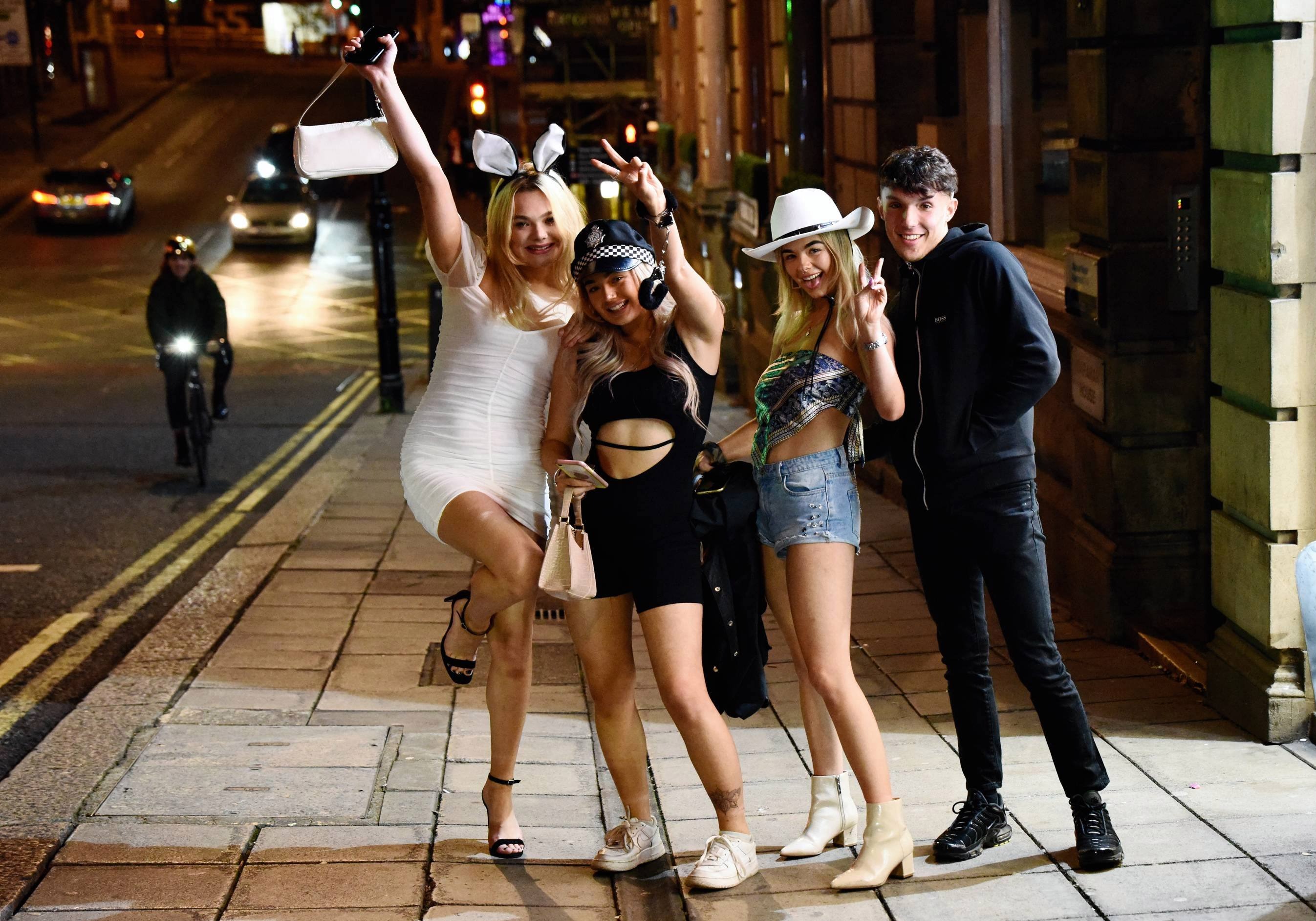 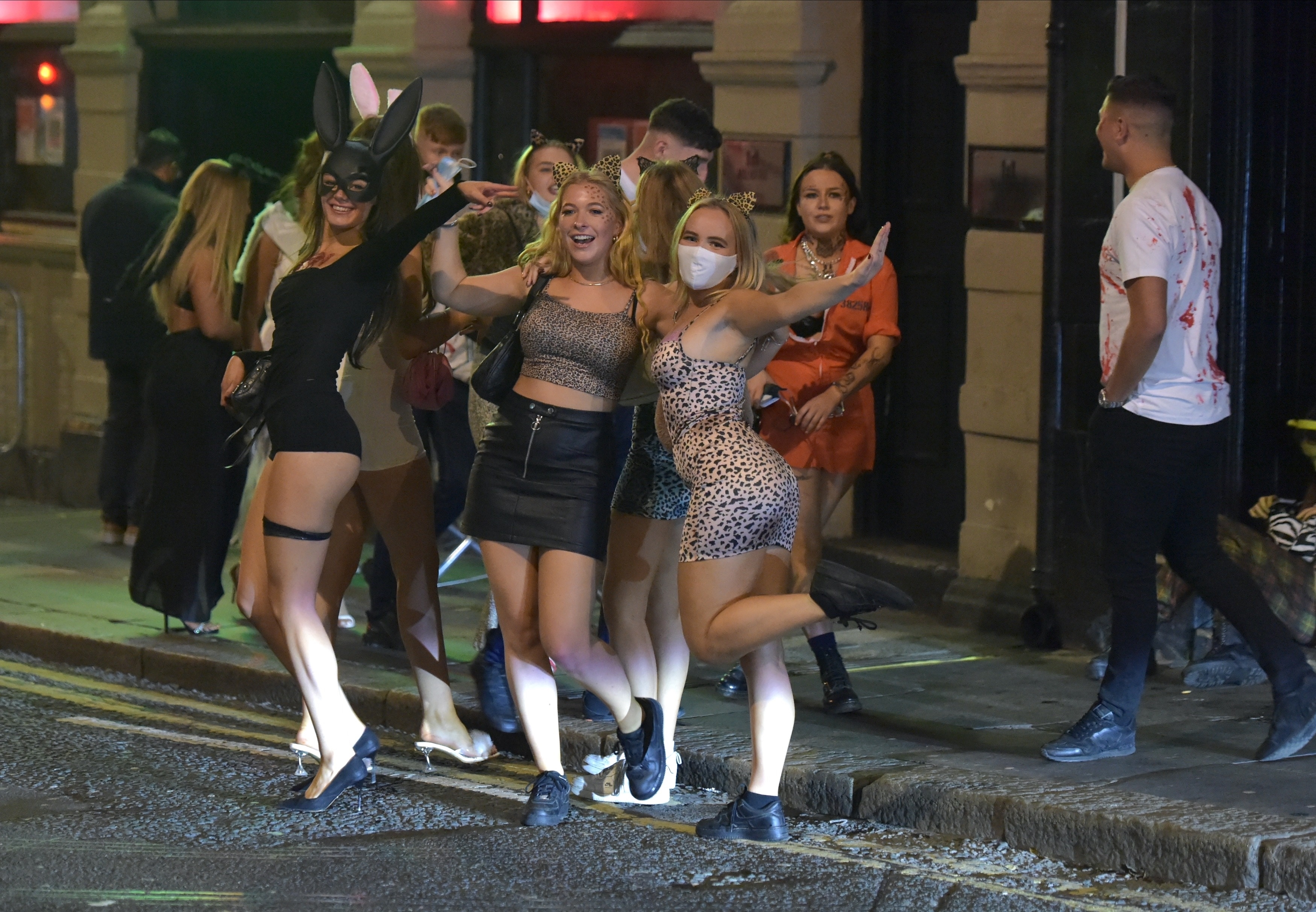 Young partygoers were seen enjoying one last spree before the move into Tier 3, which would see pubs and restaurants forced to close.

Tonight, the country was on the verge of a second national lockdown with Boris Johnson poised to announce a month-long shutdown next week to stem the spread of coronavirus.

But that didn't deter punters in Newcastle and other cities, including Leeds,with fun-seekers donning a variety of wacky outfits for pre-Halloween pints on Friday,

Pals mingled as they headed out in force for what could be last orders for some time.

One lad dressed as a rasher of bacon while another wore a full-length dog costume.

Cheeky nurse outfits and two pals dressed as Batman and Robin were also the talk of the Toon.

Scantily-clad partygoers braved the Autumn chill to hit the bars and pubs.

The city is poised to enter Tier 3 from Monday when West Yorkshire is placed under the strictest lockdown measures. 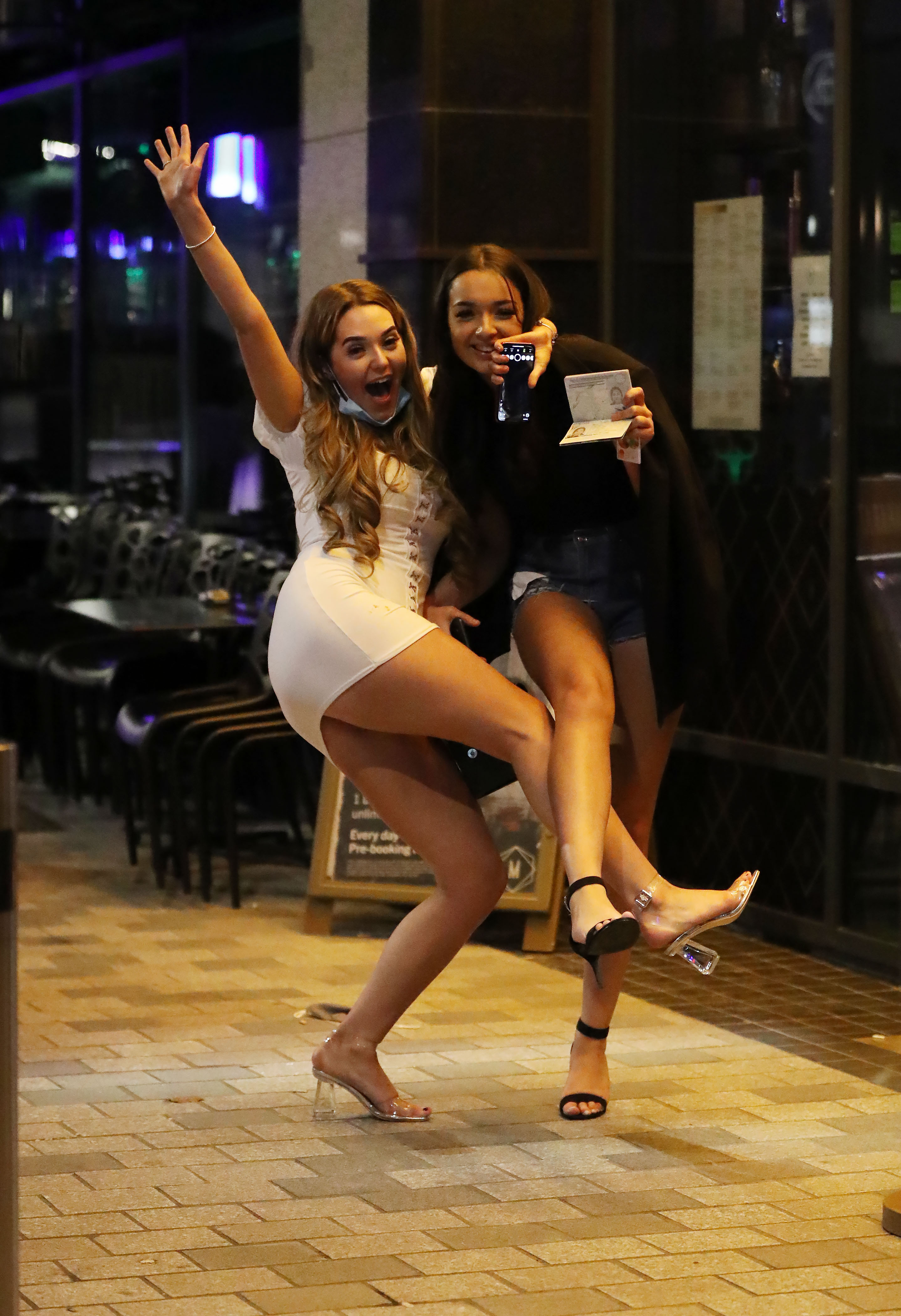 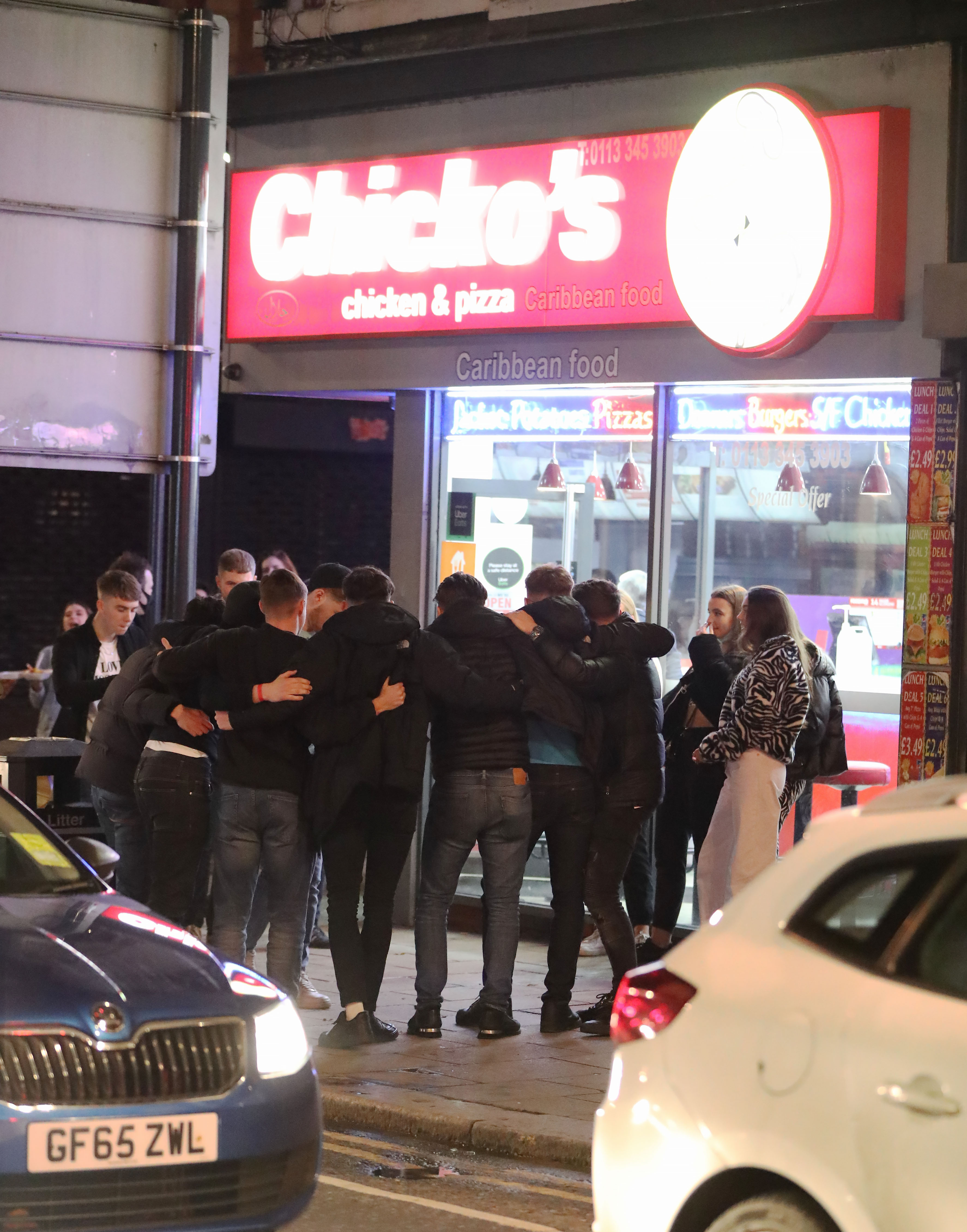 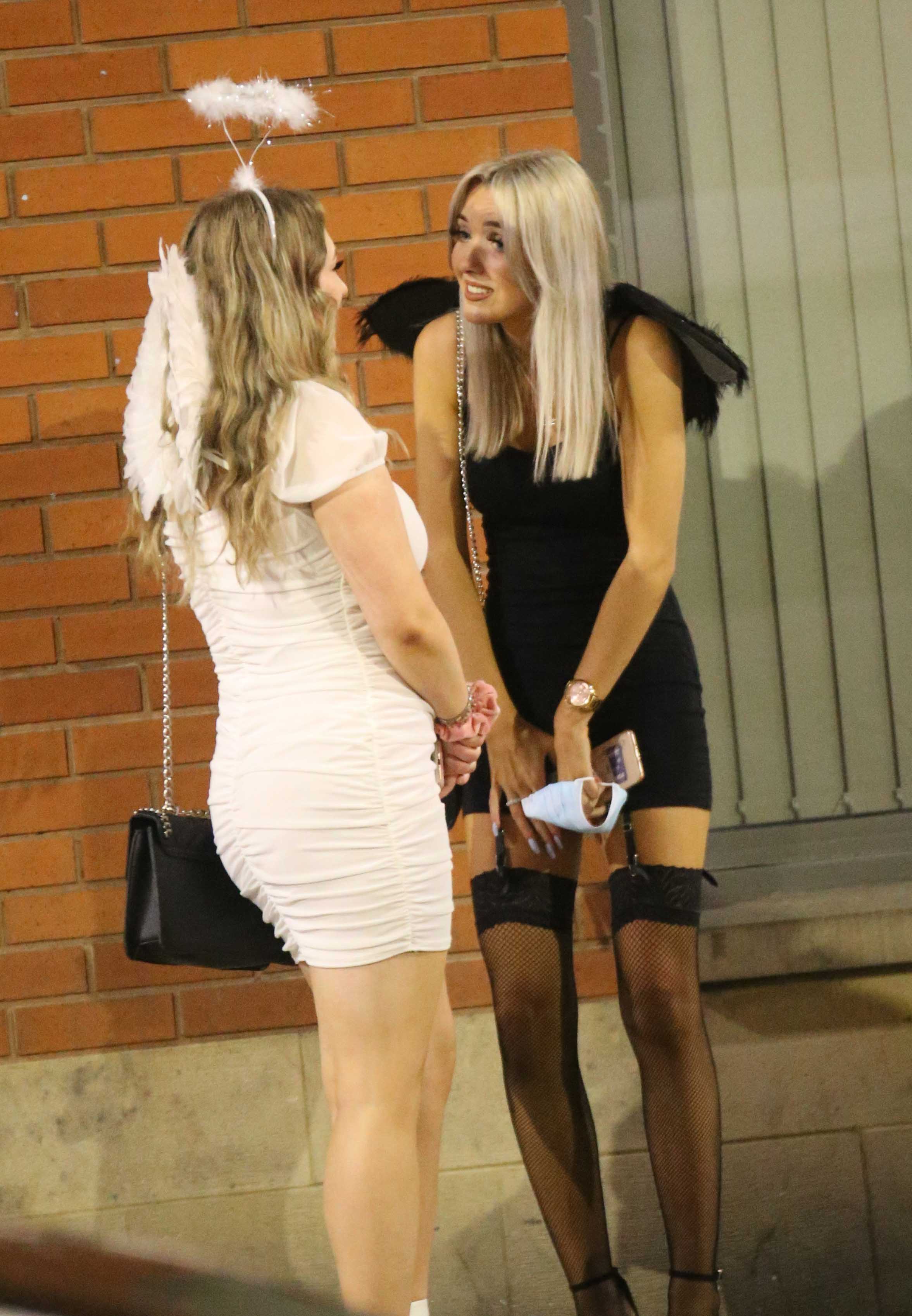 It comeas as the North East of England is said to be at "another critical point" in fighting the virus and local council leaders are currently in talks regarding Tier 3 restrictions.

Four areas in the North East feature on a watchlist of the latest data from the Covid Symptom Tracker App.

Sunderland is first, followed by Newcastle Upon Tyne and South Tyneside. 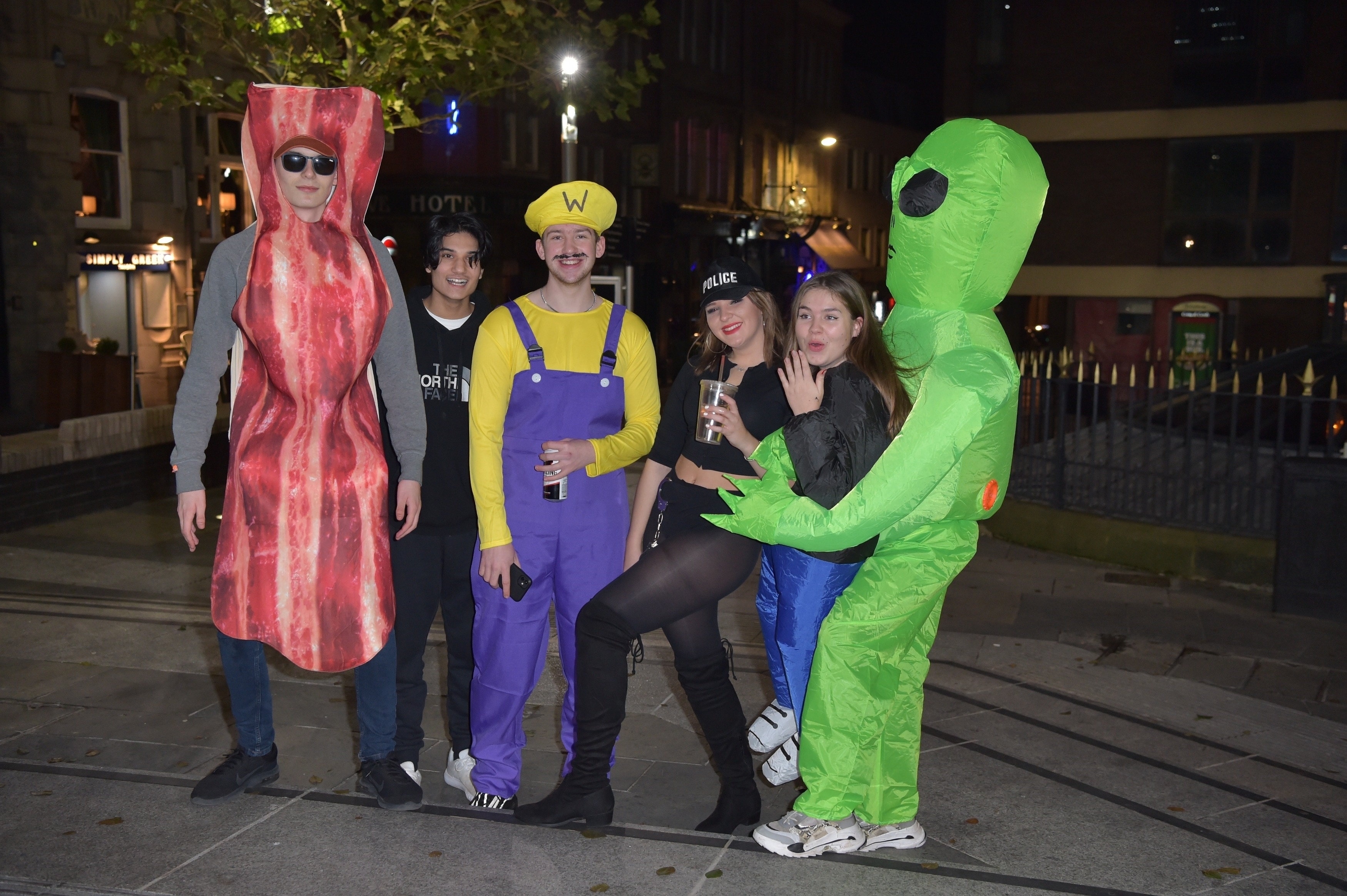 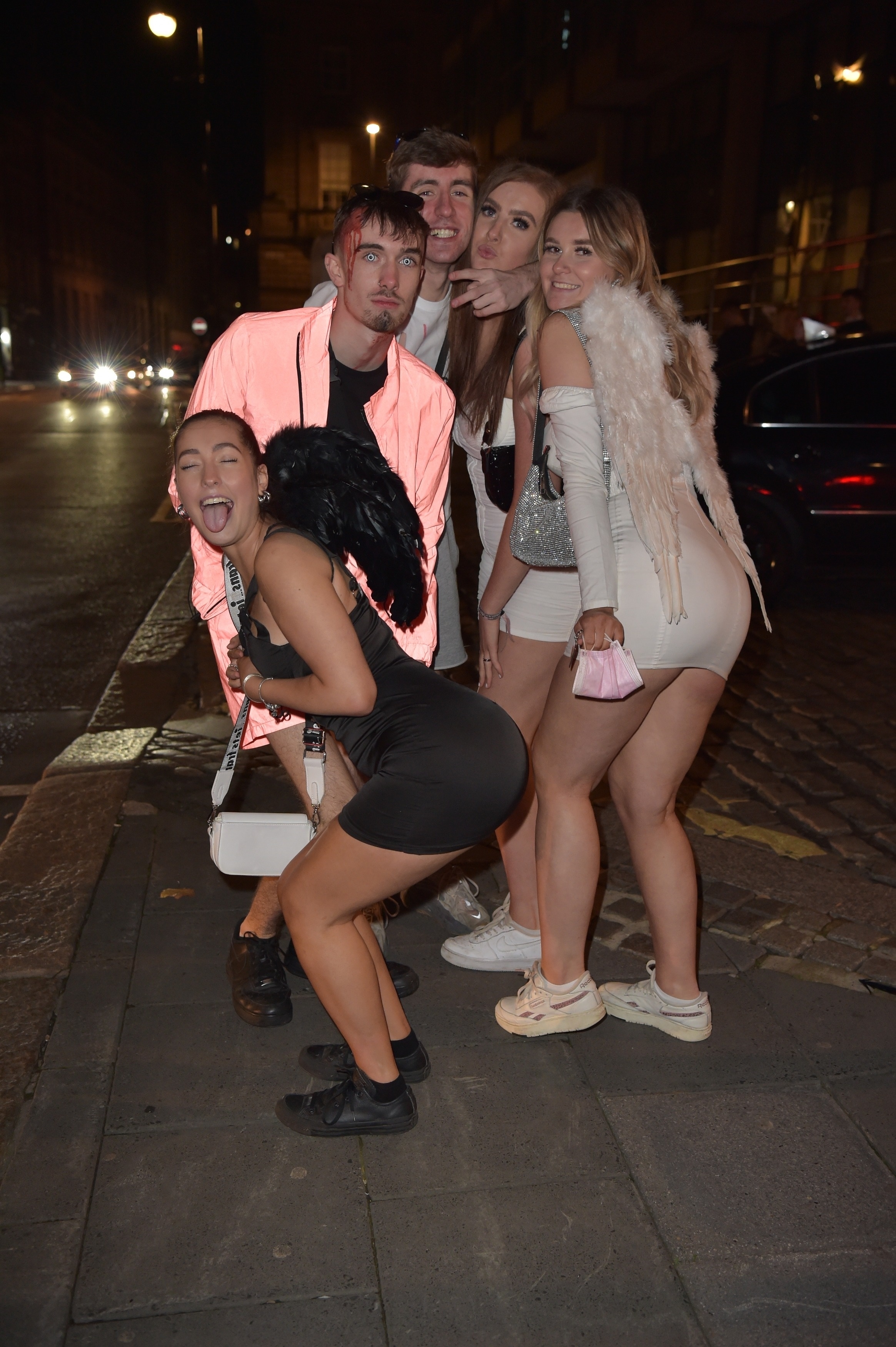 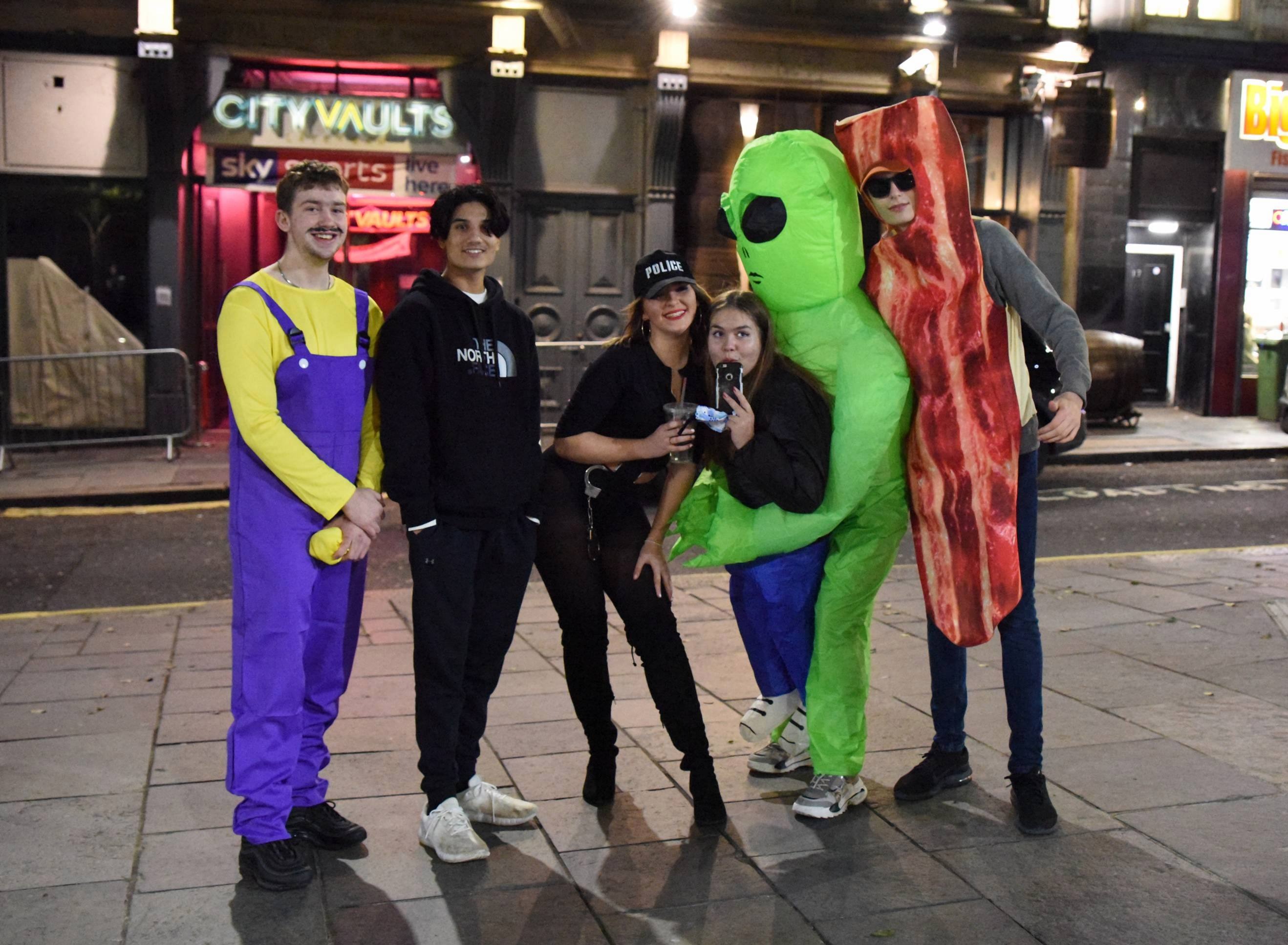 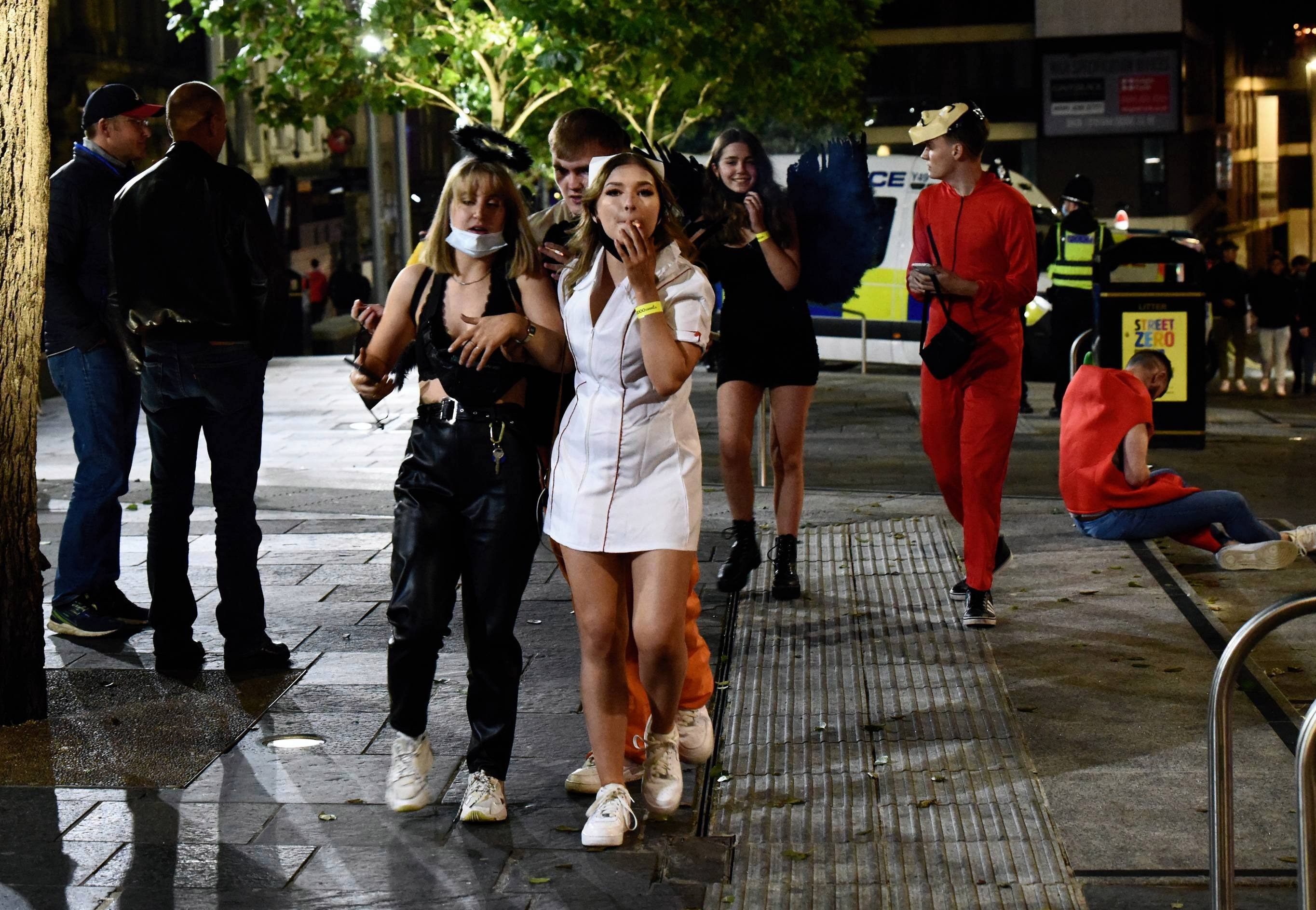 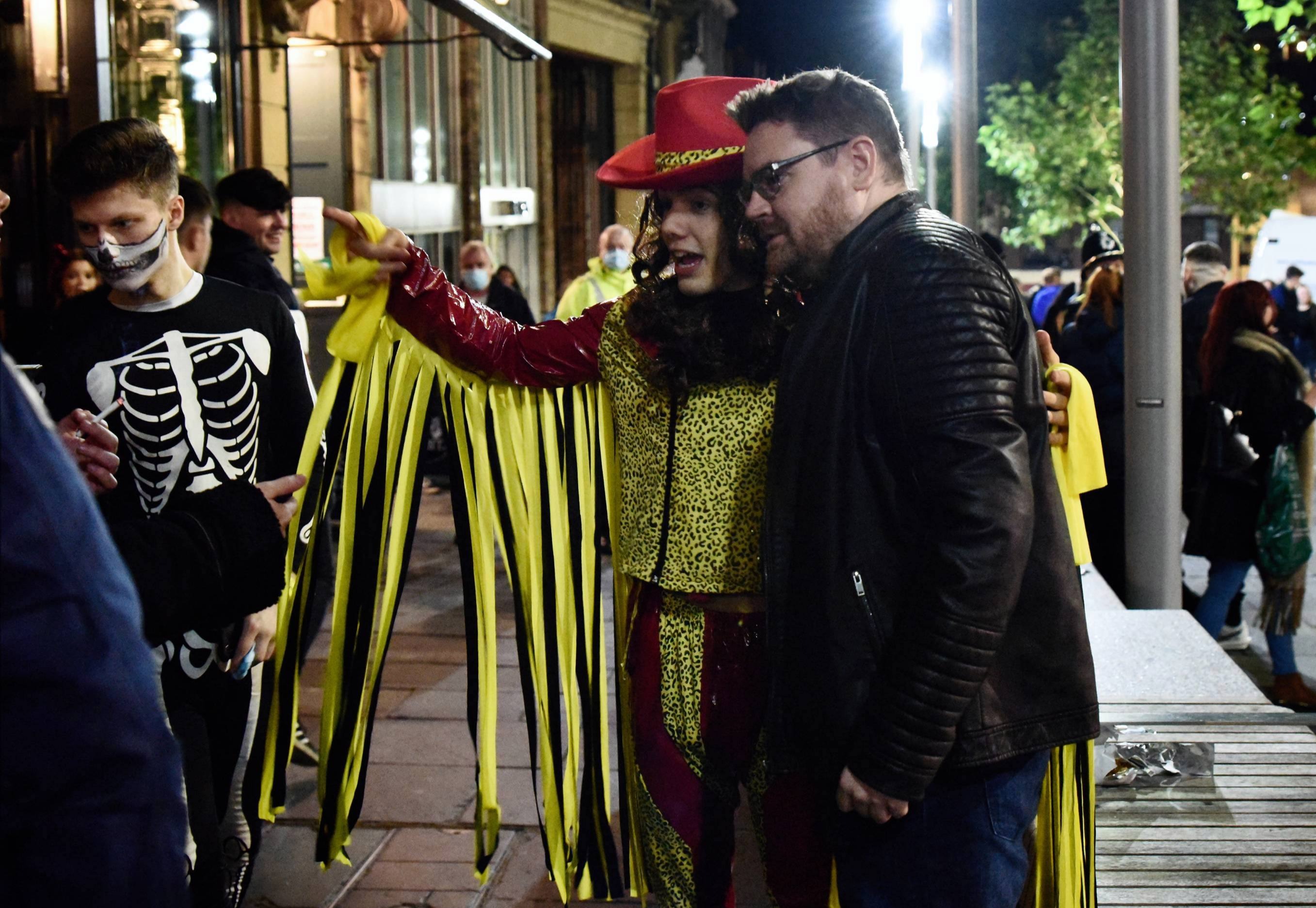 Last night, Nottingham students were filmed singing "it's coming home" in a packed street party the night before the city moved in Tier 3 plus restrictions.

The clip shows dozens of youngsters dancing and crowding together as they chant the Three Lions '98 song.

Revellers were seen chanting in the streets for one final hurrah before Nottingham goes into the tougher "Tier 3 plus" coronavirus lockdown.

Huge crowds of people mingled in the tightly packed groups as they made the most of their relative freedoms before being locked down further.

People braved the cold October weather to go out to bars – which don't serve a "substantial meal" – for the last time for at least four weeks.

Nottinghamshire has now been plunged into "Tier 3 plus" with extra new rules, including shutting beauty salons, a 9pm booze curfew and even a ban on shisha.

Last night, Nottingham students were filmed singing "it's coming home" in a packed street party the night before the city moved in Tier 3 plus restrictions.

Bars all over the city were heaving last night as stricter coronavirus restrictions came into force today – including a 9pm booze curfew. 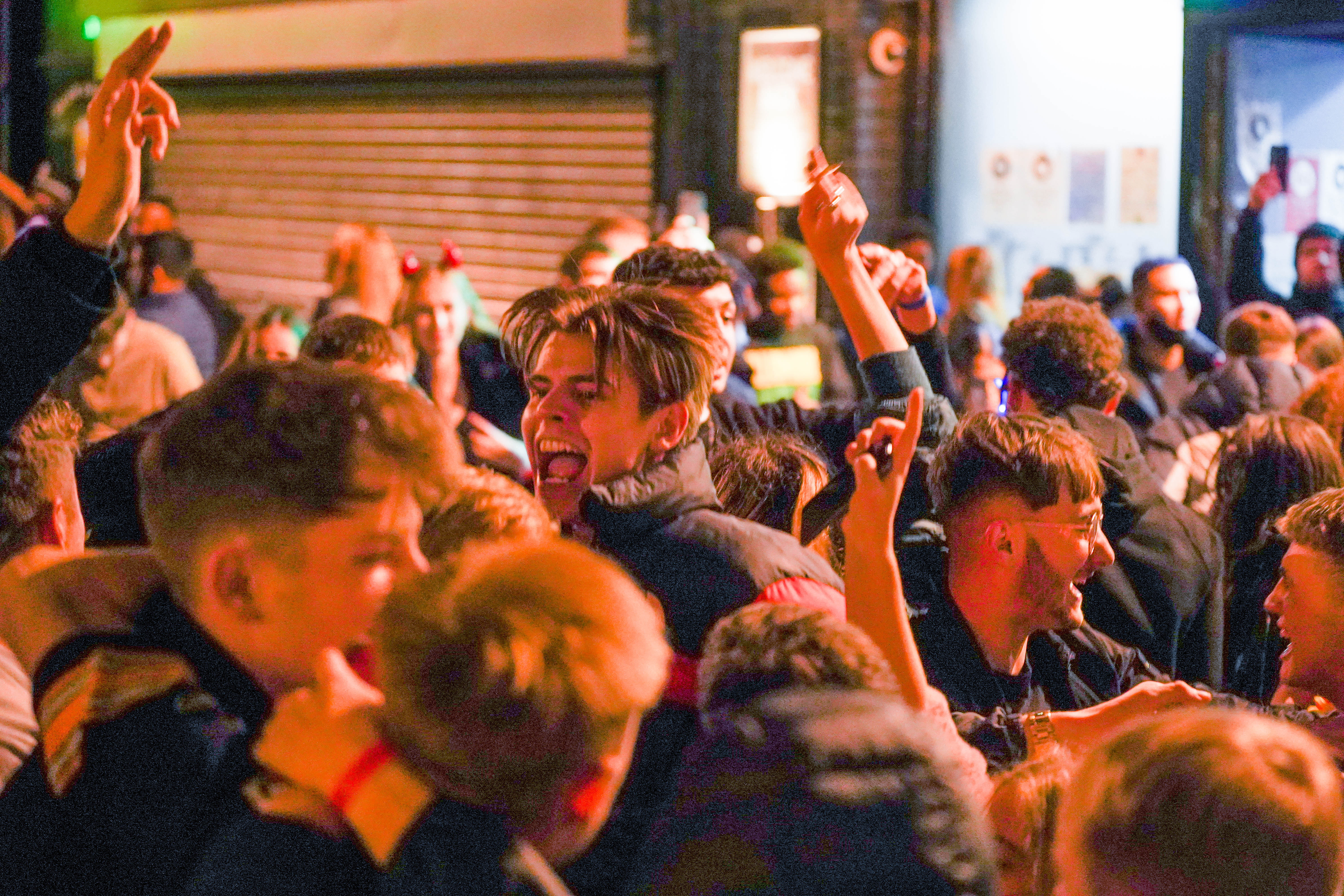 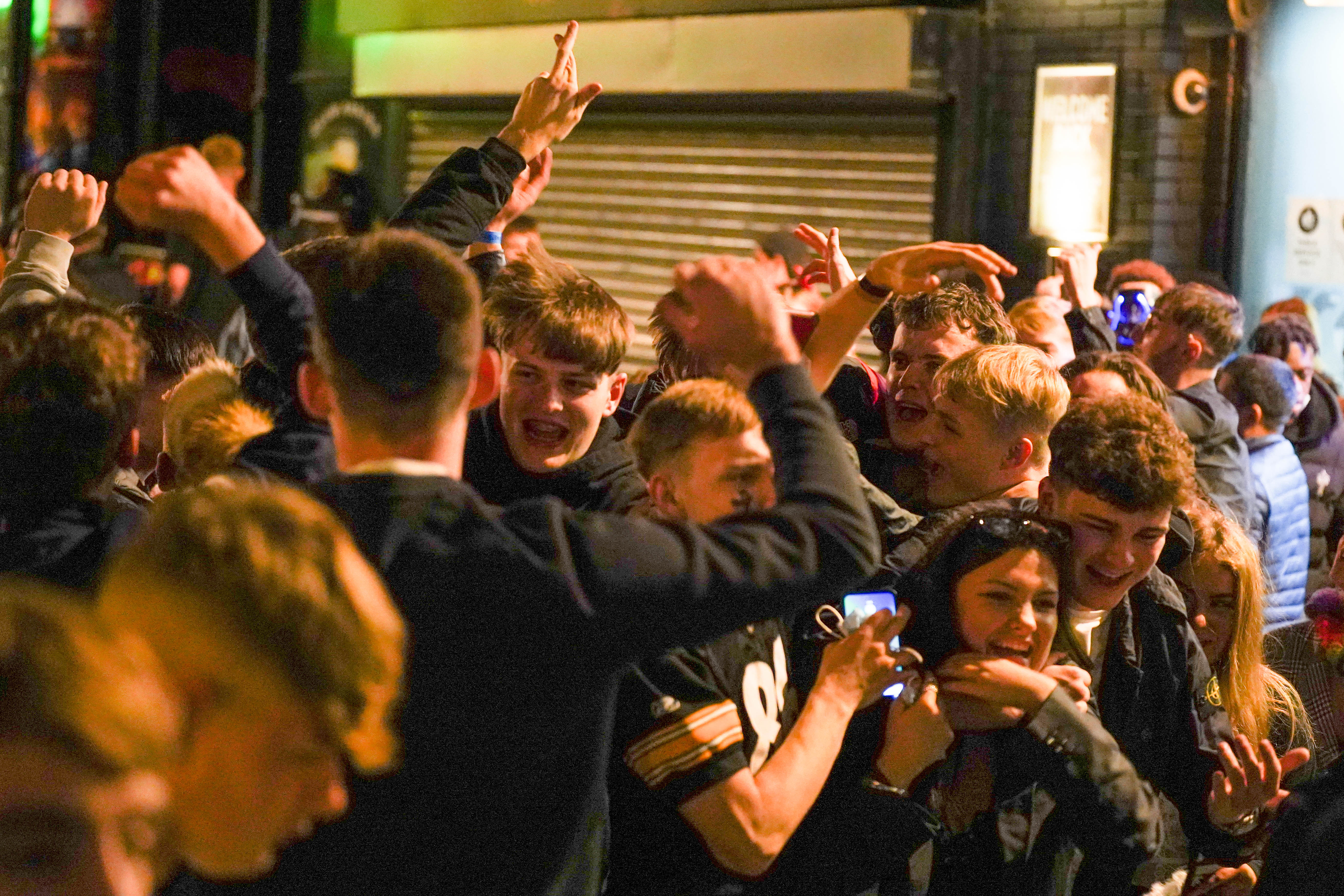 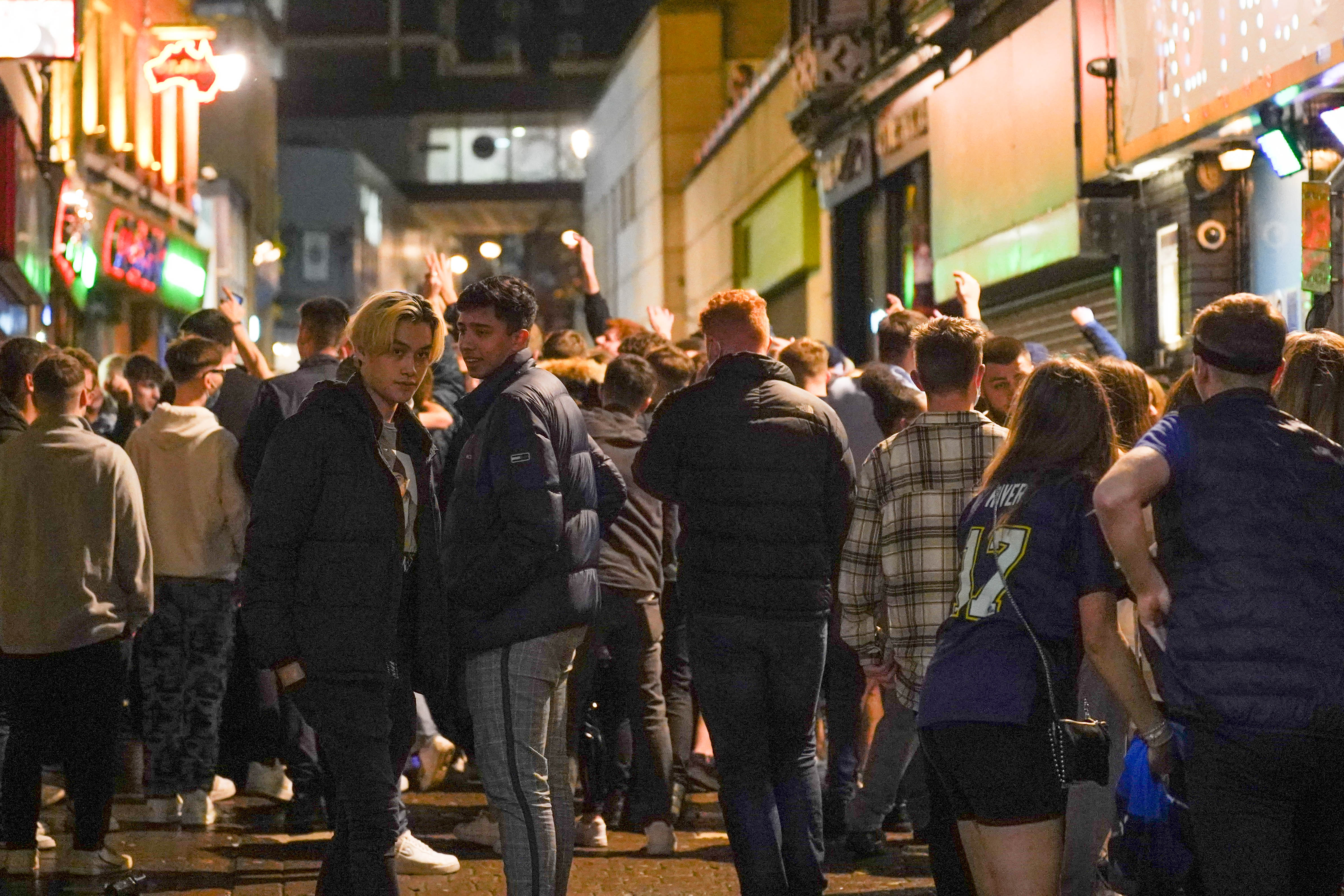 Celebrities
Mariska Hargitay isn’t just a successful actor. she’s also a proud parent to three children – August, Amaya, and Andrew....
Lifestyle
Tinder? No, romance will have to wait: She’s a single mother who juggles four kids with a stellar broadcasting career....
TV & Movies
EXCLUSIVE: A team member working on the CW series The Flash in Vancouver has tested positive for Covid-19, Deadline has...
World News
The top US infectious disease expert says the country may see "surge upon a surge" of the coronavirus over the...
Beauty
The Coach Cyber Weekend sale is a shopping event you don't want to miss. The brand is offering 50% off...
Fashion
Us Weekly has affiliate partnerships so we may receive compensation for some links to products and services. Please note, deals...
Recent Posts
We and our partners use cookies on this site to improve our service, perform analytics, personalize advertising, measure advertising performance, and remember website preferences.Ok