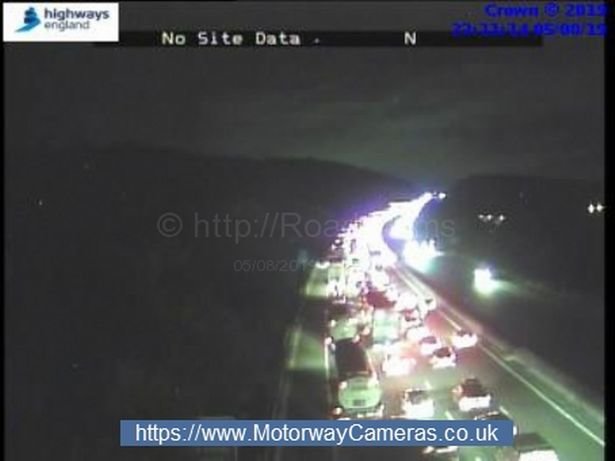 The crash caused alll four lanes on the northbound carriageway – between junctions 21 (Weston-super-Mare) and 19 (Portishead) – to be closed, leaving behind miles of trapped traffic

The closure was still in place auntil around 8am this morning before it reopened.

Officers spent all night helping to turn stranded vehicles around so they could leave at the previous junction.

But Highways England tweeted at 4.15am: “Our officers are working hard on clearing traffic caught within the closure of the #M5 north between J21 and J19. 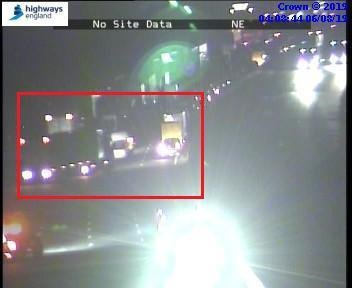 “We appreciate your patience. It is very slow going due to a large number of HGVs that need turning. They’re doing everything they can to get you out of the closure.”

The closure continued through the night to allow for investigation work and for oil and debris to be cleared from the carriageway.

One driver stuck in the traffic tweeted overnight: “Been sat on the M5 since 2150 last night.

“Now told to turn around, head back down as junction 19 still closed. 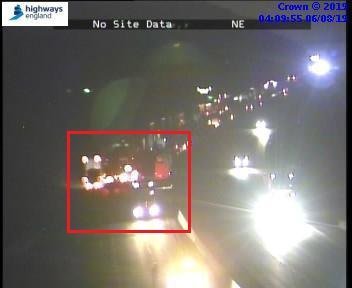 “Heart goes out to those in the crash and our amazing emergency services dealing with it #emerencyservices.”

A spokesman for Somerset and Avon Police confirmed: “Officers have arrested a driver on suspicion of dangerous driving after a collision on the M5 northbound near junction 21.

“It happened just before 9.40pm on Monday 5 August as officers in marked police vehicles attempted to stop a car linked to a man wanted by another police force.

“A police officer went to hospital with injuries not believed to be life-threatening.”