NSW Planning Minister Rob Stokes has called on the Commonwealth to shrug off the ghost of the White Australia policy and implement a new national population strategy discussing the size of the country it wants.

He also called into question the benefit of major infrastructure projects in light of commuter shifts, singling out his own government’s goal of faster rail between Sydney and regional centres, and asked whether COVID-19 had changed opinions about urban sprawl. 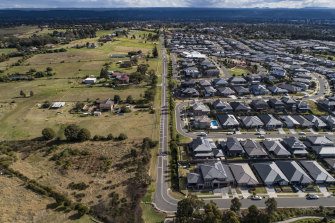 However, federal Assistant Treasurer and Minister for Housing Michael Sukkar said state housing approvals and services had not kept pace with growth supported by migration, partly leading to the creation of the Population portfolio within the government.

In a speech to state and municipal bureaucrats last week, Mr Stokes said that, despite having policies on everything from fruit flies to mythical panthers, NSW had no “policy on people”: “how many we can expect, where we want them to live and what their needs and attributes might be.”

“I suspect it’s got something to do with the echoes of a rightly reviled, racially based, population policy – the White Australia Policy … the echo of this terrible policy has meant that the federal government has been reluctant to actually talk to the community about what size of population, what rate of growth, what distribution of population we want to see, ” Mr Stokes said, before urging the Commonwealth to have a “mature discussion” about population policy 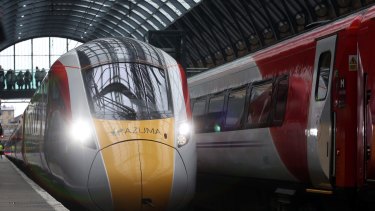 Mr Stokes has questioned the benefits of faster rail between cities given the changes in commuter patterns.Credit:Chris Ratcliffe

Mr Stokes said Australia needed a national population policy to inform a national settlement strategy “and every infrastructure, social and environmental policy at every scale in every part of the country.”

His comments – which follow state and a federal intergenerational reports recalibrating Australia’s growth while international arrivals have been shut off, and precede the upcoming national census – have divided the opinions of population experts.

University of Melbourne demography professor Peter McDonald said it was “ludicrous” to suggest any lingering impact of the White Australia policy in the way Mr Stokes had. He said the Commonwealth did have a migration policy, as referred to in its June intergenerational report, which shows the government was planning for 190,000 migrants in 2023-24.

The intergenerational report, the first since 2002 to downwardly revise the long-term population growth projection, said the nation will become increasingly reliant on overseas migration over the next 40 years. 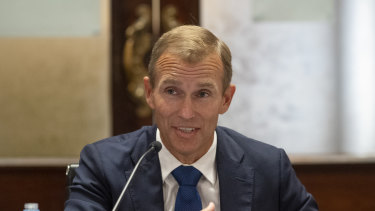 However, Professor McDonald said planning for where people were located, rather than how many were allowed into the country, was “very much state policy”.

The federal government’s Centre for Population released its first Population Statement in December, in which it estimated Australia’s population would be four per cent smaller (1.1 million fewer people) by 2031 than it would have been in the absence of COVID-19.

Mr Sukkar said the statement allowed the Commonwealth to work more closely with the states and territories to integrate the differing responsibilities of each level of government and highlighted the effects of COVID-19 on population growth and distribution.

Australian National University demographer Dr Liz Allen said Australia lacked an explicit population strategy and was “in dire need” of a plan, however one that didn’t set population limits that could result in coercion.

“Rather a population plan for Australia should be focused on ensuring a whole-of-government approach to ensuring the nation’s future through education, health, climate sustainability, and equality,” Dr Allen said.

Dr Marcus Spiller, partner at SGS Economics and Planning, said the Commonwealth should have a vision for settlement patterns across the country to ensure balanced development, productivity, and manage international obligations, but opposed a “masterplan” that cascaded to state and local governments.

Data released by the Australian Bureau of Statistics this week showed that, since the start of the pandemic, a net 24,500 people have left Sydney for other parts of NSW.

NSW Premier Gladys Berejiklian announced in April that her government was renewing its commitment to faster rail to regional centres, a vision shared by the federal government.

Mr Stokes asked whether assumptions about project benefits should change if people were commuting less.

“What’s the utility of faster direct connections between major centres, like faster rail between Sydney and Newcastle, if people don’t need to travel to city centres at all?”

The federal Minister for Urban Infrastructure and Cities, Paul Fletcher said the increase in people working from home was one of the factors adding weight to the case for faster rail between capital cities and regional centres, with businesses cases being prepared.

Emeritus Professor Peter Phibbs of the Henry Halloran Trust, which examines planning issues at the University of Sydney, said “some projects that seemed a good idea pre-COVID might not be as important.”

However, Professor McDonald and Dr Spiller said faster rail was essential for the future prosperity of satellite cities.