Her overnight success at Wimbledon this summer and spellbinding victory at the US Open catapulted teenage tennis player Emma Raducanu from Bromley girl next door to superstar.

And now The Mail on Sunday can reveal that she has netted another multi-million-pound deal, this time with communications giant Vodafone.

Sources say that negotiations have been going on for some weeks but Miss Raducanu, 19, signed on the dotted line ‘very recently’ with a contract claimed to be worth £3 million a year. It is understood her role will be announced in February. 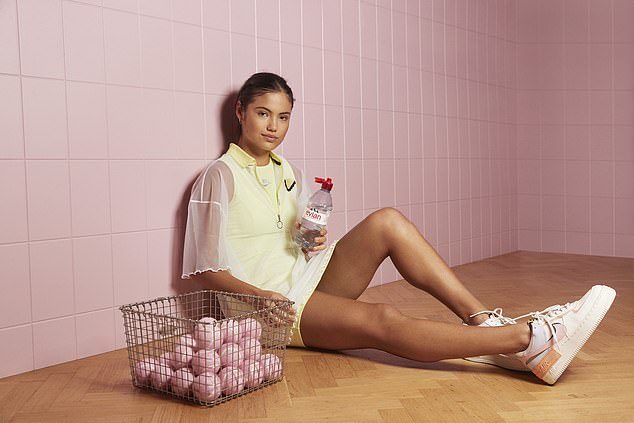 It comes just days after the newly crowned BBC Sports Personality of the Year was unveiled as a global brand ambassador for British Airways, in a deal also understood to be worth seven figures.

Miss Raducanu, who was still at school a year ago, is signed with IMG talent management company, where she is looked after by Max Eisenbud – the man behind her fellow tennis player Maria Sharapova’s big-money deals.

Miss Raducanu has been inundated with offers since winning the US Open in September and, as one of the most marketable women in the world, could now be worth in excess of £10 million.

One source said: ‘This is a coup for Vodafone. Everywhere Emma goes now, she will have their logo nearby.

‘She is exactly the woman they want: successful, normal and someone that young people aspire to be like. She is literally the perfect signing.’

Experts say she is extremely marketable because she is British; she ‘looks the part’; and she speaks fluent Mandarin – something that is exceptionally important in the Far East – and very helpful for big organisations. 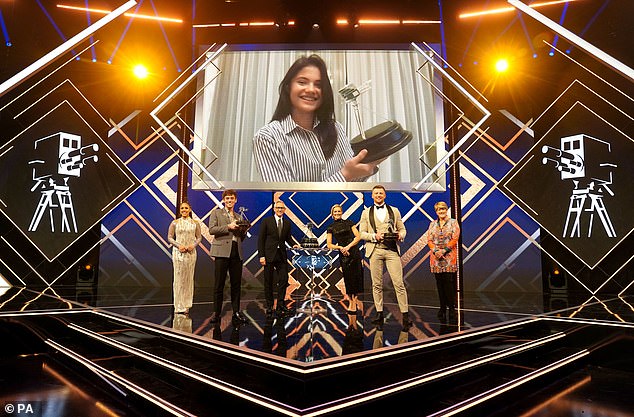 Comparing his two tennis stars, he remarked: ‘The difference between Maria winning Wimbledon and Emma winning the US Open really comes down to social media.

‘There was no social media in 2004, but it made things move so fast this time. It’s just in warp speed.’

It is a fairy tale for the teenager from Kent, who collected her A-level results only weeks after playing at Wimbledon.

…to add to millions from BA, Tiffany, Dior, Nike and Evian

Emma Raducanu has a string of huge marketing deals including a £100,000-a-year rolling contract with Nike, who provide her clothing and shoes for the court.

The teenager has a Wilson Blade racket – and a deal with the sports giant also thought to be £100,000 a year.

Ms Raducanu wore Tiffany pieces throughout her US Open run – including during her victory over Leylah Fernandez in the final – and reportedly signed a deal to be a global ambassador for the jewellery designer worth around £2 million in September.

In early December, she became the newest signing for Evian and last week British Airways confirmed her role as a global ambassador. 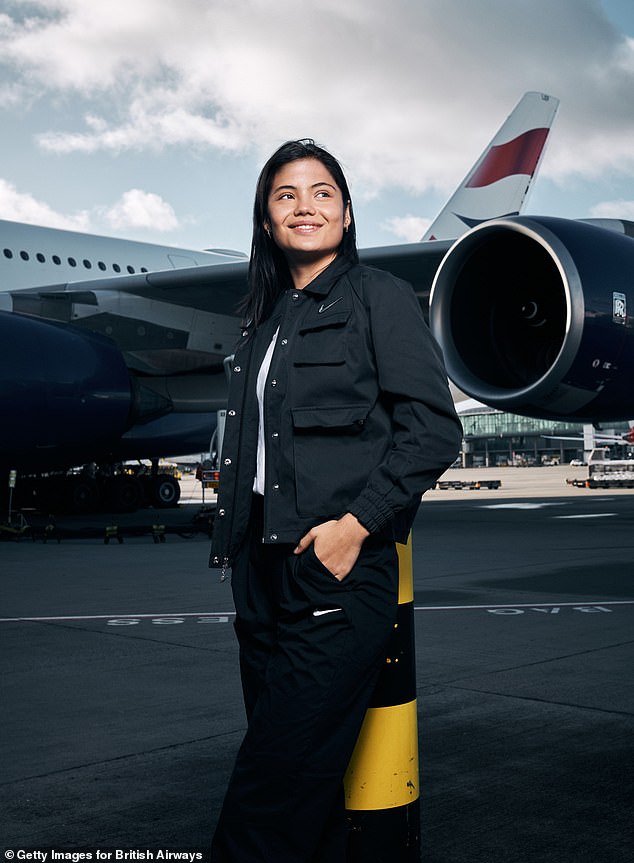 The newly crowned BBC Sports Personality of the Year was earlier this month unveiled as a global brand ambassador for British Airways, in a deal also understood to be worth seven figures 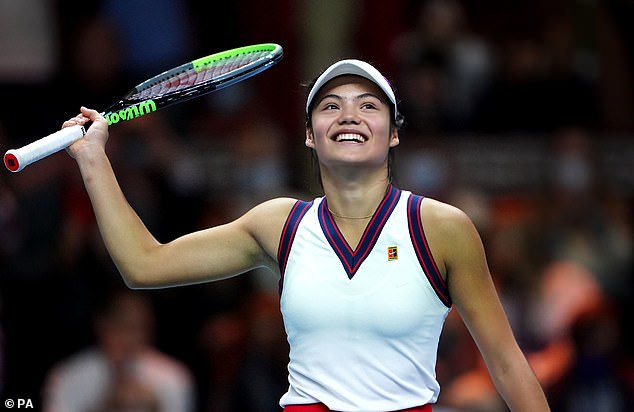 Miss Raducanu, pictured, has been inundated with offers since winning the US Open in September

Not only talented on the tennis court, she picked up an A* in Mathematics and an A in Economics.

Miss Raducanu made history with her US Open win, becoming Britain’s first female Grand Slam champion since Virginia Wade in 1977.

The victory also earned her about £2 million in prize money alone. Sports stars typically have up to six commercial deals in different genres as long as they don’t clash.

However, industry insiders say that she must keep winning on the tennis court or her deals could be very short-lived. 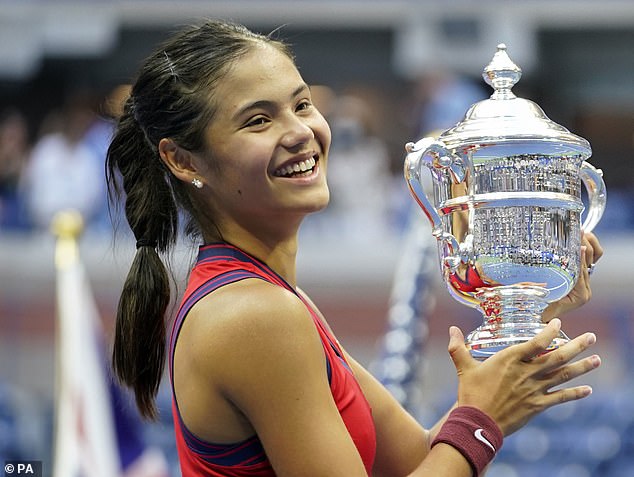 One said: ‘It’s all great for Emma while things are going really well but if she starts to lose, that’s when the knives will come out.’

And last week, Judy Murray, the tennis coach and mother of Andy Murray, said Miss Raducanu faces a steep learning curve in the year ahead.

She added: ‘She is, quite rightly, tennis and marketing gold dust right now. At the start, that may be exciting but over time, it’s likely to be very draining.

‘It’s not so easy for a teenager to fit into the corporate world but sponsorship and endorsements come with obligations and personal appearances.

‘And those all require your time and energy,’ she warned.