Reflecting on the ongoing yellow vest crisis that has undermined his authority Mr Macron said: “When citizens issue a forceful call for change, we need to listen, we need to work out what went wrong, and know when we have to change method and hear their message.

“Although we did our best to come up with the most appropriate response [to the crisis], some of the solutions put forward were too far removed from citizens’ demands… And this was a fundamental mistake.”

Mr Macron, who was in Geneva on Tuesday to mark the centenary of the UN’s International Labour Organisation, added that his government had to “transform the way it does things” and put “humanity at the heart” of government policy.

He said: “I do not want to make the same mistake twice.”

The French President also warned the world is going through a profound crisis and could be teetering on the brink of war, before calling for universal social protection and compensation for people whose livelihoods are threatened by technological and environmental change.

Mr Macron said: “I think that chaos is here. And I think it is our generation’s responsibility not to wait for a new war but to look at the world as it is.

“I believe that today we are on the brink, if we don’t take care, of a time of war.

“And that war is present in our democracies – it’s the profound crisis we’re going through. We can choose to be sleepwalkers.

“But if we want true progress we need to make some serious commitments.”

The yellow vest movement, which began late last year as a revolt against planned fuel tax hikes, morphed into a broader challenge to Mr Macron’s presidency and a rejection of his economic policies, derailing his reform agenda. 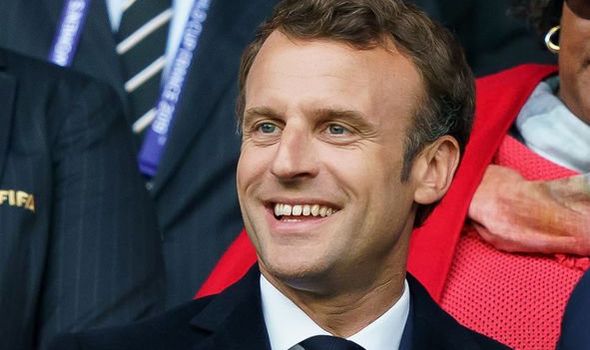 The 41-year-old former investment banker said last week the social crisis hit just as he was going through a critical “death valley” phase: when the first reforms have been unveiled but are yet to bear fruit.

He told the bankers of the International Monetary Conference: “When you start reforms, until the point where you have concrete results for people, you have to go through the death valley.

“It was in the middle of this death valley that we were attacked.”

But Mr Macron is confident he can put his reform agenda back on the right track now that the number of yellow vest protesters taking to the streets every Saturday has dwindled.

While still low, Mr Macron’s approval ratings have picked up again in recent months after falling dramatically at the height of the unrest. 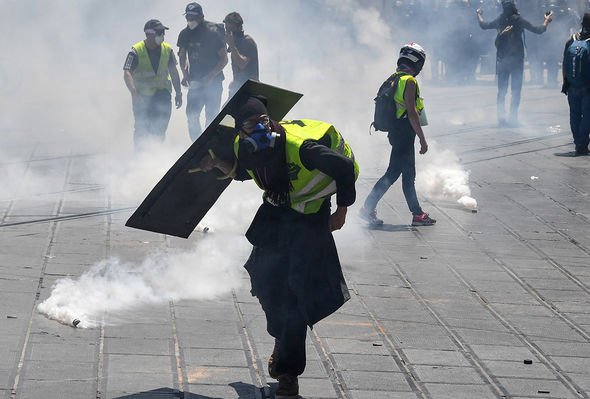 His satisfaction rating stands at 36 per cent, an Ifop-Fiducial poll for Paris Match newspaper and Sud Radio published on Tuesday showed.

The poll, conducted on June 7-8, asked 1,002 people whether they had a good or bad opinion of their young leader.

On the reform front, the Macron government is now working on pushing back by two years the age at which French workers can draw a full pension to 64, a source with knowledge of the matter told Reuters.

In addition, conditions to get unemployment benefits could be tightened and the amounts capped after six months, Les Echos newspaper said last week, saying this could save the state-backed system up to 1.3 billion euros (1.2 billion pounds) a year.

These changes, however, could reignite popular anger at the government in a country attached to its welfare state and where millions of protesters have marched against past changes to the pension age.