Macron claims Brexit is 'child' of 'lies and false promises'

The French president lashed out at Brexit and labelled it the product of “false promises” in an incendiary new year’s address. Mr Macron said: “A few days ago, we reached an agreement to organise our future relations, defending our interests, our industries, our fishermen and our unity, he said in a video address.

“The United Kingdom remains our neighbour but also our friend and ally.

“This choice of leaving Europe, this Brexit, was the child of European malaise and lots of lies and false promises.”

Writing for the Telegraph, Alexandra Philips, who served as UKIP’s head of media for three years, hit out at Mr Macron claiming he was irritated that Britain managed to reach a deal.

Mr Philips said: “It’s no surprise he is somewhat irked on our first day of freedom. 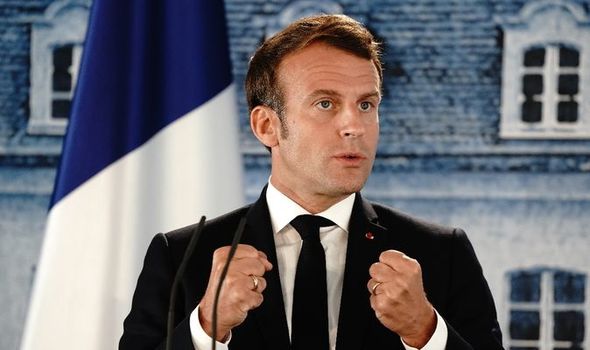 “It was, after all, Macron who instructed Barnier to pile pressure on the UK in the final weeks, even forcing a No Deal if necessary, in the vain belief the UK would face calamity on January 1 and come whimpering back to the negotiating table ready to accept whatever he demanded.”

Mr Macron, who has been vocal about his opposition to Brexit, has been facing calls for a referendum on Frexit, France’s departure from the EU.

Generation Frexit, a political movement set up in July 2020, ramped up the pressure for a consultation process to take place in France.

Charles-Henri Gallois, the president of the group, praised Britain following Brexit and expressed hopes a similar future could be possible in France. 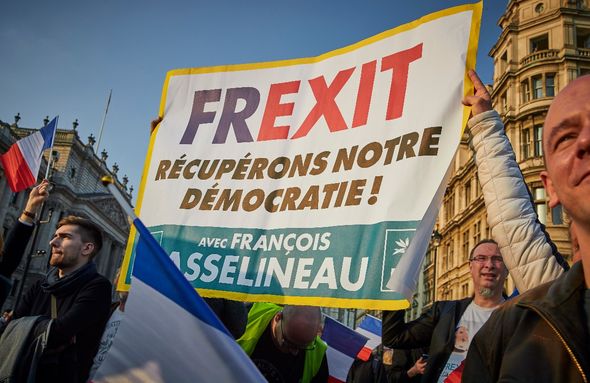 “I also wish my British friends a #MerryBrexmas!” including a British flag on the tweet.

“I hope that this year 2021 will allow the French people to also be able to express themselves democratically on our membership of the EU!”