An engineer who survived an 11,000 volt electrocution in a freak work accident has died 17 months later.

Dean Reynolds, 45, died in December but his family were this week forced to relive the horror as the aftermath of his accident was broadcast on reality show Helicopter ER.

Mr Reynolds had gone to check an electrical transformer following a power cut at C&D Foods, the pet food factory he worked at in Driffield, Yorkshire.

He was suddenly shocked with thousands of volts and left fighting for his life.

Harrowing footage from the Helicopter ER programme showed the moment rescuers arrived to find Mr Reynolds sprawled on the ground, but they first had to ensure the power was out before they could gain access to treat him. 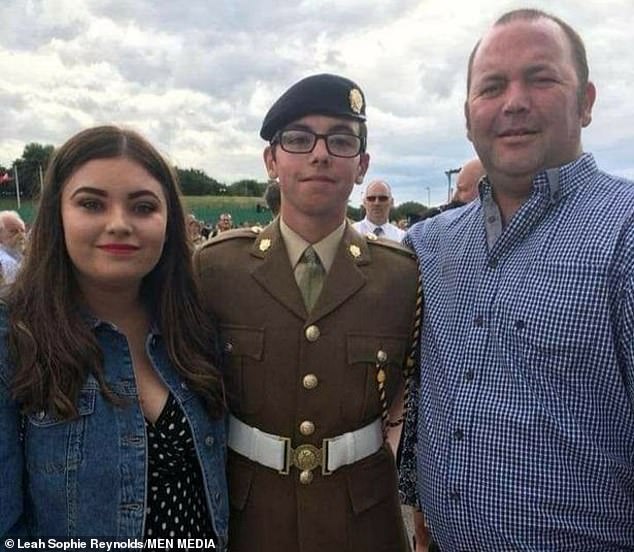 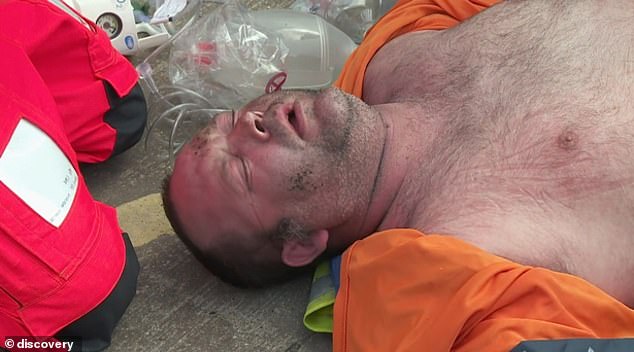 Harrowing footage was this week broadcast on Discovery Channel’s Helicopter ER programme, forcing the family to relive the accident

In hard to watch television, frustrated fire officers desperately tried to turn off the current but viewers were told that there was some confusion about the electrical supply.

Despite an ‘almost suicidal’ decision to enter the compound to retrieve Mr Reynolds, firefighters took a ‘calculated risk’ and dragged the man away from the transformer.

‘Deano’s heart is racing, his blood pressure is sky high and he is wheezing – possibly a symptom of burns to his lungs,’ viewers heard as Mr Reynolds was put into an induced coma at the scene.

It was these terrifying moments that daughter Leah Reynolds, 24, believes led to the death of her father 17 months later, despite surviving the initial accident.

Ms Reynolds said: ‘I believe my dad’s accident was part of the reason why he passed away but again that’s just what I think.

‘There wasn’t any evidence on the postmortem for natural or unnatural causes. 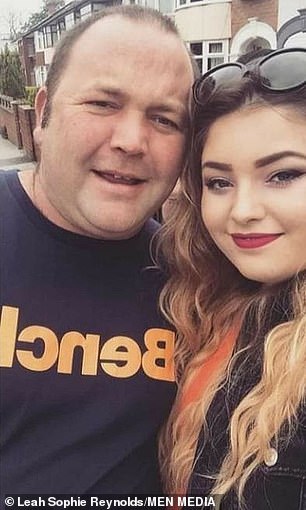 Sophie Reynolds, 24, with her father Dean. She gave birth in April last year but her father was never ever to meet the baby due to Covid restrictions

‘He had seizures and stuff but because of Covid his appointments were cancelled so he never really got a proper diagnosis of what actually happened to him.

‘He was a great father, he was such a character.

‘Everybody pretty much knew him in Hull to be honest- once you met him you wouldn’t forget him.

‘He was really funny, he loved his Strongbow on a night when he got home from work.

‘He was our main parent – he was really lovely and he had a heart of gold.

‘He was such a big character, he will probably be remembered mostly for his kindness towards people.’

Despite having only fond memories of her father, watching Helicopter ER was difficult for Ms Reynolds as she continued to hope for him while watching.

She said: ‘I was really upset watching it because I felt like he was still here, just watching him, even though he was unwell.

‘He was blinking and stuff and moving and it felt like he was still here and I kept saying in my head “come on dad pull through”.

‘It just brought back the memories of when that accident did happen and he did go into a coma and I had to sit with him and I didn’t know if he would wake up or not and the doctors told us that the worst might happen even then.

‘It just made me feel like he was still here, it was weird.

‘My Dad was one of those kinds of people that if he had a claim to fame he would want people to know about it and watch it so I had to watch it for him really.

‘Also to sort of find out what happened to him because he didn’t really know what had happened as there was no CCTV or anything.’

Ms Reynolds says that she and her brother, Sam, misses Dean very much and wishes that her new daughter Isla would have been able to meet her grandfather.

She said: ‘I had a little girl in April last year and she never got to meet him because of Covid.

‘It was so sudden it, it was just so horrible and he passed away just before Christmas.

‘He’d work a lot, he would do a ridiculous amount of hours to be honest.

‘He really loved Rocky Balboa the film, he was obsessed with them.

‘At his funeral we played “Eye of the Tiger”.

‘I used to always say he was a real life Rocky Balboa because he was quite a big fella and he had the dressing gown with Rocky on the back.’