Germany, led by Chancellor Angela Merkel, has become the EU’s major player with its dominant economy and significant influence within the bloc. However, even senior politicians in Berlin could be beginning to acknowledge that the bloc’s future is by no means guaranteed. This was highlighted by German philosopher Ulrike Guerot, an advocate for a ‘European Republic’ who has been critical of Brussels in recent years. She said: “Europe isn’t in a good state, a lot of people are saying that.

“Even Germany Secretary Steinmeier said in late October (2018) that we can’t rule out the demise of the EU any longer.

“And the idea that we will just carry on and things will be fine, that whole peace story, is becoming very wobbly.”

Professor Guerot was referring to comments by German President Frank-Walter Steinmeier as he visited a former Nazi concentration camp in Athens.

Speaking on European unity, Mr Steinmeier voiced concerns about the future of Europe, given the growing threat of populism.

He said European citizens needed to be convinced that crises can be overcome together, while extreme and populist positions must be repressed. 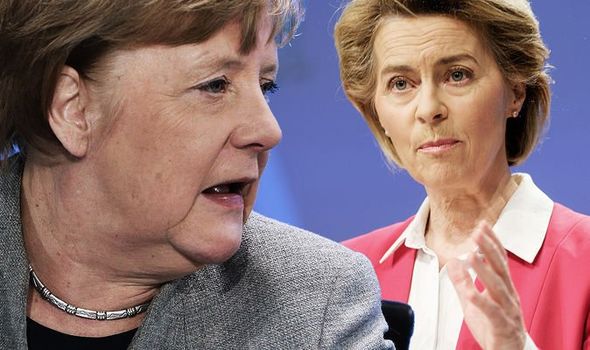 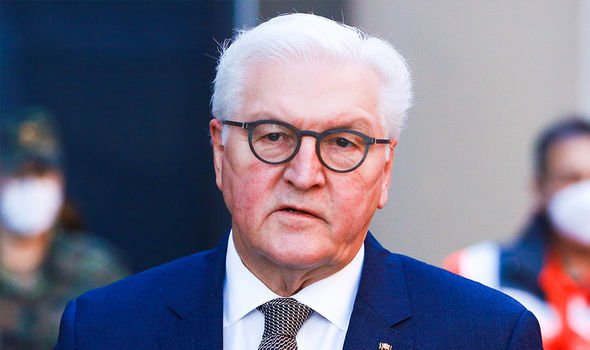 He said: “Europe was, and is, a promise we gave each other, one we never cease to give each other. And Europe is the task to which we jointly commit ourselves time and again.

“In the meantime, we see and hear movements in many European countries, including governments, which want to leave behind the democratic, social and just Europe based on the rule of law.

“Nationalist, authoritarian, xenophobic and even racist tones are unmistakable. Some actors seem to have a strange desire to see Europe self-destruct.

“And that is not merely polemical talk on their part – there is a very real risk that relations between European countries will be poisoned.”

Mr Steinmeier appeared to be hitting out eurosceptics within the EU. 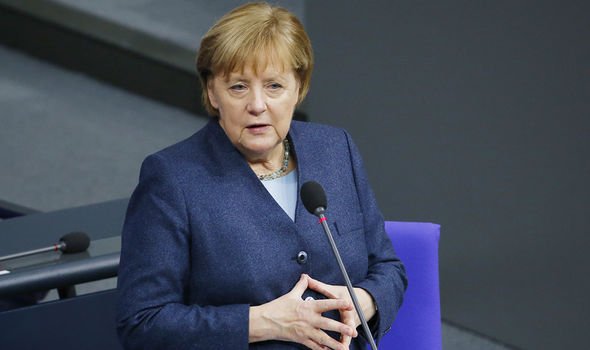 While only the UK’s anti-EU figures have reaped any success in their criticism of the bloc, there are a number of parties and politicians looking to emulate Brexit in other European nations.

Matteo Salvini in Italy and Geert Wilders in the Netherlands have also led eurosceptic movements.

However, Prof Guerot warned in VPRO’s 2019 documentary on the EU that Brussels also faces external threats.

DON’T MISS
EU fury as Sweden warned: ‘If Brexit happens, we want to leave!’ [INSIGHT]
EU in Brexit row as Barnier ‘not happy’ with von der Leyen [ANALYSIS]
EU insider’s furious parting swipe: ‘We will not be friends!’ [INSIGHT] 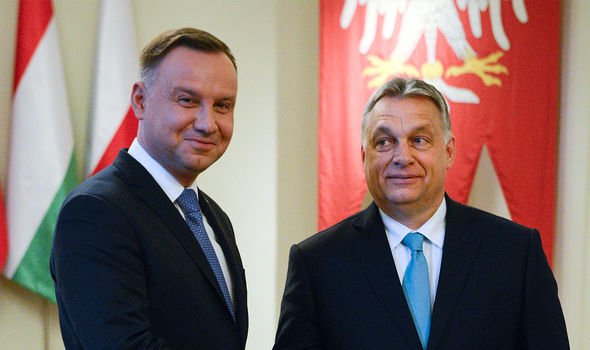 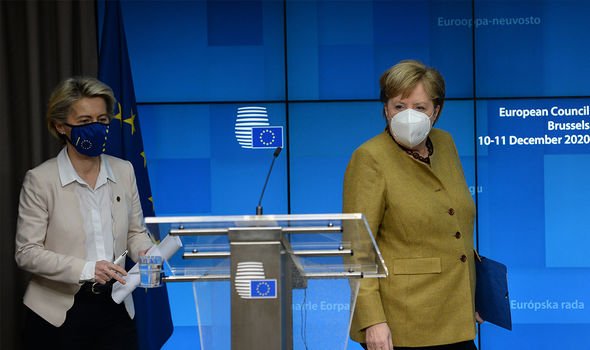 She added: “We see Turkey, ISIS and Vladimir Putin threatening the EU from the outside, and internally we see populism and nationalism everywhere.

“The legal systems in Hungary and Poland are falling before our eyes, and there is nothing we can do.”

Prof Guerot added that the growing opposition to the EU within the bloc may be the “chain reaction” started by the vote for Brexit in 2016.