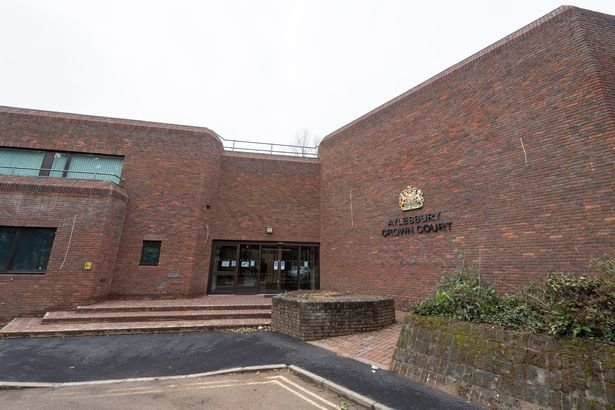 Mary-Louisa Andrews, 50, wept as she was found guilty on one count of cruelty to persons under 16 years old and given three years in prison.

She ignored her daughter’s pleas over fears her husband would leave her, the court heard.

In one incident, Andrews raped the young girl while they were in the living room watching TV.

His wife asked what they were doing and he shouted back “nothing” – with no more being said.

Prosecutor Angus Robertson said: “When she was aged 12 years, she found she was pregnant.

“If you wanted sexual contact, she had to deliver and the poor little thing was too scared to say anything”

“She had a termination of the pregnancy. She did not want to have that termination.

“Mr Andrews told Mrs Andrews that if the pregnancy wasn’t terminated he would end the relationship and leave her.

“Mrs Andrews always insisted that a young man was responsible and the girl should tell the boy he was the father. Mr Andrews continued to have regular intercourse with the victim after that termination.

“She became pregnant again when she was 13 years old, told her mother the father was Mr Andrews and said they could have her child.

“Both defendants were attempting to have a child of their own. Mrs Andrews considered this, but told her to ‘get rid of it’.”

He said during sentencing: “You treated your stepdaughter as an object. If you wanted sexual contact, she had to deliver and the poor little thing was too scared to say anything and when she did, her complaints were dismissed.

“A little girl, an innocent little girl, corrupted and for those years whilst under your care, her life was ruined.”

After jailing Mrs Andrews he told her: “The tears you shed are for yourself. I do not think any of them are for your daughter.

“I am not in any way influenced. You have not shown any sign of remorse.

“It is time somebody told you to your face – and I will: You were a wicked mother. When your daughter complained, her complaints were dismissed.

“You will take that dismissal to the grave. You betrayed your daughter to stand by your husband.”

Though she waived her right to anonymity, the victim does not want her name to be made public.