Mandarins in revolt over ousting of Civil Service chief: Sir Mark Sedwill’s predecessors say PM made him a ‘fall guy’ for ministers’ failings on coronavirus

Former Whitehall chiefs yesterday rounded on Boris Johnson over the ousting of the Cabinet Secretary.

In a cordial exchange of letters, the PM and Sir Mark insisted his resignation on Sunday night was by mutual agreement. 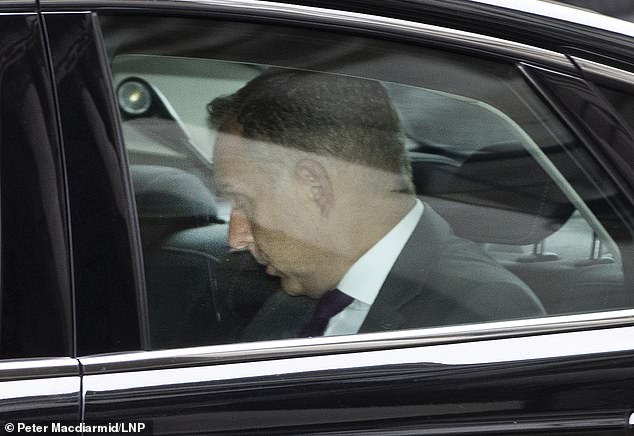 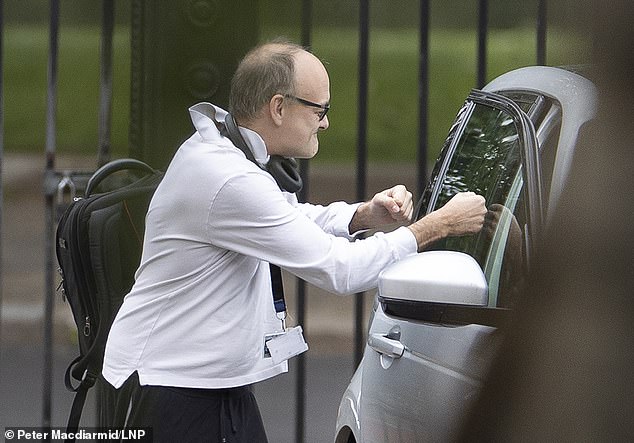 Civil service unions accused No 10 of orchestrating a series of ‘corrosive and cowardly’ briefings against the Cabinet Secretary, who Mr Cummings, pictured jokingly punching the windows of his car yesterday, is said to have seen as a ‘roadblock’ to a Whitehall shake-up 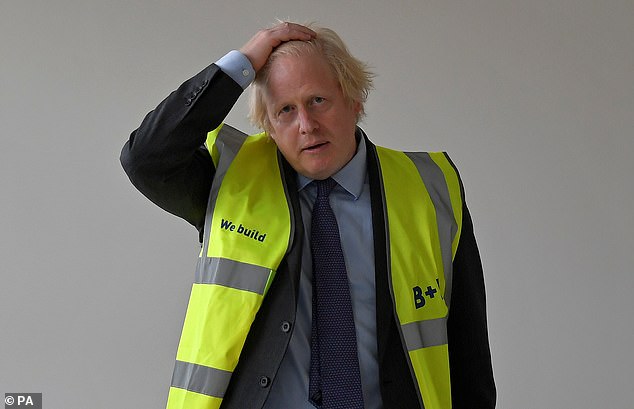 The PM, pictured at a school in west London yesterday, sought to play down claims that Sir Mark’s position had been undermined by a series of hostile press briefings

But civil service unions accused No 10 of orchestrating a series of ‘corrosive and cowardly’ briefings against the Cabinet Secretary, who Mr Cummings is said to have seen as a ‘roadblock’ to a Whitehall shake-up.

David Frost, the PM’s chief Brexit negotiator, will succeed Sir Mark as national security adviser at the end of August. He will be given a peerage and operate as a political adviser – the first time the role has not gone to a civil servant. Lord O’Donnell warned that political appointees were more likely to be ‘yes men’ – telling ministers what they wanted to hear rather than ‘speaking truth to power’.

‘I’m worried about the appointment of David Frost as national security adviser because I’m not quite sure how putting a special adviser in that role works,’ he told BBC Radio 4’s Today programme.

Mr Frost is a career diplomat but does not have a security background. Security and intelligence sources expressed concern yesterday at the appointment.

‘He is a political adviser and that could be dangerous,’ one said. ‘Independence and impartiality are crucial in any overview.

‘Some are questioning whether a man so clearly close to the Prime Minister and his team – of which he is clearly part – can be truly independent.’

Mr Cummings was reported to have been unimpressed by the response of the Cabinet Office to the coronavirus outbreak, telling aides a ‘hard rain is coming’ for the civil service. The senior adviser appeared bizarrely upbeat yesterday, smiling broadly as he arrived in Downing Street and jokingly punching the windows of a car. 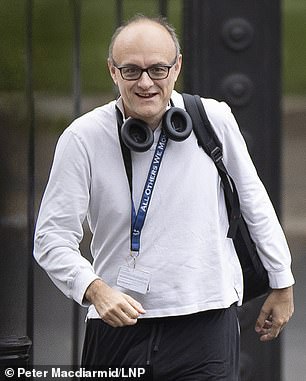 Mr Cummings, pictured yesterday, was reported to have been unimpressed by the response of the Cabinet Office to the coronavirus outbreak

The PM sought to play down claims that Sir Mark’s position had been undermined by a series of hostile press briefings.

He said there was ‘an awful lot of stuff that comes out in the papers to which I wouldn’t automatically attach the utmost credence’.

At a school in west London, Mr Johnson insisted Sir Mark, who will continue to be involved in the preparations for the UK taking on the presidency of the G7 next year, still had ‘a lot to offer’.

Downing Street defended Mr Frost’s appointment, pointing out that the United States picked political figures for similar roles. Government sources also pointed out that several former holders of the post have had backgrounds in diplomacy rather than security.

No 10 also stressed that the new cabinet secretary will be drawn from the ranks of current and former permanent secretaries – guaranteeing the top job goes to a mandarin rather than an outsider.

The PM dismissed reports that he planned to install a Brexiteer in the job, saying: ‘Who knows what his or her views will be?

‘The great thing about the civil service is that nobody should know, least of all me.’

Labour leader Sir Keir Starmer said it was ‘obvious’ the Prime Minister had been determined to get rid of Sir Mark.

‘Why you do so in the middle of a pandemic and a crisis instead of actually focusing on the crisis, is a question the Prime Minister needs to answer,’ he said.

Sir Mark is said to have informed fellow permanent secretaries of his decision to quit last week. Prince William’s private secretary Simon Case, who is on secondment to No 10, is among the favourites.

Celebrities
What's the truth about Kaley Cuoco's marriage? In one of her best-known roles, Kaley Cuoco — who's undergone a stunning transformation...
Lifestyle
SINGAPORE - Are you bored of Covid-19 constraints and looking for something novel to do? What about pounding the streets...
TV & Movies
Chris Hemsworth, Miles Teller, and Jurnee Smollett will lend their combined star wattage to Netflix’s “Spiderhead,” Variety has confirmed. The...
World News
A federal judge ruled Friday that the top US official overseeing public lands has been serving unlawfully in his post...
Beauty
Like death and taxes, pimples are an inevitable thing in this world. From toothpaste to Sudocrem, everybody has some sort...
Fashion
MILLIE Radford has shared an adorable photo of her new baby girl Ophelia. Millie, 18, who is part of Britain’s...
Recent Posts
We and our partners use cookies on this site to improve our service, perform analytics, personalize advertising, measure advertising performance, and remember website preferences.Ok