Ex-footballer care home worker, 63, who was caught groping and kissing a demetia sufferer, 78, after suspicious colleagues set up GoPro is jailed for five years

An ex-footballer and care home worker has been jailed for groping and kissing a dementia sufferer, 78, after being caught by suspicious colleagues.

Peter Jones, 63, was working as a care worker at at a home in Merthyr Tydfil, South Wales at the time of the assault.

Other care home workers set up a secret GoPro camera to catch Jones in the act, the court heard, and footage showed him assaulting the woman.

Jones was jailed for five years and three months after admitting to three charges of sexual activity on a person with a mental disorder. 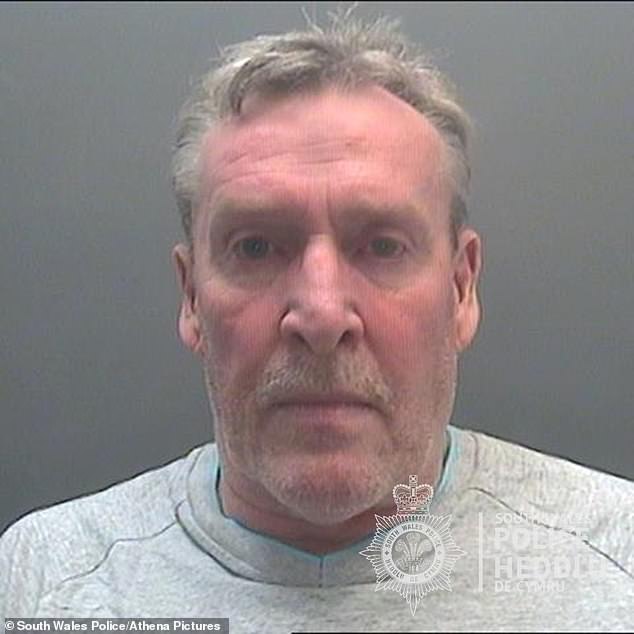 Ex-footballer Peter Jones, 63, was jailed for five years and three months after admitting to three charges of sexual activity with a person with a mental disorder

Judge Jeremy Jenkins said there was a degree of planning and that it was a gross breach of trust and a sustained attack.

He told Jones: ‘You systematically abused an elderly and frail woman in the most cruel way. You took advantage of her situation, she can’t tell anyone what happened, only you know that.

‘What you did brings shame on hard-working dedicated carers up and down the country. While they are deserving of our praise and thanks, especially at this difficult time, you are deserving of nothing but contempt.’

Staff were suspicious of Jones when he often locked himself in the room with the woman, so they hid the camera and were horrified when they viewed the covertly-filmed footage.

It showed the former semi-professional footballer kissing the woman and sighing ‘Oh God’ as he stroked her private parts.

The one-minute 43 second video was so disturbing a judge ordered the public gallery at Merthyr Tydfil Crown Court to be cleared before it was shown.

Staff at the care home in Merthyr Tydfil were suspicious of experienced carer Jones for two months before setting up the covert camera on June 14.

Police were called in after they gave the footage to managers at the home where Jones had worked for five years. 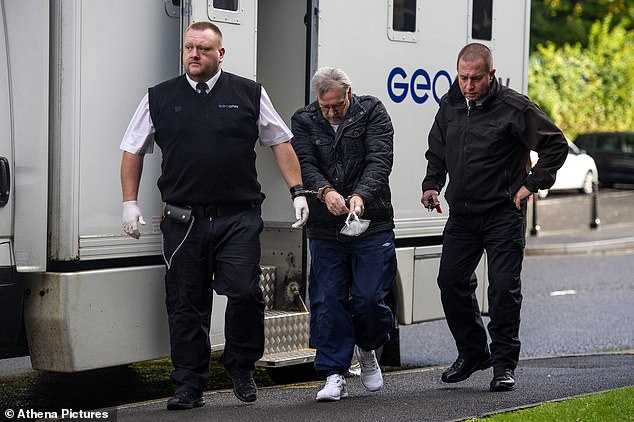 The victim’s daughter broke down in tears as she praised the care home staff who exposed Jones by filming him.

She told the court: ‘Most carers are genuine – Peter is one of the few who aren’t.

‘He will have to live with his guilt, the knowledge of what he’s done and the fact he was caught.’

Jones was an official ambassador for Merthyr Town FC who play in the Southern League Premier Division South, the eighth tier of professional football.

The full-back played in the club’s biggest game when they beat Italian Serie A team Atalanta in the European Cup in 1987.

Eugene Hickey, defending, said: ‘He has lost his good reputation – his name is now mud. 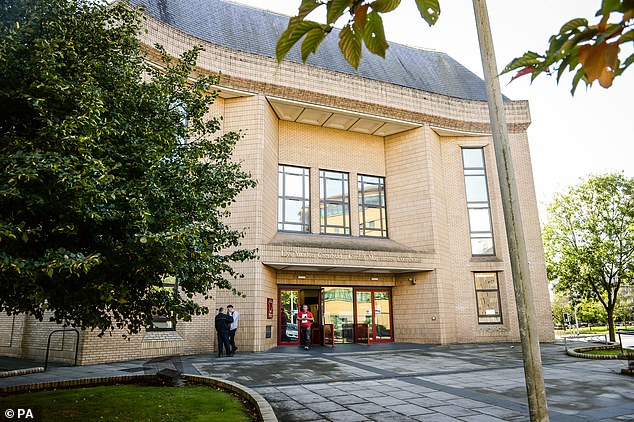 ‘His partner of 20 years is not standing by him and he has lost his profession – he will never work in the care industry again.’

Jones, of Merthyr Tydfil, will be on the Sex Offenders Register for life.

On June 30, South Wales Police confirmed officers were investigating an allegation of of sexual assault at the care home.

On July 13, charges against Jones were confirmed during a hearing at Cardiff Magistrate’s Court.

Of those charges, three were of allegedly intentionally touching a woman who is unable to refuse due to a mental disorder, with the touching being sexual.

The fourth was of allegedly intentionally touching a woman who is unable to refuse due to a mental disorder, involving touching the elderly woman’s private parts.

Celebrities
We will use your email address only for sending you newsletters. Please see our Privacy Notice for details of your...
Lifestyle
Fox News Flash top headlines for October 27 Fox News Flash top headlines are here. Check out what's clicking on...
TV & Movies
NBC has set a celeb-studded Law & Order special: The Paley Center Presents Law & Order: Before They Were Stars will...
World News
HEARTBROKEN family members have paid tribute to a police community support officer who died after testing positive for coronavirus. Graham...
Beauty
Facials are magic when it comes to transforming meh-feeling skin into glowing, blissful radiance in less than an hour. Even...
Fashion
Bailmain‘s footwear offerings range from sleek to hefty but the luxury house has made little inroads on a sneaker that...
Recent Posts
We and our partners use cookies on this site to improve our service, perform analytics, personalize advertising, measure advertising performance, and remember website preferences.Ok