The Playboy actress charged with assaulting an elderly passenger on a Delta flight last week in a stunning caught-on-video meltdown has been spiraling out of control for years — racking up criminal cases and allegedly threatening to kill her family, court records show.

Patricia Cornwall, 51, achieved national fame on Dec. 23 when she got into a spat with an 80-year-old passenger before allegedly clocking him in the head and spitting on his face on a packed Delta flight from Tampa to Atlanta.

Her midair performance garnered more than 9 million views on Twitter and may have rivaled her viewers for her 1996 appearances on “Baywatch” and “Married…With Children.”

But the mid-flight freakout was only the latest brush with the law in Cornwall’s recent past. She was busted last month, on Nov. 10, after crashing her gray Nissan into a tree at about 1:30 a.m. in Santa Rosa Beach, Florida.

“She said she was not hurt and then became belligerent,” wrote a Walton County deputy sheriff in an affidavit, who said she refused to identify herself. 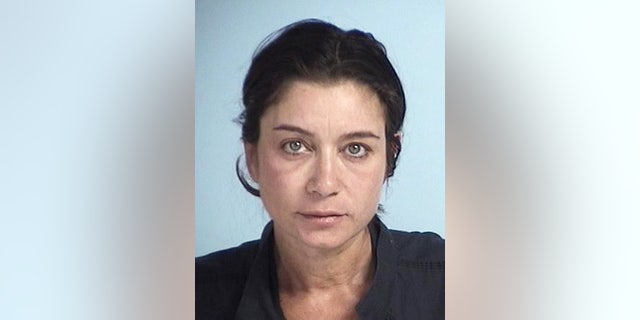 He added: “Once she got out of the vehicle, she started going after EMS and fire. Once we stopped her, she tried to fight us. At that point she was detained for her safety and ours.”

She reeked of alcohol, according to a tow truck driver on the scene. She refused to take a breathalyzer and failed a field sobriety test, court documents show.

She pleaded not guilty by mail to driving under the influence, careless driving and driving without carrying a driver’s license. She’s due back in court Jan. 10.

About one year earlier, on Dec. 11, 2020, in Los Angeles, she was arrested for drunk driving and later pleaded no contest. She was sentenced to 100 hours of community service and 36 months of probation, according to court records. 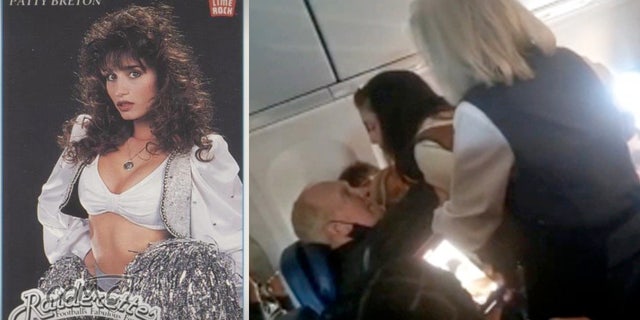 In the 1990s, Cornwall was a member of the Raiderettes, the cheerleading team for the Los Angeles Raiders.

In 1997, she starred as herself in two Playboy flicks, the first titled “Women Behaving Badly” and the second “Cheerleaders Shake Their Pom Poms.”

But by 2020, Cornwall’s life was unraveling. She was hit with two restraining orders that suggest her mental health was teetering.

In July 2020, her stepfather, Robert Spoeri, filed a restraining order against her in Los Angeles after she allegedly threatened to kill him and her mother, court records show.

At the time, she was living with her mother, stepfather and the couple’s teen children in their $3 million Spanish-style home in Pacific Palisades, California.

Spoeri said that Cornwall had attacked them and claimed she was the real mother of their kids. “[Cornwall] might kidnap them when she has delusional episodes,” Spoeri wrote in the application for a restraining order.

The filing says that Cornwall had to be committed to a psychiatric unit at least twice after suffering breakdowns at their home. Her mother was in such fear of her, she allegedly hid in the garage, the court documents say. A judge partially granted the request pending the outcome of a hearing, but it wasn’t immediately clear if the restraining order is still in effect.

A few months later, on Nov. 14, 2020, Cornwall’s sister-in-law Monica Cummings filed a similar restraining order in Walton County, Florida, alleging that the actress had threatened to kill her and harm her family.

“[She] has a history of violent outbursts and destructive, erratic behavior,” Cummings wrote. “She has an infatuation with my newborn son and two daughters. She has bipolar tendencies and paranoia…I fear for my life and my children.” A protective order was issued in favor of Cummings and her kids.

Cornwall was charged in the Northern District of Georgia with assault for the shocking alleged attack on her fellow Delta passenger.

The spat erupted after Cornwall tried to return from the bathroom to her seat and was blocked by a beverage cart. The attendant told her to wait for beverage service to end in an open seat, according to the federal complaint.

“What Am I Rosa Parks?” Cornwall allegedly blurted, prompting the man, identified only by his initials as R.S.M., to reply that she “isn’t black…this isn’t Alabama and this isn’t a bus.”

The pair began to bicker, hurling obscenities at each other. “Sit down, Karen,” the man barked. Cornwall can then be seen in the footage smacking R.S.M. in the face with a closed fist then spitting on him. She was ordered released on a $20,000 bond

Cornwall appears to be unemployed and was appointed a free attorney for her DUI in Florida and for her federal case.

Although Cornwall’s LinkedIn profile says she has worked as a Luxury Property Specialist for Berkshire Hathaway since 2009, the company said in a statement she has not been part of the team since 2018.

“Although she once worked with a franchisee member of the network, her actions are not a reflection of the brand,” a spokesperson said. “Berkshire Hathaway Home Services has always stood for, and will continue to uphold, the characteristics of trust, integrity, stability and longevity.”

Her LinkedIn profile also says that she has worked as a Global Luxury Specialist for Coldwell Banker since 2017, but a company spokesperson said she is no longer affiliated with the agency.

An attorney for Cornwall couldn’t immediately be reached.