AN ex-solider fears his house will collapse into the sea as it "hangs by its teeth" on a crumbling clifftop.

Winter storms have seen Lance Martin's home teeter on the edge, with his back door now only six metres from the cliff edge. 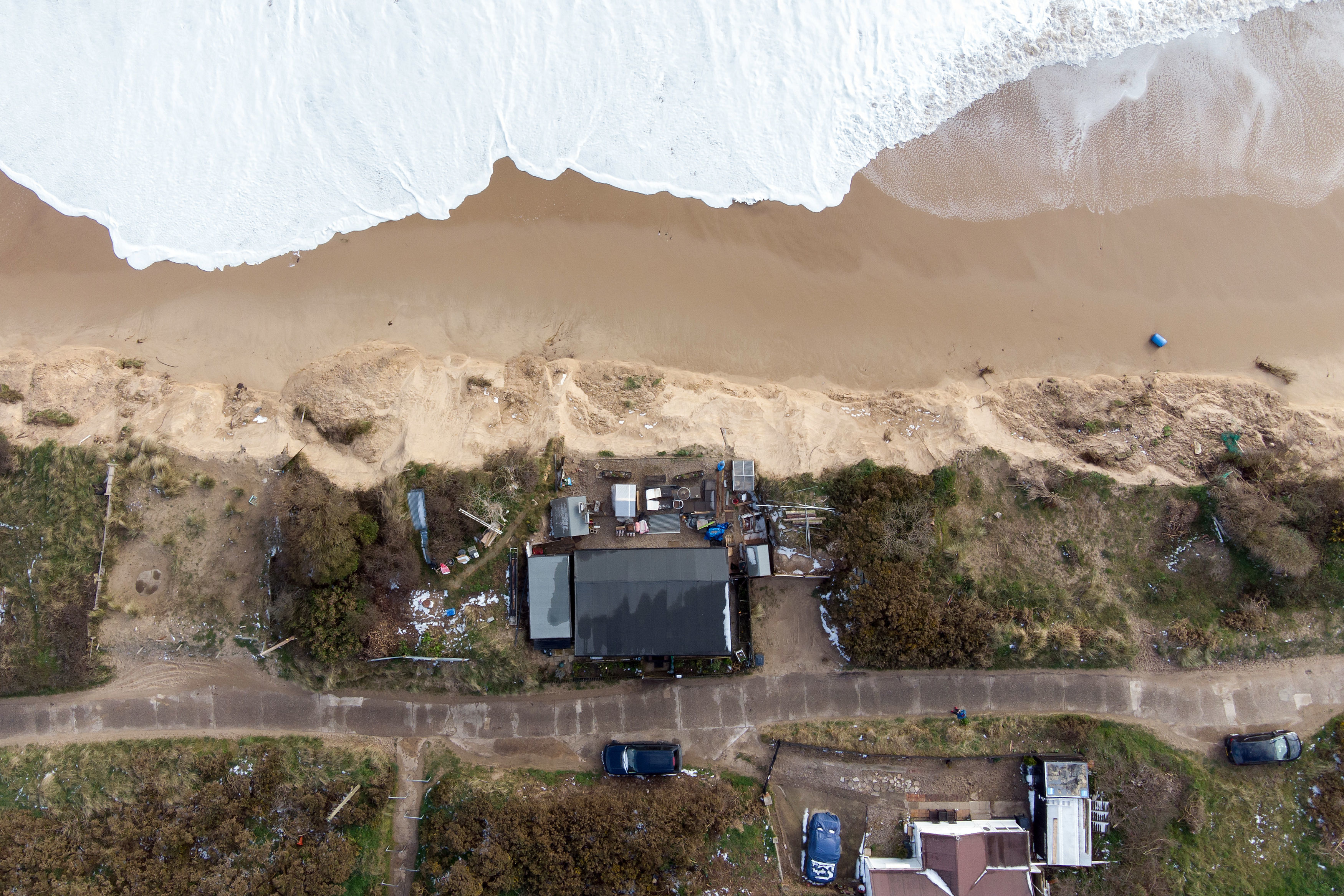 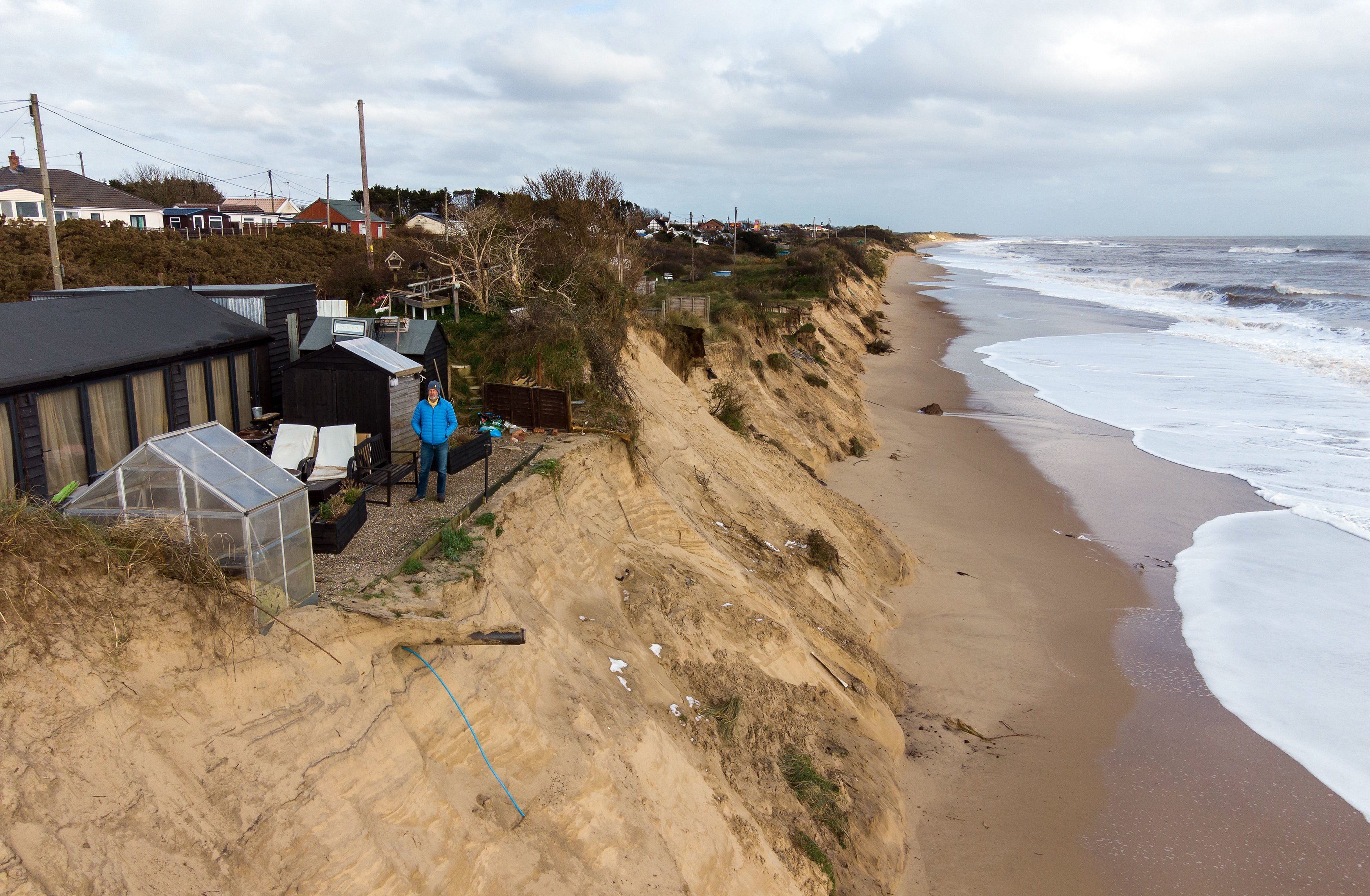 The 63-year-old has suffered countless sleepless nights as more of his garden falls into the sea – the latest of which plunged on Easter Sunday.

Lance said: "Because I could actually see what was going on it stressed me out a lot more.

"Normally I'm a sound sleeper but I think I got about 10 minutes' sleep on that night."

He went on: "The waves were huge – they were crashing down into the base of the dunes.

"I rushed across the road to my friend's house and asked him to come and assist me to take the fence down and move the shed. It was dropping constantly that day.

"The waves nibble at the base of the dune and you don't really see how far it's cut in as you're looking down on it, then all of a sudden part of the dune will just drop away.

"You don't get any warning, no noise or anything." 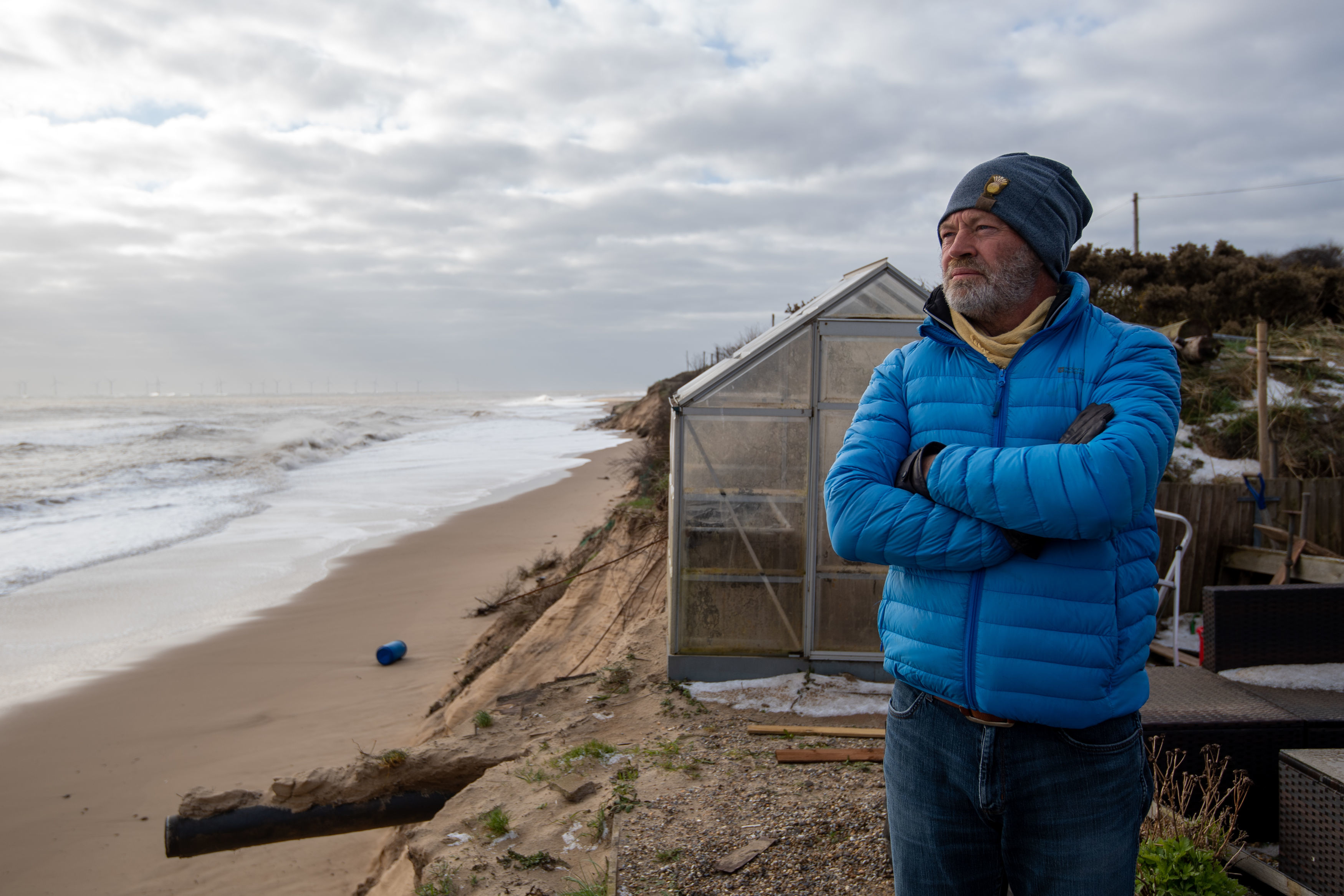 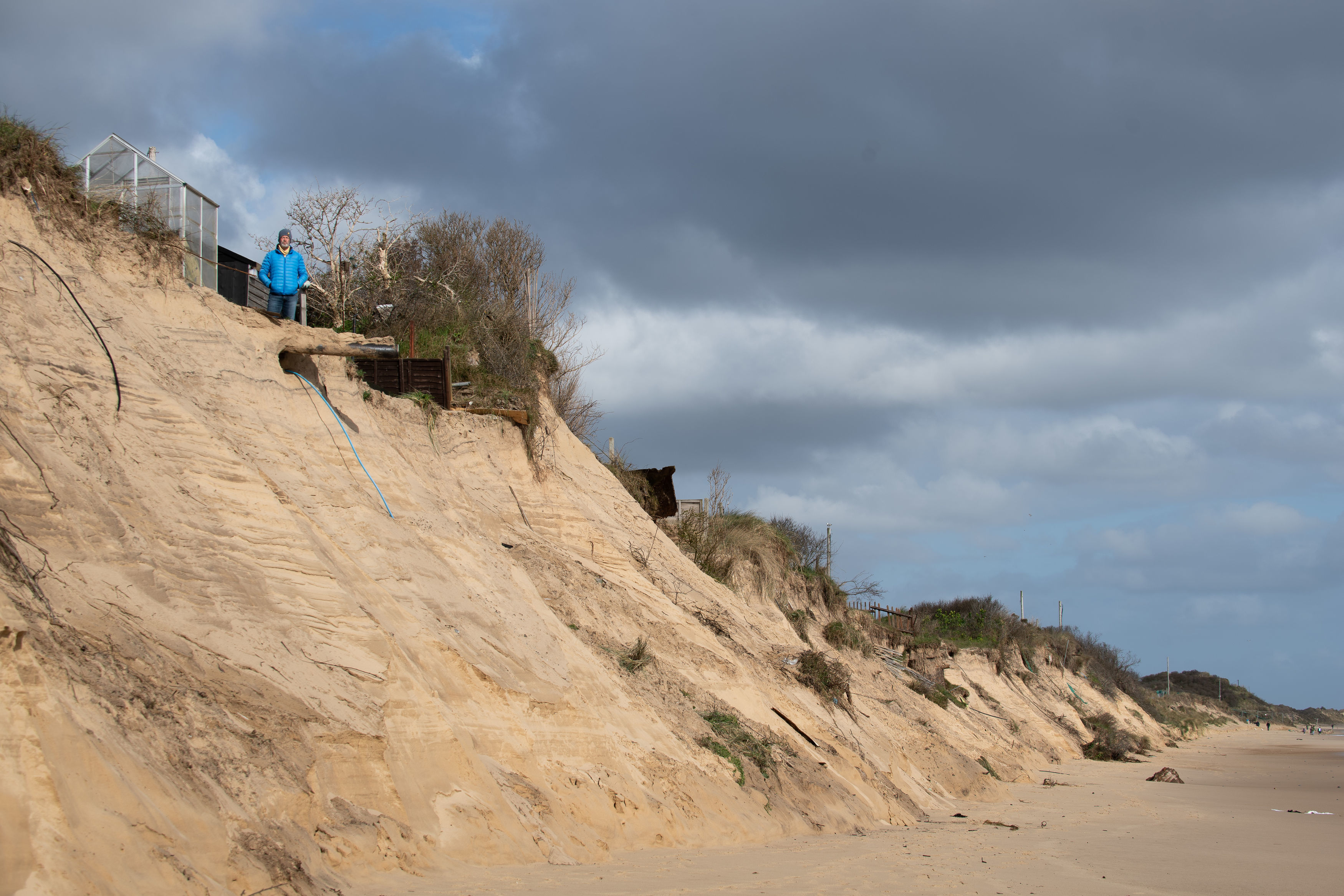 He said he could stand on the roof and still not see the sea when he moved in, and was told by a survey to expect one metre (3ft) of dune loss per year to erosion.

But he lost almost 30m (100ft) of sand dune during the Beast from the East storm in 2018 – and more went on Easter Sunday, with the drop becoming more sheer.

He has mounted a solar light on a piece of plastic pipe put into the top of the dune.

"I can sit on my sofa at night-time, look through the window and see that light shining," he said.

"I know that if the light's not shining the dune's collapsed even more, and that'll give me a warning that something's going on."

Lance said he may have to seek safety at a neighbour's house if that happens. 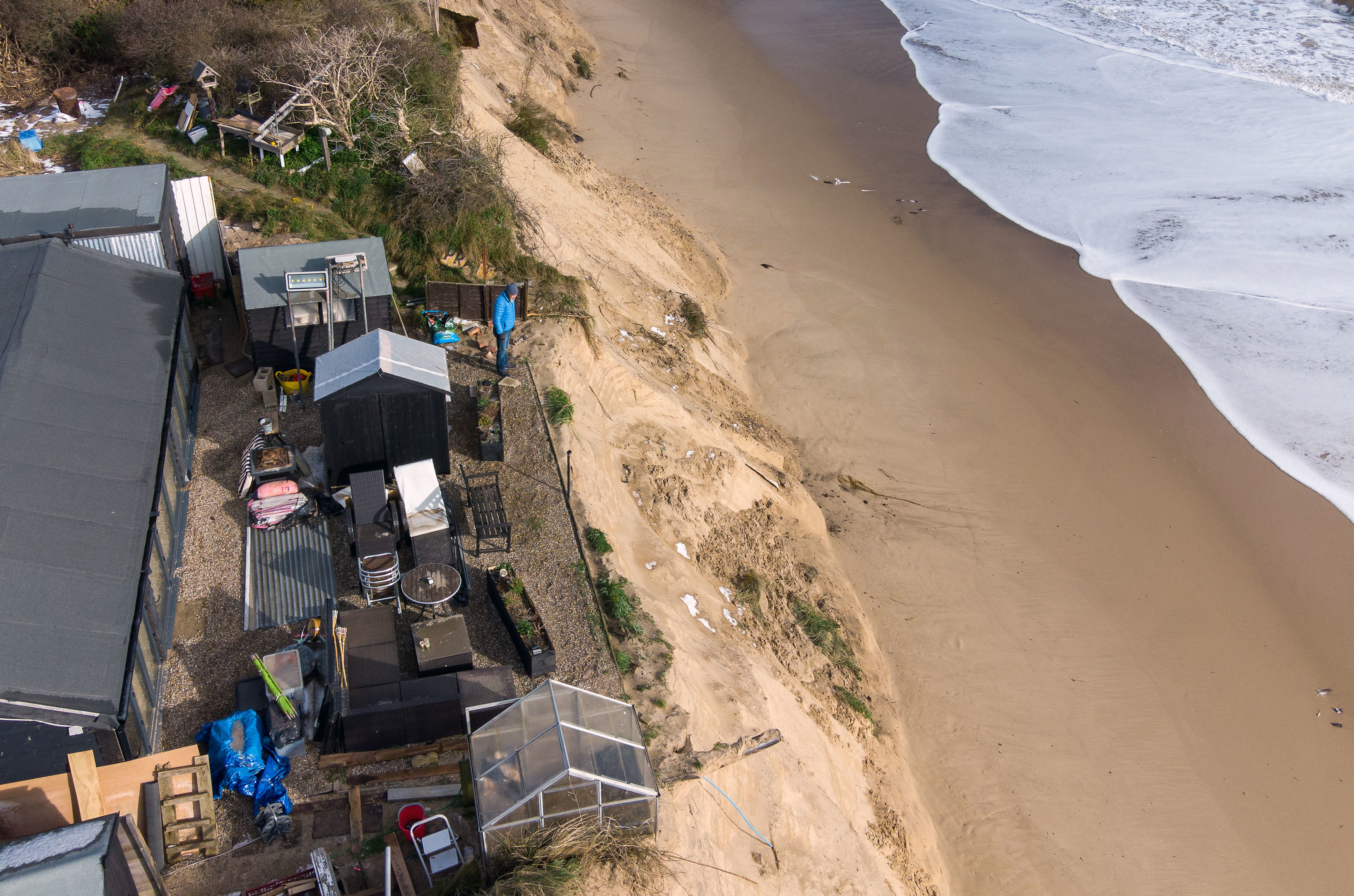 There were originally 13 homes in his row, but his is now the only one left.

Lance said the local lifeboat crew has offered to help him rearrange his 75 two-tonne concrete block sea defences, which are intended to break the force of the waves but have become buried by the sand.

He also wants to make the dune "terraced", with a shallower angle to the beach, and appealed for any heavy plant operators with "spare time and spare machinery to come down and give us a hand".

He said he has a "Plan Z, which I don't really want to do", which is to drag the entire property to a vacant plot across the road, further inland.

"I've kind of made a stand here that I intend to keep on going as long as physically and mentally possible," he said.

He moved to the coast after he retired from his security job in London and sold his flat in Dagenham, east London.