Washington: The Biden administration has confirmed there has been an explosion outside the international airport in Kabul just days before the scheduled withdrawal of all US troops.

“We can confirm an explosion outside Kabul airport,” Pentagon spokesman John Kirby said on Twitter.

“Casualties are unclear at this time. We will provide additional details when we can.” 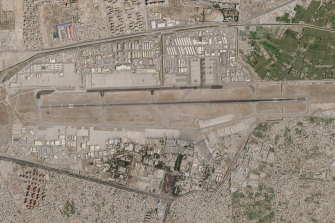 The number of casualties is not yet known and the attack has not been attributed to a specific group.

The US and its allies urged their citizens to stay away from the airport on Thursday (AEST) because of the growing risk of terrorism.

The Australian government warned of a “very high threat of a terrorist attack” at the airport while the UK Armed Forces Minister said that an “imminent, lethal attack” could happen within hours.

US President Joe Biden said earlier this week that he planned to stick to the August 31 withdrawal deadline, citing the increasing risk to US troops the longer they stay in the country.