A FAMILY-OF-SIX was left stranded at an airport "with no choice of food" after their flight was delayed by 12 hours.

Mum Hollie Sheldon was travelling back from an Italian skiing holiday with her husband and four kids on Boxing Day when their trip turned into a nightmare. 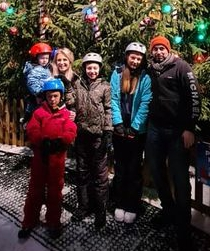 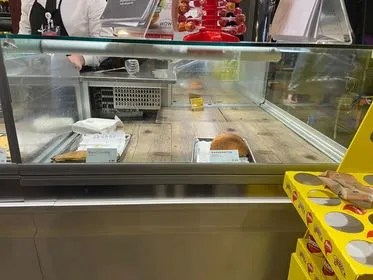 The first major blow came at Turin Airport when they were told the plane that was due to take them home to Manchester was held up due to "technical issues".

Their holiday provider TUI handed out food vouchers to fed-up passengers, but Hollie said there was hardly anything to choose from and almost nothing for her son who has coeliac disease so requires a strict gluten-free diet.

She ended up having to spend £70 of her own cash on snacks to keep them going during the wait, including £20 on sushi for her boy as it was the only thing he could eat.

After that it was "delay after delay" – only receiving updates on their journey home via email and text.

And when they were finally due to board the aircraft, Hollie discovered her entire family had been split up and had to sit separately.

The Sheldons didn't end up leaving the runway until well past midnight – more than 12 hours after their scheduled departure time of 11.50am.

Hollie, whose children are aged two, six, eight and 15, told Manchester Evening News: "We arrived at the airport and checked in fine.

"Before we went through security we got a quick McDonald's, but as we were eating, we got an email that said our flight was going to be delayed and we were going to get a food voucher.

"We went through security and then it was just delay after delay. We were given updates via email and text rather than from anyone in person."

Spanish newspaper jokes that Ronaldo has 'offered himself to Barcelona'

Dragons' Den millionaires slammed my idea – now it's worth £86MILLION

Hollie, who lives in Shropshire, said the first voucher was for £10 per person but could only be spent at one restaurant and "there really wasn't a lot of choice".

Staff then handed them another £6 coupon, but still they were restricted on what they could buy – and there was nothing for her coeliac son.

When the flight was delayed yet again, passengers were given a £15 voucher to spend on food and drink – and by this time everyone was very hungry.

Hollie said: "We had to wait 20 minutes in a queue each time and once you got to
the front the food had pretty much run out."

She hoped there would be more options available on board the flight, but "all they had was drinks and a few snacks".

"I explained that there had been no provisions for my son who was gluten free but there was nothing on board the plane," the mum said.

"I had one burger from McDonald’s and a croissant all day.

Hollie said that while the holiday itself as "great", the ordeal on the way home was a "complete nightmare" and an utter "shambles" and is demanding compensation.

A spokesperson for TUI said: "We’re sorry to hear of Ms Sheldon’s experience in Turin following her delayed flight to Manchester.

"Our teams worked extremely hard to offer assistance to all customers throughout the delay and provided them with refreshment vouchers.

"Unfortunately, the choice of food options available in the airport is beyond our control.

"As an alternative aircraft had to be sourced due to the delay, we were only able to provide snacks onboard for customers.

"We know delays are a frustrating experience for customers, and we would once again like to apologise to Ms Sheldon and thank her for her patience and understanding." 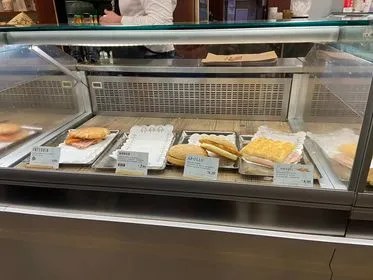