Points-based immigration will mean shortage of fruit pickers, bar staff and care workers while damaging the high street and driving up food prices, Priti Patel is warned as she insists millions of ‘economically inactive Brits’ can replace migrants

Leaders in agriculture, hospitality and the care system were among those who lashed out at the Home Secretary after she dismissed fears over staff shortages caused by the proposed points-based system.

But National farmers’ Union president Minette Batters warned that tens of thousands of seasonal migrant workers will still be required to come to the UK to harvest fruit and vegetable crops in 2021, the year in which it comes into force.

NFU president Minette Batters said: ‘As the UK’s largest manufacturing sector, British food and farming is at the very core of our economy and any immigration policy must deliver for its needs.

‘We have said repeatedly that for farm businesses it is about having the full range of skills needed – from pickers and packers to meat processors and vets – if we are to continue to deliver high-quality, affordable food for the public. 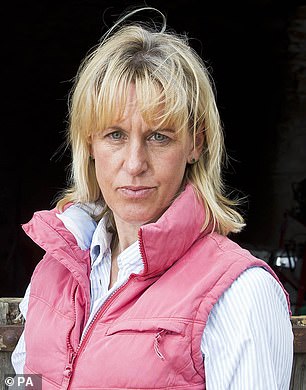 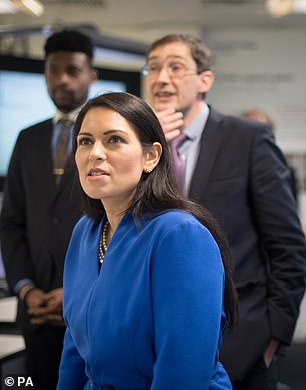 NFU president Minette Batters (left) warned that thousands of seasonal migrant workers will be needed in 2021. But Ms Patel used a media interview today to insist that eight million ‘economically inactive’ Britons could fill their place 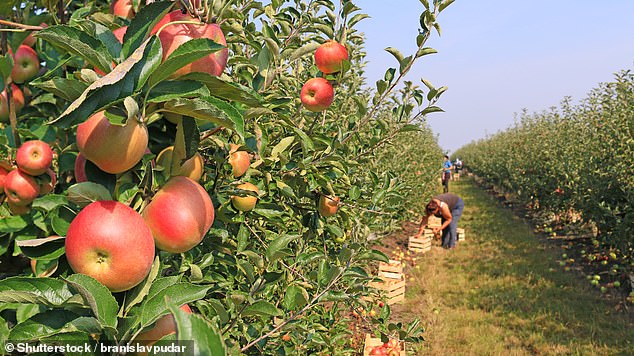 The NFU urged the Government to commit to a full seasonal workers scheme for 2021, so growers can recruit 70,000 people needed on British fruit, vegetable and flower farms

‘Failure to provide an entry route for these jobs will severely impact the farming sector.’

Home Secretary Priti Patel has identified the eight million ‘economically inactive’ people in the UK as a potential source of new recruits for businesses, who could be given skills and training to offset any shortages caused by the new points-based immigration system.

But who is ‘economically inactive’?

According to the latest estimates from the Office for National Statistics (ONS), in the three months to December 2019 there were just under 8.5 million people between the ages of 16 and 64 in the UK who were economically inactive.

This represented around a fifth of all 16 to 64-year-olds.

Economic inactivity is different from being unemployed, and measures people who have not been actively seeking work within the last four weeks and/or are unable to start work within the next two weeks.

People can be classed as economically inactive for a number of reasons. Of the nearly 8.5 million currently within the category, the ONS estimates that:

There are also an estimated 33,000 ‘discouraged workers’ – people who would like to be working but have given up looking.

The remaining 947,000 are classed as having ‘other’ reasons for not being in work.

The overall number of economically inactive people has fallen in recent years, from just over 9.5 million in May-July 2011 to the current level of nearly 8.5 million.

The number of temporary workers farms can recruit from outside the EU under the seasonal workers scheme has been increased to 10,000 for the coming season, up from 2,500, which the National Farmers’ Union (NFU) said would ease some of the pressure this year.

But the NFU urged the Government to commit to a full scheme for 2021, so growers can recruit the 70,000 seasonal workers needed on British fruit, vegetable and flower farms.

Ms Batters added: ‘It is ironic that the Government on the one hand is encouraging more people to increase the amount of fruit and veg in diets, yet on the other hand is making it harder for that fruit and veg to be produced in Britain.’

Environment Secretary George Eustice said: ‘The farmers and growers I’ve spoken to have made a powerful case for needing more workers during the coming busy months.

‘Expanding our seasonal workers pilot will help our farms with the labour they need for this summer’s harvest, while allowing us to test our future approach further.

‘We will always back our farmers and growers, who produce world-famous British food to some of the highest standards anywhere in the world.’

Responding to business concerns about what the proposals could mean for potential staff shortages, Ms Patel had said today: ‘It is about time that businesses started to invest in people in this country.

‘We have over eight million people, that is 20 per cent of the work force aged between 16 and 64, that are economically inactive right now.’

Told that some of those people do not want to do certain jobs, Ms Patel said: ‘That is an assumption that has been made but it is down to businesses as well to work with the government, to join us in investing in people, levelling up across the United Kingdom so we can have wage growth across the entire country but also investment, innovation when it comes to supporting people and training them.

‘That is absolutely at the heart of the government’s agenda and of course businesses should be encouraged by that and they should be working with us to achieve that.’

But industry leaders questioned her grasp of the situation.

The UK Homecare Association said: ‘We are dismayed by the decision Government has made.

‘Cutting off the supply of prospective careworkers under a new migration system, will pave the way for more people waiting unnecessarily in hospital or going without care.

‘Telling employers to adjust, in a grossly underfunded care system, is simply irresponsible.’

“These proposals will cut off future growth and expansion and deter investment in Britain’s high streets,’ she said.

‘It will lead to reduced levels of service for customers and business closures.

‘Hospitality is already facing an acute labour shortage, despite investing significantly in skills, training and increasing apprenticeships for the domestic workforce.’