BREAKING NEWS: Dr. Fauci predicts America will have new 100,000 coronavirus cases every DAY compared to 40,000 now ‘if things don’t turn round’ and warns ‘it could get very bad’

Fauci made the bleak prediction as new coronavirus cases surged 46 per cent amid new outbreaks in the south and west.

‘We are now having 40-plus thousand new cases a day,’ Fauci told a Senate Committee during testimony. ‘I would not be surprised if we go up to 100,000 a day if this does not turn around, so I am very concerned,’ he said.

‘We can’t just focus on those areas that are having the surge. It puts the entire country at risk,’ he said under questioning from Sen. Elizabeth Warren, a Massachusetts Democrat.

The vice presidential contender asked Fauci if he would provide an estimate of U.S. deaths, which he declined to do. 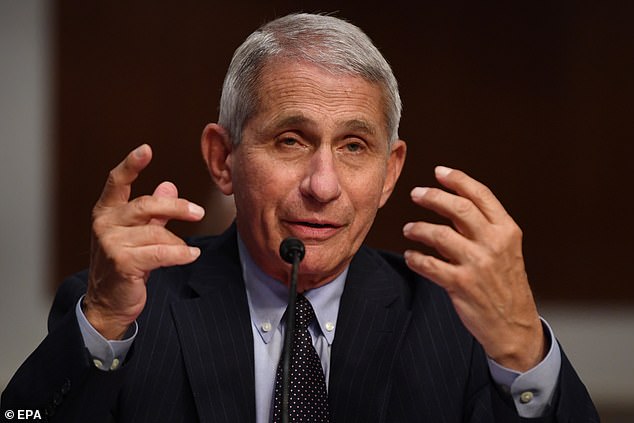 Dr. Anthony Fauci, director of the National Institute for Allergy and Infectious Diseases, testified that the U.S. could start seeing up to 100,000 infections each day

‘I think it’s important to tell you and the American public that I’m very concerned because it could get very bad,’ he told her.

Fauci repeatedly pointed to a lack of sufficient social distancing in the country, urging people to avoid groups and wear masks when in a position where they might be exposed to others.

‘We’re going to continue to be in a lot of trouble and there’s going to be a lot of hurt if that does not stop,’ he said.

‘It is going to be very disturbing, I can guarantee you that,’ he said.

At the start of the hearing, Republican Sen. Lamar Alexander pleaded with President Donald Trump Tuesday to wear a mask in public to encourage his MAGA-followers – as the nation’s top health officials embraced a call for distribution of free masks to encourage their use.

‘The president has plenty of admirers,’ Alexander, who chairs the Senate Health, Education, Labor and Pensions Committee, noted at the top of a hearing Tuesday. 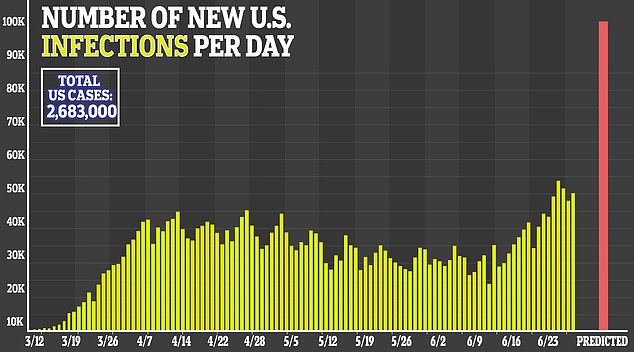 Fauci raised the alarm that U.S. infections per day could more than double to 100,000 per day 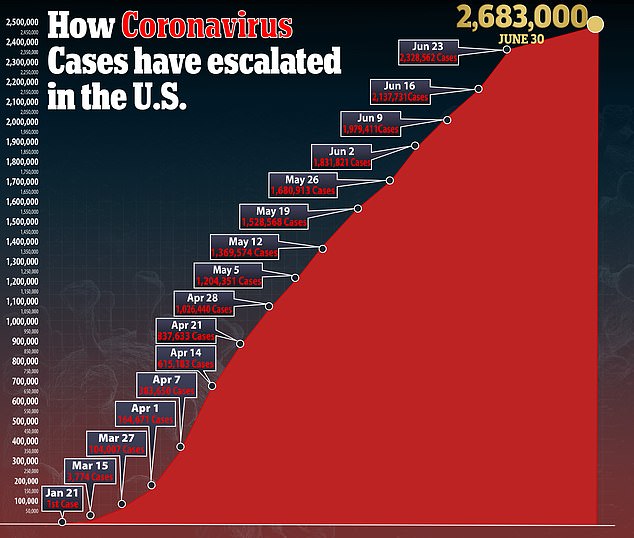 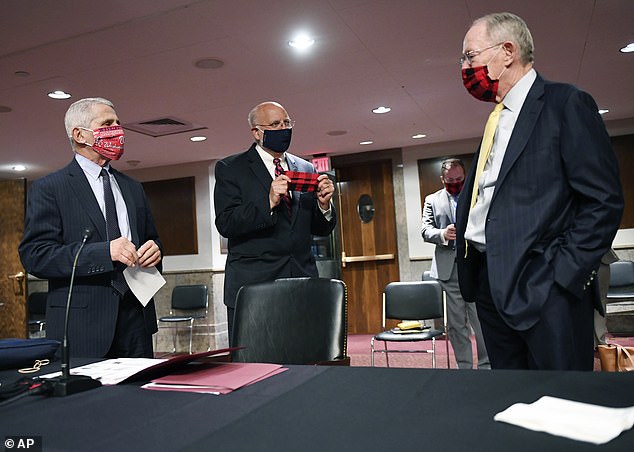 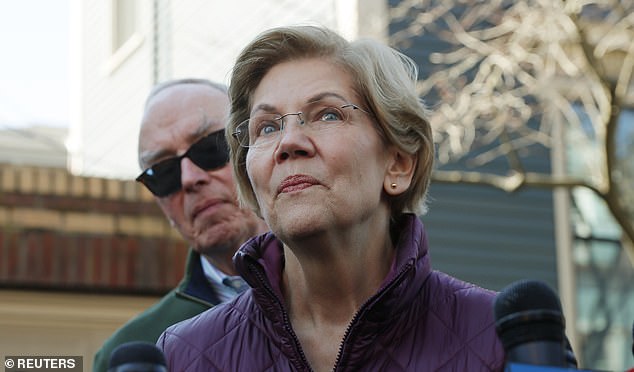 Senator Elizabeth Warren of Massachusetts asked Fauci for a prediction on daily U.S. deaths due to the disease. He told her 100,000 people might become infected each day

‘The stakes are too high for the political debate about pro-Trump, anti-Trump masks to continue,’ Alexander said. He had to go into quarantine after coming in contact with an aide who tested positive for the virus, but says he was protected by the staffer wearing a mask.

‘Anything that furthers the use of masks whether it’s giving out free masks or any other mechanism I am thoroughly in favor of,’ Fauci told Sanders, a democratic socialist who failed to beat back former Vice President Joe Biden in the battle for the Democratic nomination.

Fauci called masks ‘extremely important,’ saying they protect both the person wearing it and those they might come in contact with. 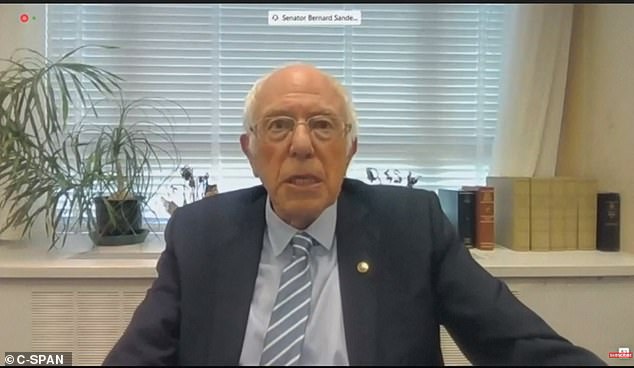 Vermont Sen. Bernie Sanders quizzed health experts on the idea of having the government distribute masks to every U.S. household

‘There’s no doubt that wearing masks protects you and gets you to be protected,’ he said.

Fauci had asked him: ‘Would you support an effort to greatly increase the production of high quality masks’ and to ”distribute them free of charge to every household in America?’

Centers for Disease Control director Dr. Robert Redfield, also pressed by Sanders on the idea, responded that ‘universal masks’ are ‘fundamentally the most important thing we can do’ amid the ongoing spread of the coronavirus pandemic.

Admiral Brett Giroir of the U.S. Public Health Service Commissioned Corps, the assistant secretary of health, agreed. ‘Yes sir I agree that that is very important because we need to support mask wearing,’ he told Sanders.

Sen. Rand Paul, a Kentucky Republican who tested positive for the coronavirus earlier this year and attended a luncheon with colleagues while awaiting results, swiped at Fauci for not unequivocally calling to reopen schools.

‘I don’t hear much certitude at all. I hear “maybe, it depends,”‘ Paul said.

Fauci that responded that it was a priority. In earlier comments, he said: ‘If you are in an area where you have a certain amount of infection dynamics, there are things that can creatively be done about modifying things like the school schedule., alternate days, morning versus evening, allowing them in certain circumstances online virtual lessons.’

Said Fauci: ‘Those are the kind of things that we need to consider but also importantly always make the goal that it is very important to get the children back to school for the unintended negative consequences that occur when we keep them out of school.’