Emergency search and rescue teams have found an oil spill near where the Indonesian vessel KRI Nanggala-402 disappeared during torpedo drills north of Bali. But former nuclear sub commander Ryan Ramsey said the missing crew may never be found as the waters where they vanished is almost a mile deep.

He told the Sun: “If something has happened it is very unlikely that the Nanggala-402 will be found.

“The fact that she hasn’t touched base during a routine communications window also suggests that she has been lost.”

“Bali is a volcanic island surrounded by very deep water – up to 1,590m – which would hamper the chances of finding survivors.

“If they had a problem during an exercise they would surface.

“So either they’ve not been able to surface the submarine or something very dramatic has happened instantaneously.” 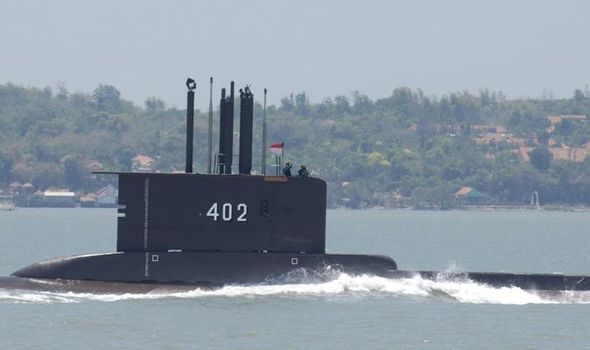 Indonesia’s Defence Ministry said an aerial search had locates an oil spill near the 44-year-old submarine’s dive location and two navy vessels with sonar capability have been deployed to assist in the search.

A ministry statement said requests for assistance had been sent and Australia, Singapore and India had responded.

Military chief Hadi Tjahjanto said: “We are still searching in the waters of Bali, 60 miles from Bali, for 53 people

“Contact with the vessel was lost at 4.30am local time.” 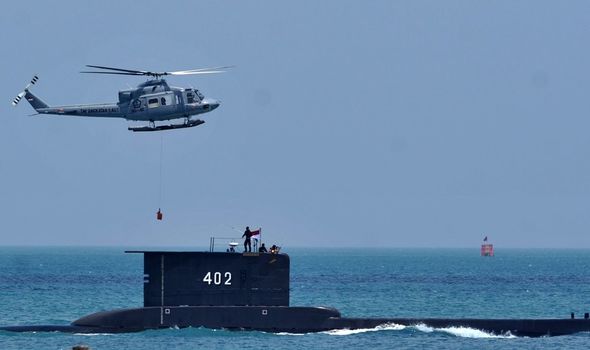 An Indonesian Navy spokesman said: “It is possible that during static diving, a blackout occurred so control was lost and emergency procedures cannot be carried out and the ship falls to a depth of 600-700 metres.”

He said the oil spill found on the surface could also mean there was damage to its fuel tank or could also be a signal from the crew.

Military analyst Soleman Ponto said it was too early to determine the fate of the submarine.

He said: “We don’t know yet whether the communication equipments were broken or the submarine has sunken. We have to wait for at least three days.”

It underwent a two-year refit in South Korea that was completed in 2012.

Indonesia in the past operated a fleet of 12 submarines bought from the Soviet Union to patrol the waters of its sprawling archipelago.

But now it has a fleet of only five including two German-built Type 209 submarines and three newer South Korean vessels. 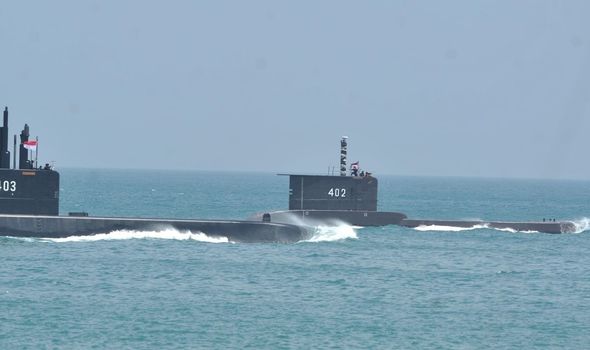 Indonesia has been seeking to modernise its defence capabilities but some of its equipment is old and there have been deadly accidents in recent years.

In 2016, an Indonesian air force transport plane crashed into a mountain, killing all 13 people board, during a training exercise in the remote region of Papua.

In 2015, an Indonesian military transport plane crashed into a northern residential area two minutes after take-off, killing more than 100 people.