Female prison officer, 33, had relationship with robber at open jail and helped him escape before he went on run for six months, court hears 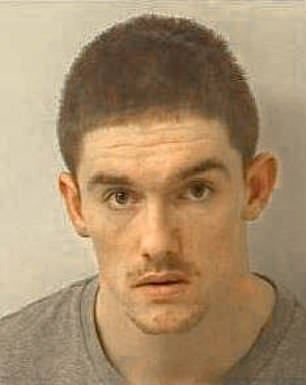 Erica Whittingham, 33, is accused of helping Michael Seddon (pictured) escape from HMP Sudbury and assisting him while on the run

A female prison officer has been charged with helping an inmate escape from a Derbyshire jail and having a relationship with him.

The prosecution claim she formed a relationship with convicted robber Michael Seddon while she was working at HMP Sudbury where he was serving his sentence.

They then claim the 33-year-old helped him escape and assisted him while he was on the run for almost six months.

Adjourning the case to trial, Recorder Adrian Reynolds told her: ‘What I would like to say to you and this is very much customised to this case is that I appreciate what a difficult position you are in.’

The first is helping Seddon to escape from HMP Sudbury on October 1, 2019 and harbouring him until March 18, 2020 in Lincolnshire, Greater Manchester, Merseyside and Oxford.

And the second is wilful misconduct in a judicial position in that as a prison officer at HMP Sudbury she had a relationship with Seddon between January 8, 2017 and October 3, 2019. 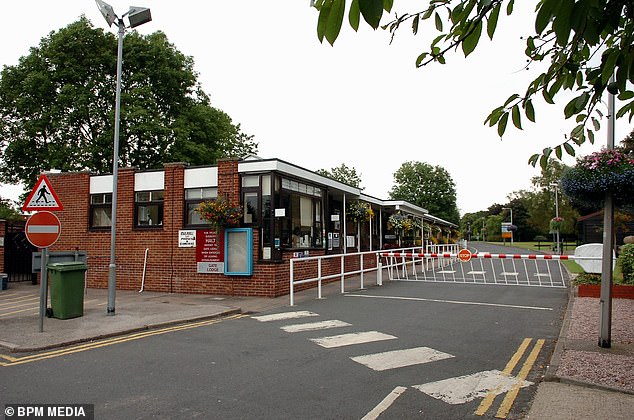 The defendant pleaded not guilty when she appeared in person at Derby Crown Court.

Recorder Reynolds asked her barrister, Mark Sharman, what her defence to the charges is.

He replied: ‘Both ANPR (automatic number plate recognition) and phone evidence is disputed.’

Recorder Reynold asked: ‘She is denying she had anything to do with him escaping?’

Mr Sharman replied: ‘The simple answer is I don’t know.’

In it they said the then 30-year-old was last seen at the open prison at 9pm that evening and that he was convicted of robbery at Bournemouth Crown Court in November 2011.

That hearing heard how he was one of four men found guilty of the robbery of a 78-year-old man at his home in Dorset.

The victim, a farmer, was tied up, beaten and threatened during a two-hour ordeal and Seddon, then 22 and of Bootle, Merseyside, was handed an indeterminate prison sentence for public protection.