The head of a First World War charity has been sacked over racist and sexist WhatsApp messages sent over two years ago, including vile abuse aimed at England footballer Marcus Rashford, Bukayo Saka and Jadon Sancho.

Jonathan D’Hooghe, chairman of the Western Front Association in Lincoln, created the messaging group in 2020 which included 11 others, almost all of whom were members of the charity.

One member of the WhatsApp group, Martin Gibson, reported 54 messages he considered to be racist, sexist or pornographic between April 2020  and July 2021.

One message sent by Mr D’Hooge after the European Championships final in 2021, in which Rashford, Saka and Sancho missed penalties for England, was a mockup of an Enid Blyton book with three golliwogs on the front. 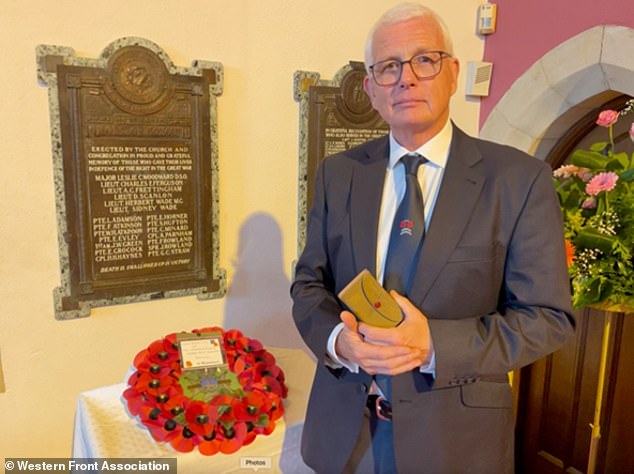 Jonathan D’Hooghe, chairman of the Western Front Association in Lincoln, created the messaging group in 2020 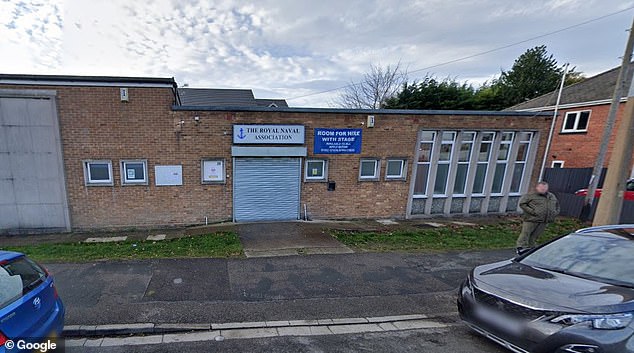 Mr D’Hooge was kicked out of the Western Front Association in Lincoln, based at the Royal Naval Association in the city (pictured), in October this year

An internal complaints panel heard that a member of the Western Front Association complained about messages sent by the chairman, who was not removed from the charity until October.

A source said: ‘Mr D’Hooghe established this WhatsApp group and was therefore its moderator. Not only did he post unacceptable material, he allowed others to do the same.

‘The depiction of nude women, including one video that compared a group of large-breasted naked women with cows needing to be milked, with the sound of cows mooing, are unacceptable in today’s society’, The Times reported.

After Mr Gibson reported Mr D’Hooge to the charity’s executive committee, the chairman sent an email to the WhatsApp group members in which he said Mr Gibson had ‘dobbed me in’.

Mr D’Hooge also described him and another colleague who had complained, Garry Trown, as ‘a pair of first-rate cowardly snitches’.

He also said that he had resigned from the WFA committee ‘not because of the group or anything in it but because… I cannot serve on any committee ever again with Garry Trown.’

When he offerred to resign as branch chairman, his local committee offered him its unanimous support and instead removed Mr Gibson and Mr Trown from the mailing list.

Mr Gibson then submitted a formal complaint, leading to the internal complaints panel.

In a defence statement to the panel, Mr D’Hooge said the messages he shared to the WhatsApp group ‘provided humour and mental wellbeing’ in the ‘dark days of lockdown’, and were ‘squaddie banter… not to be taken seriously.’

The panel concluded that although it ‘unanimously took the view that there was racist … and sexual content’, the messaging group was not officially part of the WFA and so did not fall within its remit.

It added that the removal of the branch chairman ‘should only be exercised by the democratic decision of the branch in question’.

However, the report said that Mr D’Hooge’s membership could be revoked by the charity’s executive committee – an action eventually taken in October.

Mr D’Hooghe told The Times: ‘I have previously apologised for what on reflection could be deemed as an insensitive post, but I have never knowingly ever committed an act of racism and lots of lessons have been learnt.

‘It was never the intention to offend anyone.’

The Western Front Association said it ‘takes matters of sexism and racism seriously’.

In a statement it said: ‘At the time it was unclear to the executive committee as to whether it had any authority to act because this WhatsApp group was set up without the knowledge of the WFA and had no connection whatsoever to the charity, other than the fact the organisers included ‘WFA’ in its title.’