FIVE Brit football fans have been arrested in Madrid as footage emerged appearing to show Spurs fans being "battered" by cops ahead of all-English Champions League Final.

The five Brits, in Spain for the Champions League final, were detained on various assault charges, local media reported. 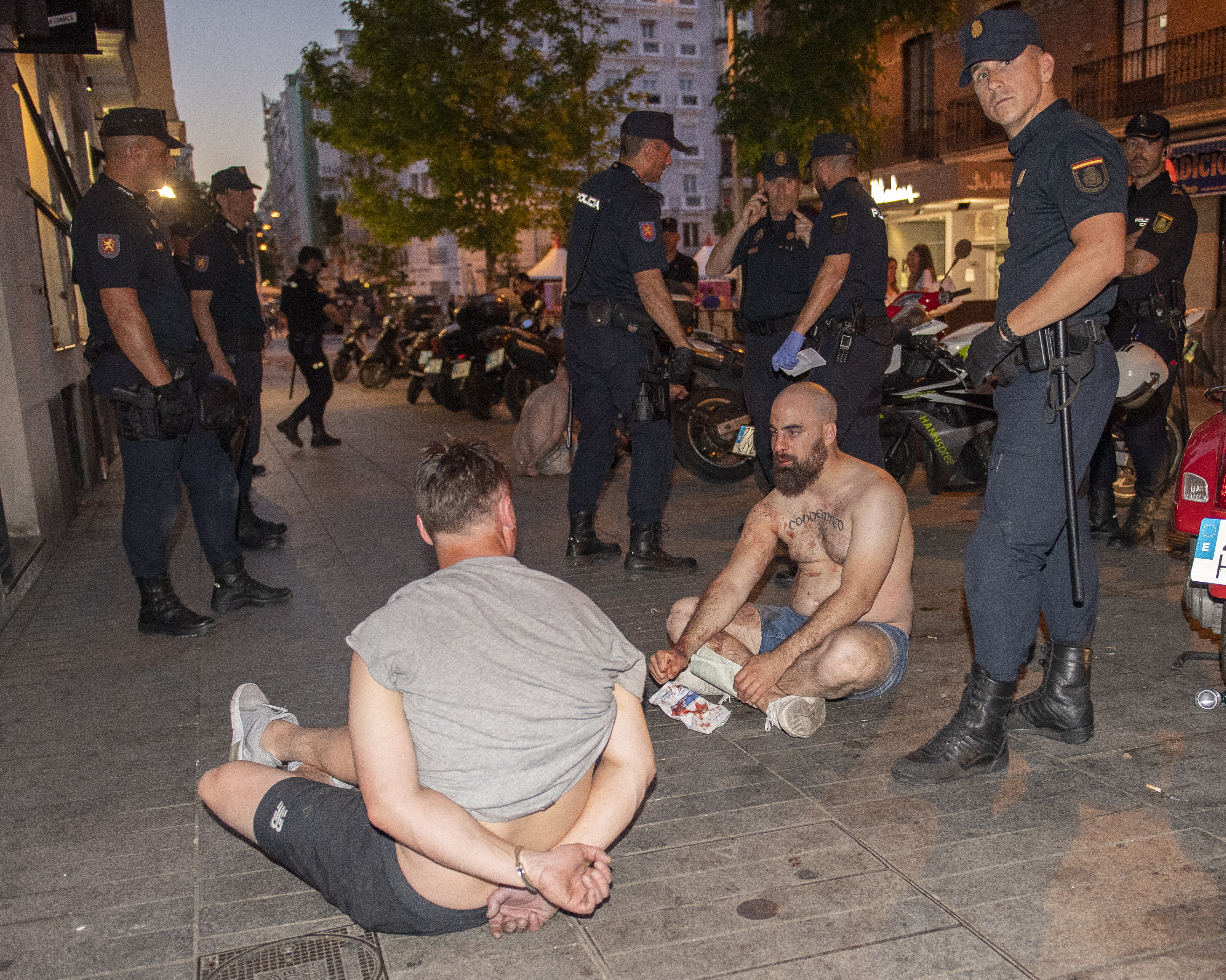 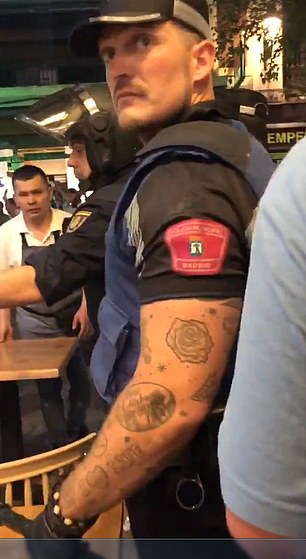 It comes after cops with batons were filmed storming a city-centre bar in the Spanish capital as trouble flared on Friday night ahead of Tottenham’s crunch clash with Liverpool.

One English fan was holding an eight-year-old boy on his shoulders as police reportedly "came steaming in" to the venue.

A cop is seen hitting one supporter on the back of the legs with his baton outside the bar during the flare-up near Puerta del Sol.

Video of the incident posted on the COYS News Twitter page was described as “disgusting and unacceptable”.

“Police in Madrid have just come into a bar and just battered about 50 Spurs fans for no reason. Many injured," COYS News tweeted.

Daily Telegraph correspondent Tom Morgan spoke to fans who were at the venue when cops entered.

He tweeted: "Officers with batons swept in to confront and clear out Tottenham supporters, who accused officers of heavy-handed tactics."

One supporter told Mr Morgan: "We were having a laugh and having a joke – it was all Tottenham and just fun.

"Then suddenly two of them (police) come at us and suddenly it was bang, bang, they all came steaming in.

"Smashing tables with their batons. They are bang out of order.""

I had an eight year old boy on my shoulders. It was his first away day and we were all having a nice time

Another Spurs fan told him: "I had an eight-year-old boy on my shoulders.

"It was his first away day and we were all having a nice time."

Some police were wearing helmets as they cleared supporters from the bar.

Harry Wade, a fan who says he was also in the restaurant, accused cops of "awful scenes".

He tweeted: "Restaurant full of Spurs, riot police come flying in & start hitting us & tables, we were causing no trouble at all."

Police were responding to claims Spurs fans were being aggressive to Liverpool fans.

The Liverpool Echo reported Reds' fans were stuck a police blockade about 650 metres away until midnight.

Thousands of English fans from both teams have descended on Madrid for the Champion League showdown. 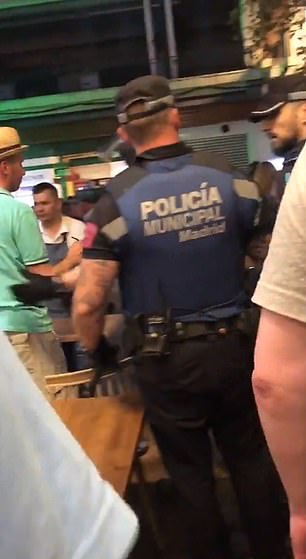 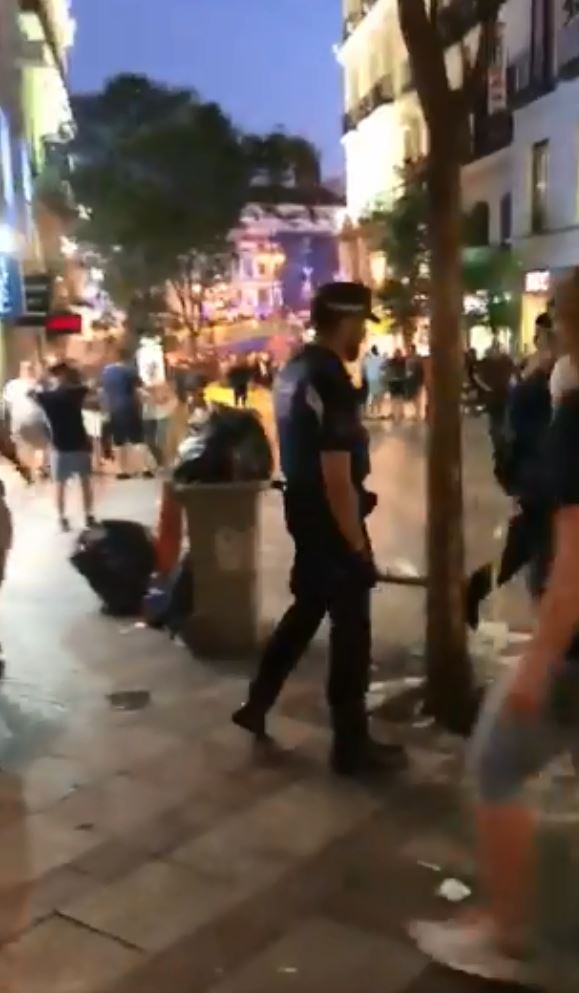 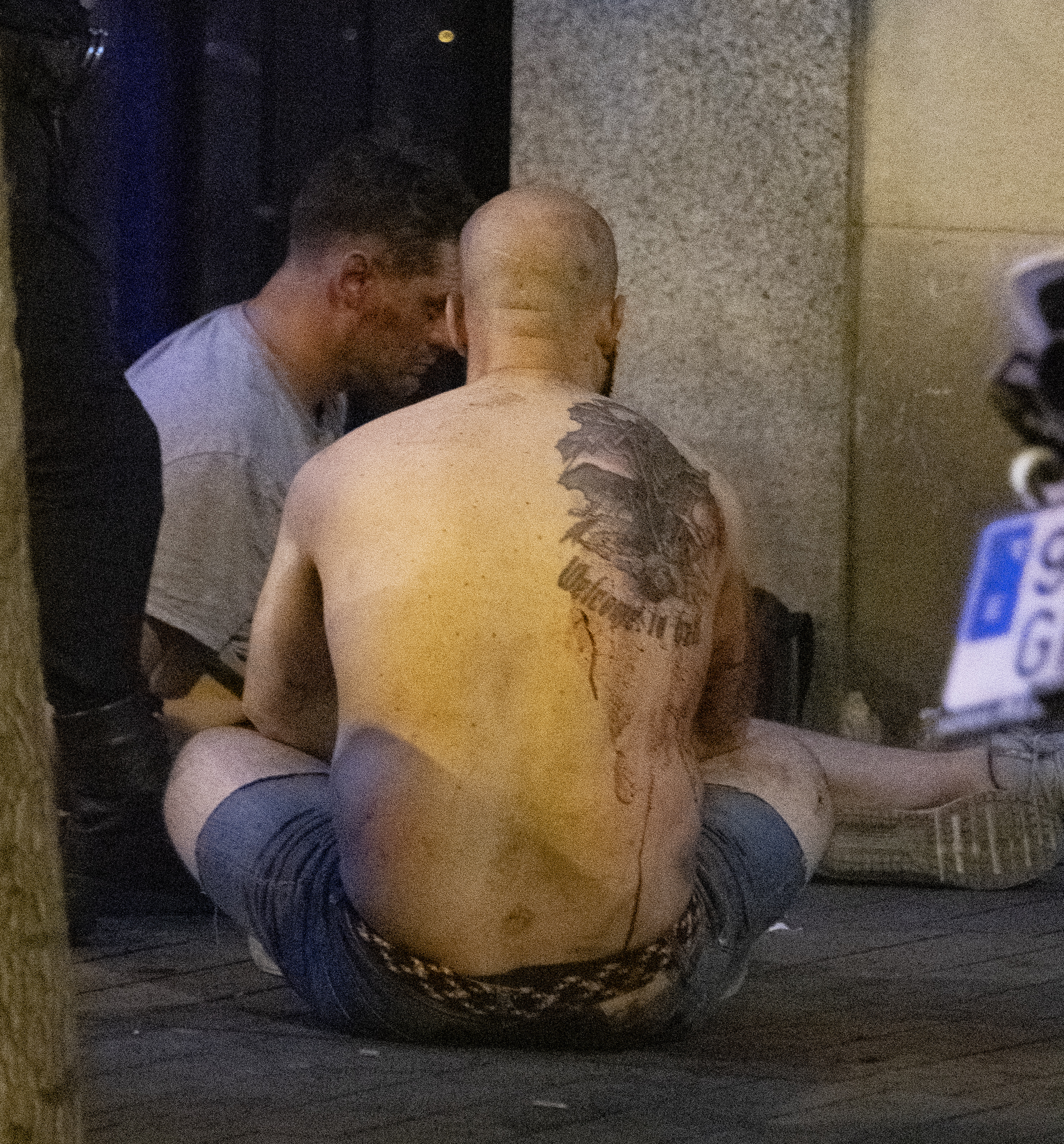 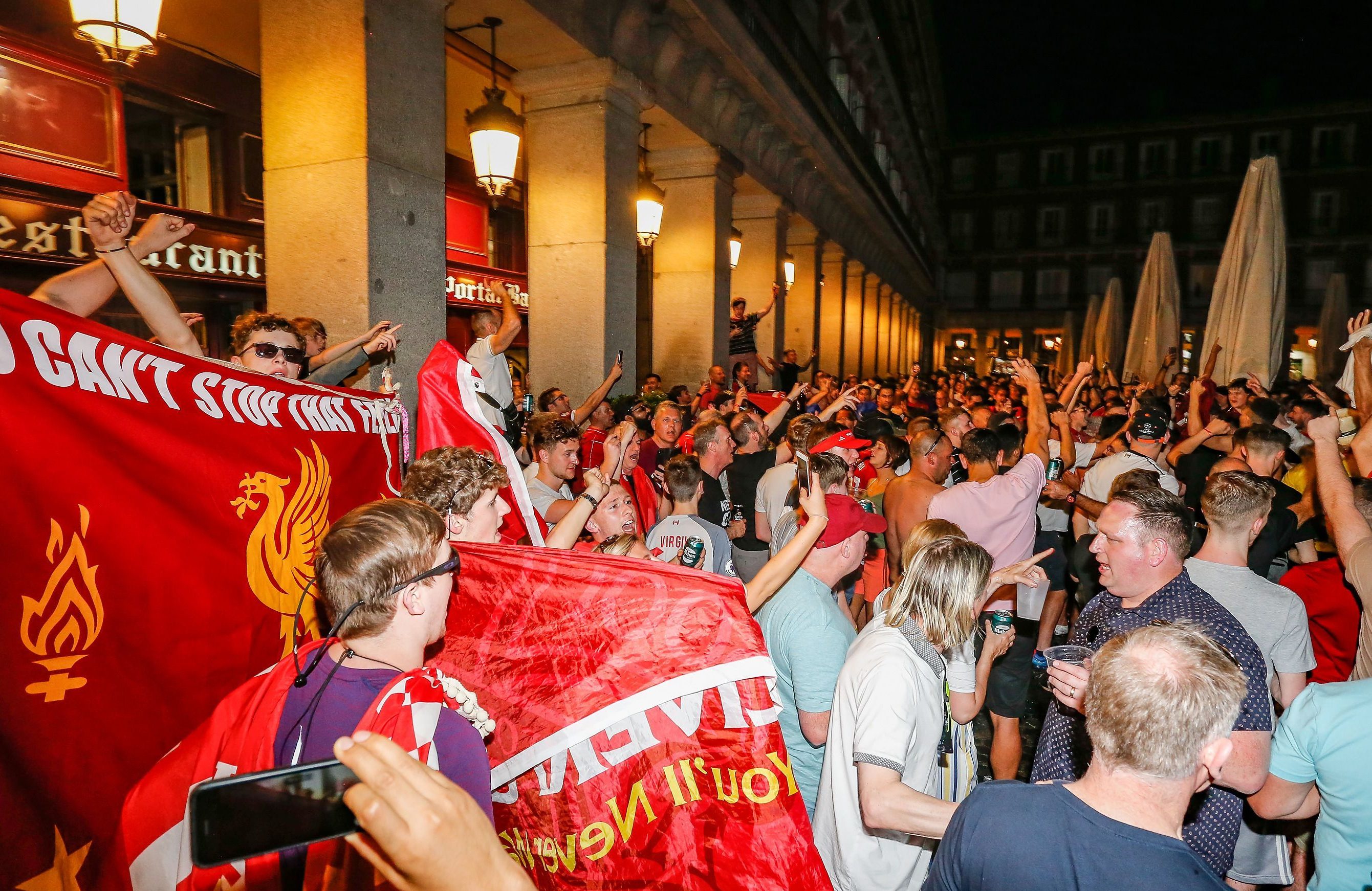