Girl, five, is left paralysed from the waist down after her male relative crushed her spine as he raped her in Sierra Leone

At first no one knew why the five-year-old girl could no longer move her legs or control her urine. For months she lay on the ground, unable to walk or play.

Some in the community blamed witchcraft but the real reason was more horrific: The child had been brutally raped and left paralyzed as a result of her injuries.

The case has brought the issue of sexual violence against children to the forefront in Sierra Leone, where such crimes are often dealt with between families in private. In February, President Julius Maada Bio declared sexual violence a national emergency and he has vowed to help the five-year-old get medical treatment abroad.

But months later the girl’s case has shown just how difficult combating sexual violence can be: Her father objected to the rape being tried in court, requiring police to issue a restraining order so she could continue receiving medical treatment. No court date has been set, not even a prosecutor chosen. 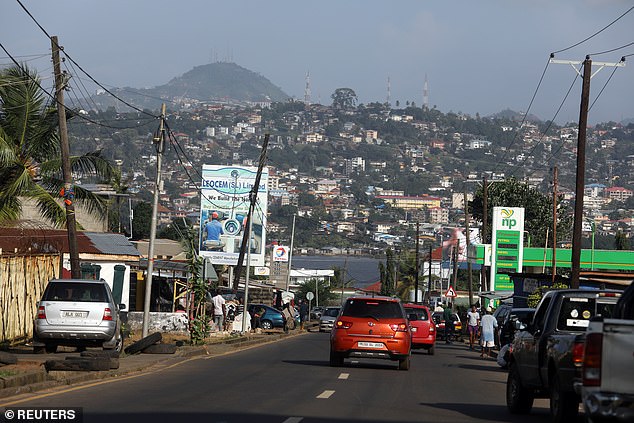 Five-year-old girl from Sierra Leone was paralysed after being raped by a relative, but the case doesn’t even yet have a court date months later (stock)

Little has changed, too, for the child whose life was so cruelly affected.

The child’s lawyer Fatmata Sorie said the man who committed the crime – believed to be a 28-year-old male relative – still walks free.

‘She doesn’t understand about bail or no bail. But she’s concerned that he’s walking, he’s mobile and she’s not,’ she said.

Fatima Maada Bio, the wife of Sierra Leone’s president, has been vocal in promoting the rights of girls and initially heard about the child’s case. She and her husband later traveled to the Aberdeen Women’s Center where the five-year-old has been receiving medical care free of charge.

The president’s proclamation in February has not been without controversy despite the widespread support for sexual violence victims: Opposition party legislators objected to the president’s unilateral declaration. The parliament must still approve the measure, though Sierra Leone’s attorney general has ordered judges to start applying it already.

The declaration calls for a special police division to handle sexual assault cases involving minors. Most significantly, it calls for life imprisonment for those convicted of raping children. 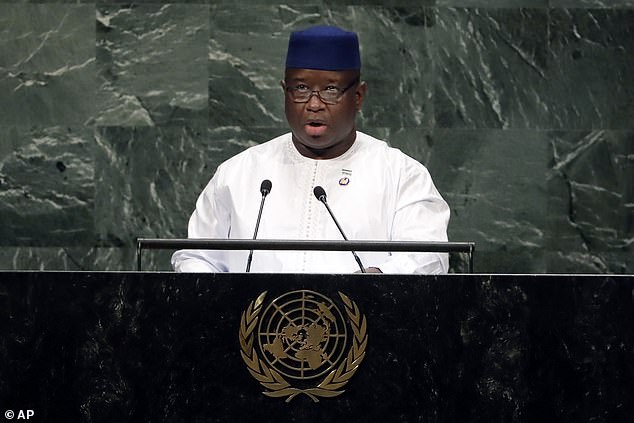 The law in the West African nation had carried a maximum penalty of 15 years, with no minimum sentencing requirement. Advocates say one man convicted of raping a 13-year-old served only 24 hours last year.

The man accused in the five-year-old’s case – who is her uncle – remains jailed without bail while his case is before the country’s high court. A defense lawyer has yet to be assigned.

Health workers at the Aberdeen Women’s Center have determined she was in fact only 4 when the rape took place. Those who have cared for her especially want to see the law fully implemented as a deterrent.

‘It’s OK for us to declare such an emergency and to say that we’re going to give life imprisonment. But until it happens to one person, two people – that’s when we start to see the law taking effect,’ said Ivy Kalama with the Freedom from Fistula Foundation, which runs the clinic. 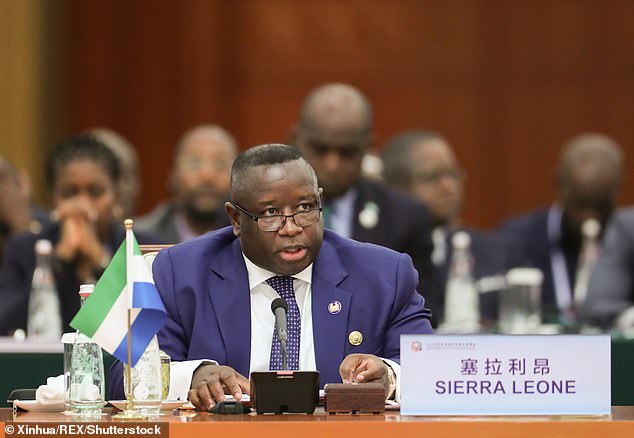 President Bio’s wife Fatima has been vocal in promoting the rights of girls and initially heard about the child’s case.

The government also must secure the funding to set up a 24-hour call center and train those who would work in the special division for child victims. And it is unclear whether how accessible these new services will be in Sierra Leone’s rural areas.

Sorie, the lawyer, praises the government for its new focus on sexual violence.

‘We’re only concerned, however, that … we’re still waiting for some of these things to happen,’ she said.

A year after the assault, the five-year-old is still unable to walk, and has had to use a hand-crank wheelchair to move around the health center’s grounds. She has been undergoing treatment for bed sores that developed on her back while she was immobile at home for months.

One of her leg bones has broken – health workers believe it is a complication of her paralysis – and now she lies in a hospital bed with her leg in traction.

A tiny foot with specks of pink nail polish peeks out of her cast, which is tethered to the metal bed frame. Nurses coax her to eat so that she can recover more quickly but she wants corn flakes, not rice for breakfast.

She has been out of school for a year and is getting restless.

‘Even yesterday she was saying she wants to go to school and is going to need a motorbike,’ her mother said in the local Krio language as she bounced her infant son on her lap. ‘When her grandmother was here sometimes she would ask her grandma: “When can I walk again?”‘