Angry residents have blasted shameless fly-tippers after huge piles of rubbish were dumped near the site of a brand new £900 million super-hospital.

Homeowners say the festering mountains of waste which stretch along two roads for about 70ft have left their area looking like a ‘third world slum’.

Piles of household and garden waste, including furniture, mattresses, fence panels, children’s toys and black bags, can be seen stacked up at the roadside.

The rubbish was left in the shadow of the state-of-the-art Midland Metropolitan Hospital, which is currently being constructed and is due to open in 2022. 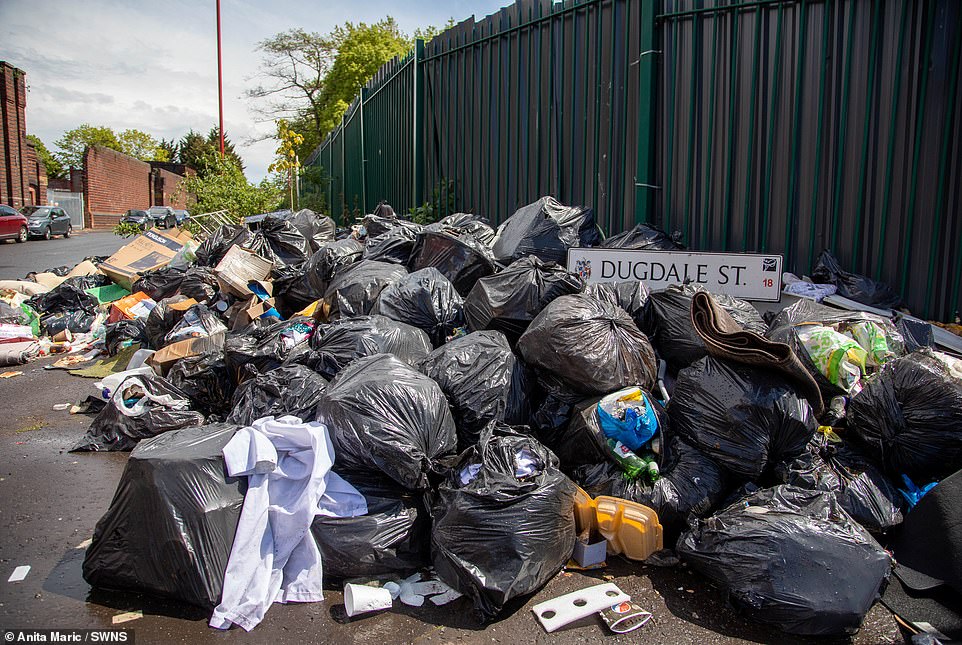 Piles of rodent-infested rubbish has been left for more than a month Smethwick, West Midlands, which has left residents furious

Residents are now calling on tougher action and for more CCTV to be installed in the area after claiming the fly-tipped filth has gone uncollected for more than a month.

Father-of-one Daniel Ward, 33, said: ‘They can find almost a billion pounds to build a swanky new hospital but they can’t find the resources to keep our area clean.

‘The hospital is probably going to be in a perfect position because God knows what you will catch walking along those streets.

‘The area is repeatedly being used as a gigantic skip and nothing seems to be done because it’s been sitting there for over a month.

‘There’s rats and all sorts, there must be over a hundred bin liners there – I can’t believe people can be so selfish, it makes my blood boil. 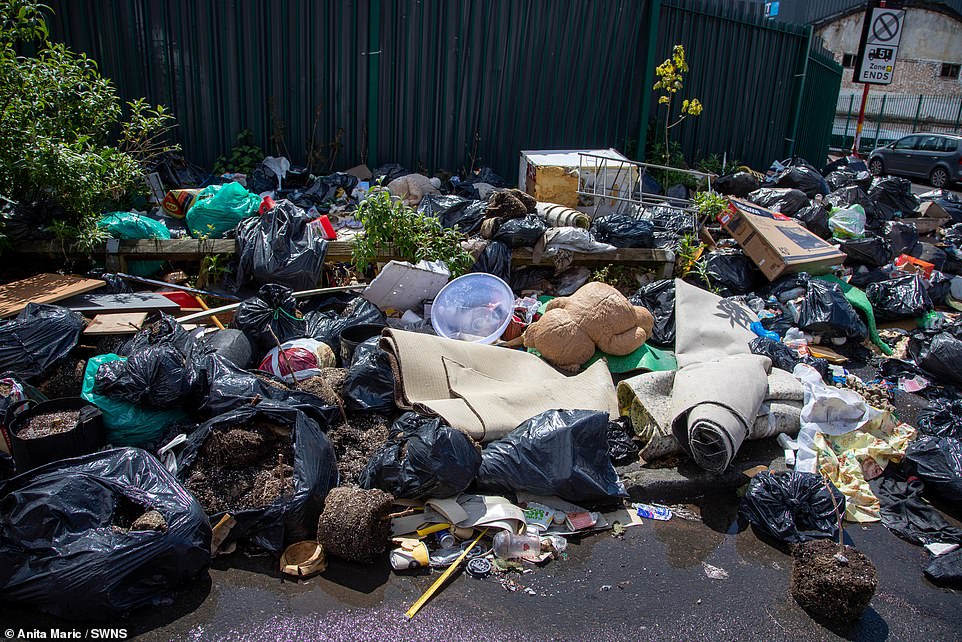 Home owners and families living in the area are appalled at the mess, as the council appeals for people to get in touch with information to help them catch the culprits

‘It can’t have just been one person because there’s so much of it there, which makes it even worse. It’s just becoming the norm to use our streets as a tip.’

Another father-of-three Mo Singh, 44, who lives on a nearby road added: ‘It’s frankly disgusting and it makes the area look like a third world slum.

‘They are trying to smarten up the area for the Commonwealth Games aquatic centre and building a brand new hospital yet the council do nothing to clean this mess up.

‘And it’s quite ironic that such a public health issue is sitting yards away from a brand new state-of-the art hospital. You couldn’t make it up really.

‘It doesn’t bode well for putting Birmingham and West Midlands on the map when people are getting away with dumping trash like this. 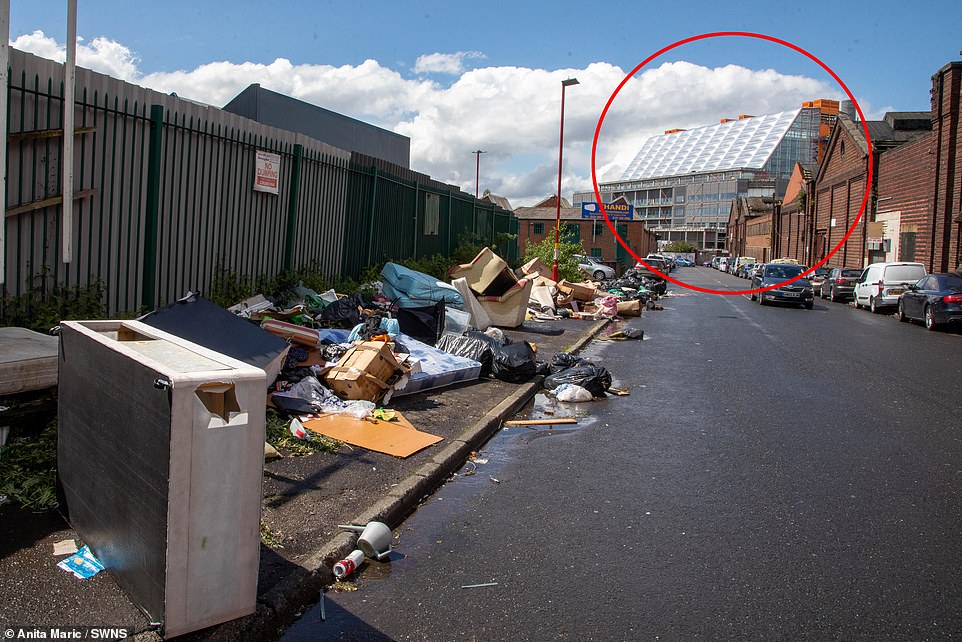 ‘They need to install more cameras and have tougher penalties for fly tipping as they need to deter this from happening. It’s just not on.’

A Birmingham City Council spokesperson said: ‘There’s never an excuse for littering or fly-tipping our streets – regardless of if it is private or council-owned land.

‘It shows no respect to our city or the people who live and work here.

‘We all have a personal responsibility to safely dispose of our own waste.

‘We have enforcement staff that can and do issue fixed penalty notices, with court action pursued where this is appropriate.

‘As well as harming our shared environment, dealing with waste related issues like this places a strain on our resources and ultimately costs the people of Birmingham money, which could be better spent on other essential services.

‘But in order to prosecute, we need evidence and eyewitness accounts – so would urge anyone with any information on any case to get in touch with us as soon as possible after.’

The spokesperson urged witnesses to get in touch via their website.