Granville in northern France is one of the closest French fishing towns to the Channel Islands.

When boats return from a day’s work, the port would usually be filled with crab, lobster, scallops and fish, much of it caught in the deep waters aground Jersey. 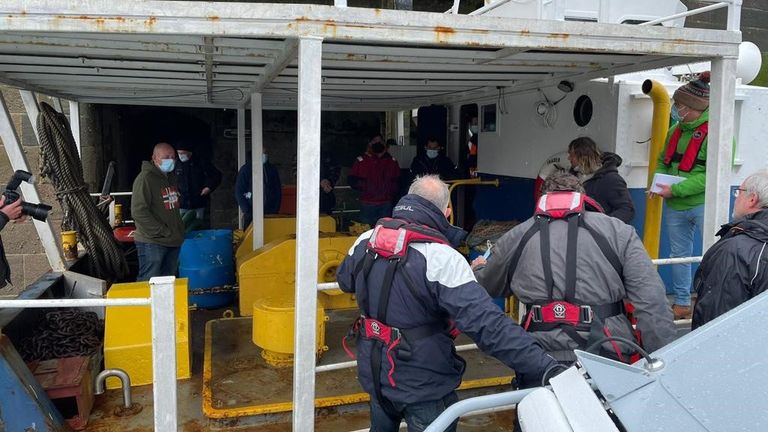 Many chose to forgo the day’s catch to protest. They hoped and believed the show of strength would result in a speedy resolution, instead they went home dejected.

There’s a pride in this town at the fact they’re taking a stand.

Most simply can’t afford not to.

The new licence regulations could cut the number of days some boats are allowed to finish in Jersey’s waters by up to three-quarters. It would put them immediately out of business.

“Seventy percent of the fleet – it would die,” explained Matthieu Vimard, co-director of the Normandy Fishers Association.

“If the Jersey government doesn’t change this position, it would kill part of the French fleet”.

He spoke about the deep sense of anger, betrayal and confusion felt here.

It’s not just livelihoods at stake but a culture and history too: French vessels have fished off the coast of the Channel Islands for centuries and the relationship has always been cordial.

Many feared what the post-Brexit deal would mean for their livelihoods. Few were expecting the threat to come so late in the process.

And the impact will be felt across the community. 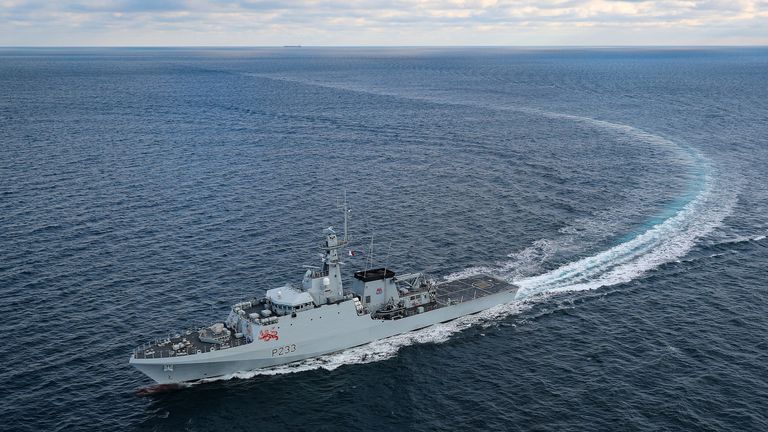 Alex Boivin runs a fishmonger opposite the port, where most of his catch is local and his bestsellers are from Jersey waters: huge brown crabs and lobsters.

If we’re not allowed to catch and sell this produce, he says, we just wont go over to the island and spend our money there.

Fishing is politically symbolic in both Britain and France, despite making up a comparatively tiny proportion of each economy. It was one of the last issues to be resolved in the Brexit trade deal negotiations.

It is deeply emotive on both sides of the Channel, so it’s hardly a surprise that both sides are digging in.