Unions have vowed to ‘bring London to a halt’ after pay talks for tube drivers collapse, bringing fresh misery for commuters across the capital.

London Underground had been in talks with the leaders of the Rail, Maritime and Transport union (RMT) in order to reach a new pay deal for employees across the network.

Workers have now been offered two-year pay deal worth RPI (Retail Price Index) inflation plus 0.1% followed by RPI plus 0.2%.

However the union has slammed the proposal and is now moving to a strike ballot after complaining the network had not improved its offer. 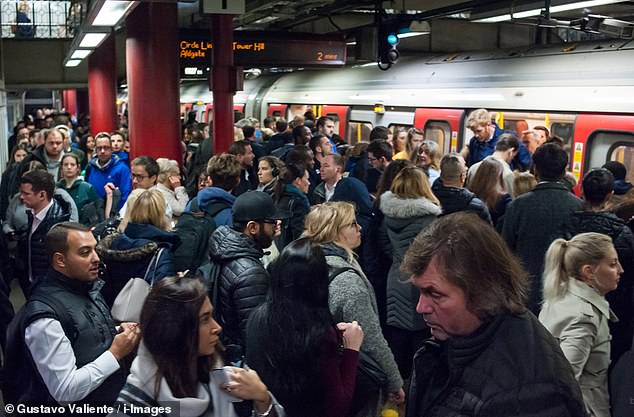 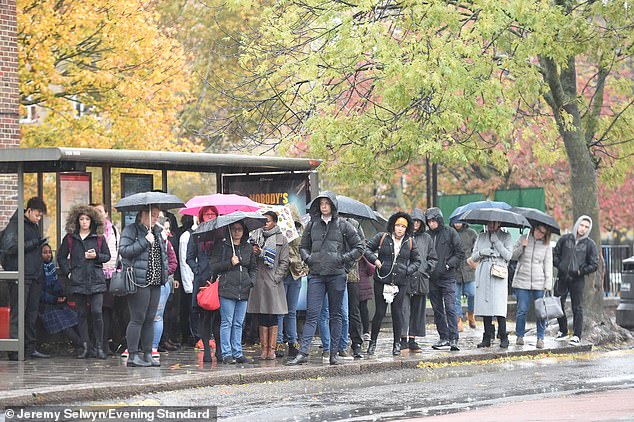 Tube strikes in November caused havoc for commuters, many of which had to find alternative routes to their usual commute

General secretary Mick Cash said the failure of Tube bosses to come up with proposals that met the union’s calls for serious improvements in both pay and working conditions had been the catalsyst for the collapse of today’s talk.

‘That failure by the management side means we have no option but to accelerate the balloting process and escalate the dispute.

‘It is these facts which are driving us to all out confrontation and which will bring London to a halt.’

However, it could take weeks for a strike to come to fruition, with a ballot having to take place and be counted, with a date then also needing to be set for strike action.

The last tube strike took place in November causing havoc to commuters. A further strike had been planned in the run up to Christmas 2018.

Plans were also suspended for a strike that was due to hit thousands on their way to Wembley for FA Cup final.

He added that RMT is angry and frustrated that the company have opted to ignore the massive contribution tube staff make to London.

‘RMT remains available for further talks but no-one should underestimate our determination to secure a pay and conditions deal that reflects the huge contribution of all London Underground staff’, he added.

The union announced earlier it was preparing to ballot its members on the Tube to combat plans to privatise parts of the waste collection service.

It warned that jobs are under threat from ‘creeping cuts’ under Transport for London’s (TfL) so-called transformation programme.

The RMT said it has been told that the programme will lead to job cuts, as well as privatising bin collection and transportation on parts of the Tube network.

A TfL spokesman said: ‘Although no final decision has been made, we have been reviewing our waste collection services and have identified the potential to make them more efficient and cost-effective in the places where collection rates are low.

‘The higher intensity collections within zones 1 and 2 will remain with our in-house team. These proposals will result in no compulsory job losses for any of our existing staff and we will continue to discuss the plans with our unions.’

A Transport for London spokesman said: ‘We have made an offer to our unions that we believe is fair and affordable. We remain available for further discussions and have asked that Acas help to facilitate these talks.

‘We look forward to finding a resolution in order to provide certainty for our hardworking staff.’