Geoff Crowther, whose advice in artisanal Baedekers and later as a pioneering author for the Lonely Planet backpackers’ guidebooks lured intrepid travelers to offbeat destinations, died on April 13 in South East Queensland, Australia. He was 77.

His son, Ashley, said the cause was complications of advanced dementia. Mr. Crowther had spent the last 14 years in a residential care facility.

A free spirit from Yorkshire, England, Mr. Crowther studied biochemistry at Liverpool University. But peering through a microscope in a germ-free laboratory couldn’t compare to what his wanderlust delivered to the naked eye in isolated jungles, deserts, mountaintops and savannas, and in jammed souks and camel markets.

In the mid-1970s he began creating homespun mimeographed recommendations and hand-drawn maps (often embellished by his imagination) for an alternative publisher and underground information service in London. He developed a cult following among shoestring adventurers, who welcomed his street-smart insider tips to navigating a world largely undiscovered by American and European travelers.

Mr. Crowther aggregated the lowdown from his own travels and — decades before companies like Tripadvisor — from reader volunteers. He might suggest how to score an antibiotic in Bangkok or where to bed down for $2 overnight, even if it meant sleeping on a roof.

He never sugarcoated the challenges his expeditions might pose. He did, however, suggest that some of the destinations he recommended were so secluded, and the lodgings so spartan, that they could not be fully appreciated without artificial stimulants, which he acknowledged had enhanced his own journeys.

“The hardest part is making the decision to go,” he wrote in “Africa on the Cheap,” his first book after he joined Lonely Planet in 1977. “The rest is easy and will turn into one of the best buzzes you’ve ever experienced.”

For the most part, returning travelers cheerfully forgave Mr. Crowther for the occasions when his guidebooks inadvertently led them astray because the advice was outdated or secondhand.

After all, Lonely Planet, which was founded by Tony Wheeler with his wife, Maureen, was itself named by mistake. Mr. Wheeler thought he was adopting the name from the lyrics to “Space Captain,” sung by Joe Cocker and written by Matthew Moore — until his wife corrected him. (The actual line is “Once while traveling across the sky, this lovely planet caught my eye.”)

A 1986 article by Nicholas Kristof in The New York Times anointed Mr. Crowther “the patron saint of travelers in the third world,” although Mr. Kristof acknowledged that even saints aren’t perfect. He mentioned a jungle hike in North Borneo that had been included in “Southeast Asia on a Shoestring” at the suggestion of an earlier reader.

“Then, a couple of years later,” Mr. Kristof wrote, “a man came into Mr. Wheeler’s office and said: ‘You know that hike that you said would take a day and a half? It took me six weeks. Halfway through I was cursing your name, but later I realized it was the greatest adventure I’d ever had.’”

Not every traveler read Lonely Planet’s guides for pleasure. After Ethiopian rebels used the guidebook’s maps of Addis Ababa, the nation’s capital, to seize it from the dictator Mengistu Haile Mariam in 1991, Mr. Wheeler marveled, “As far as I know it’s the only time we’ve directly helped to overthrow a government.”

Mr. Crowther’s uncompromising candor was not always welcome. He and his guidebook (“along with ‘Lady Chatterley’s Lover’ and a select list of other highly subversive titles,” Mr. Wheeler wrote) were banned from Malawi after he gently badmouthed the country’s autocratic president, Dr. Hastings Banda, in passing.

Declaring that Mr. Crowther “had an incalculable impact on a unique generation of travelers,” Richard Everist, a former publisher of Lonely Planet, described him as “a true explorer and adventurer who went beyond boundaries and borders” and “defined Lonely Planet’s ethos and style.”

Geoff Crowther was born on March 15, 1944, in Yorkshire, England, to George and Susie (Halstead) Crowther. His parents were both cotton mill workers.

The travel bug bit Geoff early, his son said, probably when “he began hitching around Europe in his teens, despite his father telling him not to.”

After graduating from Calder High School in Halifax, a town in Yorkshire, he enrolled at Liverpool University — where, as it turned out, majoring in biochemistry would not be a complete waste. The chemistry came in handy, since his life of peripatetic globetrotting was fueled by drink and drugs. The biology helped when he contracted malaria, hepatitis, dengue fever and a buffet of other diseases on his travels. 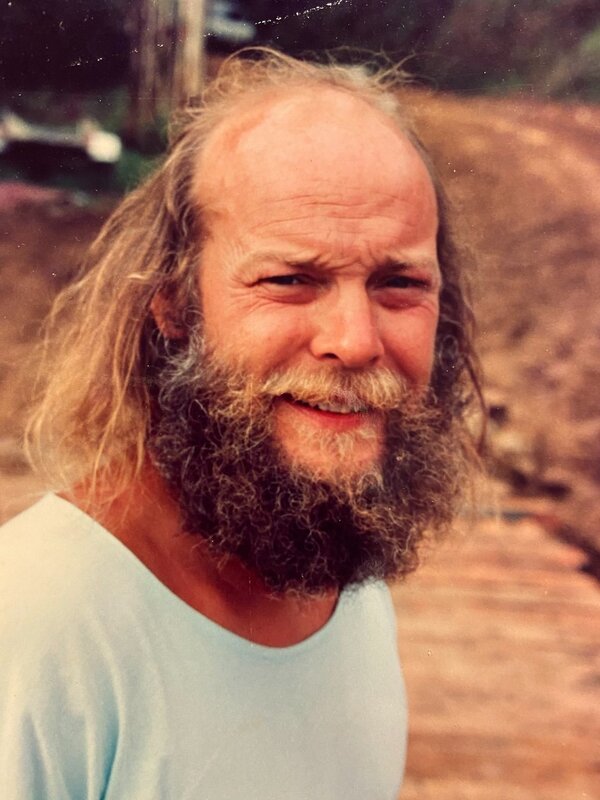 For much of the 1970s Mr. Crowther was based in the Notting Hill area of London, where he churned out guides to Africa, Asia and South America on a shoestring for a small underground information and help service. They were free, but visitors to what was sort of a one-stop office for spaced-out foreign wayfarers without cash or credit cards were asked to make a donation. Funders were said to have included Paul McCartney and the Who’s Pete Townshend.

When Mr. Wheeler recruited Mr. Crowther, he recalled in “Unlikely Destinations: The Lonely Planet Story,” a book he wrote with his wife that was published in the United States in 2007, “I suggested Geoff could start making a living out of what he had been doing for free.”

Mr. Crowther received an advance of only $1,000 for the first book he wrote for the Wheelers, but he reaped a fortune from his 2.5 percent royalty rate. His earnings enabled him to custom-build a spectacular home in Sumatra to supplement the shed he had been occupying on a former banana plantation that had been transformed into a commune in a New South Wales rain forest.

Since 1973, Lonely Planet has sold well over 120 million guidebooks. Mr. Crowther was the author of many of the first editions.

Mr. Everist, the former publisher, described Mr. Crowther as “a charming rogue, with a fearsome appetite for life that sometimes challenged those caught up in his wake.”

Among them was his son, a documentary photographer. He and his mother, Hyung Poon, whom Geoff Crowther married in Korea in 1982, are Mr. Crowther’s only immediate survivors.

“The complacency of normal life made you bored, and instead you went and looked at life directly in the eye,” Ashley Crowther wrote in an online eulogy posted the day his father died. “You touched the world with your personality and your thirst for curiosity.”

He concluded: “Today is the day when you finally reached your destination. I will feel eternally grateful that your silence shattered my anger and replaced it with forgiveness and love. I’ll take those next steps tomorrow for you into the unknown. Travel safe, old man.”