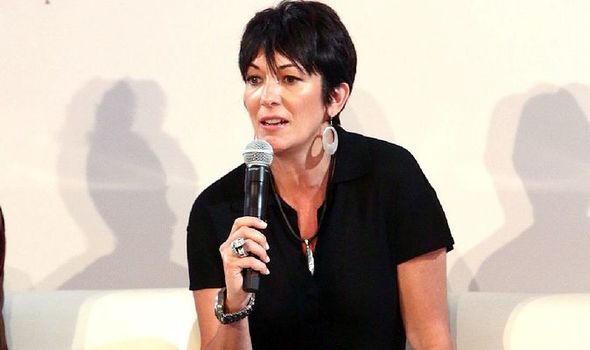 The British socialite was found guilty on five of six counts by a Manhattan jury. Maxwell, 60, could now face spending the rest of her life in prison.

She was accused of helping Epstein, her former boyfriend, sexually abuse four teenage girls between 1994 and 2004.

Epstein killed himself in 2019 in his Manhattan prison cell while awaiting trial on sexual abuse charges.

During the trial, Maxwell’s lawyers argued she was being used as a scapegoat for Epstein, seeking to portray her accusers as not having credible memories of events.

Defence lawyer Bobbi Sternheim said: “Epstein’s death left a gaping hole in the pursuit of justice for many of these women.

In a statement, the office of the US attorney said: “A unanimous jury has found Ghislaine Maxwell guilty of one of the worst crimes imaginable – facilitating and participating in the sexual abuse of children. Crimes that she committed with her long-time partner and co-conspirator, Jeffrey Epstein.

“The road to justice has been far too long. But, today, justice has been done. I want to commend the bravery of the girls – now grown women – who stepped out of the shadows and into the courtroom.

“Their courage and willingness to face their abuser made this case, and today’s result, possible.

“I also want to thank the career prosecutors of the Southern District of New York, who embraced the victims’ quest for justice and have worked tirelessly, day in and day out, to ensure that Maxwell was held accountable for her crimes.

“This office will always stand with victims, will always follow the facts wherever they lead, and will always fight to ensure that no-one, no matter how powerful and well connected, is above the law.”