The Government is considering legal changes to allow agency workers to fill in for striking staff in a move to guard the public against disruption.

It is understood Transport Secretary Grant Shapps has not ruled out the option, with travellers facing chaos on the railways and London Underground due to widespread industrial action.

The move would involve reversing a restriction preventing employers from hiring agency workers to cover for striking staff, and would apply to all sectors, according to The Sunday Telegraph. 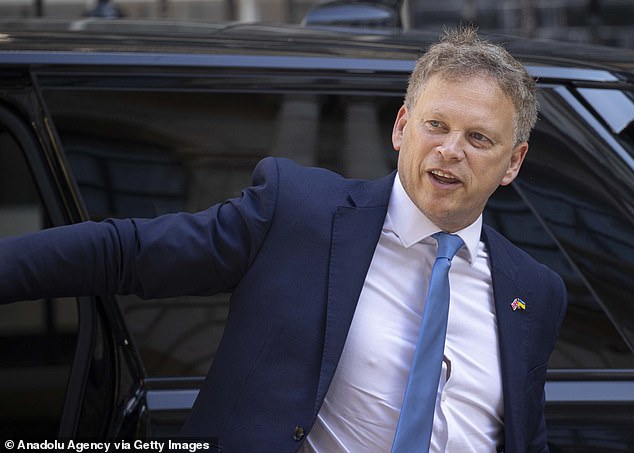 It is understood Transport Secretary Grant Shapps has not ruled out the option, with travellers facing chaos on the railways and London Underground due to widespread industrial action 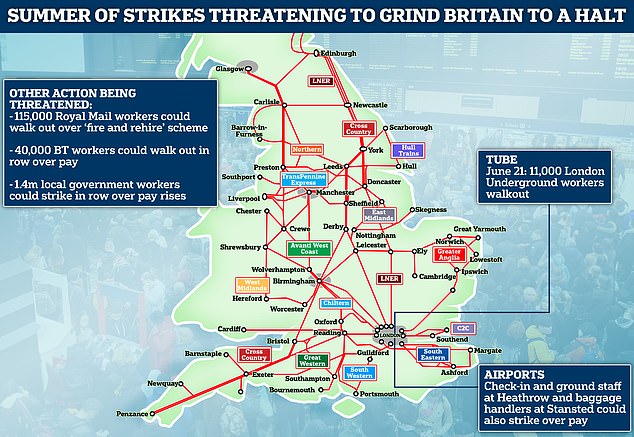 This was promised in the Tory manifesto in 2015, which stated: ‘We will … repeal nonsensical restrictions banning employers from hiring agency staff to provide essential cover during strikes.’

Mr Shapps told the newspaper any legal intervention would not affect ‘this particular set of strikes’ in June, but should the action continue, then ‘further measures certainly would come in during this particular dispute, if it can’t be resolved’.

‘I’ll be saying more about this. But we will be looking at the full suite of modernisation that’s required,’ he said.

‘The country must not continue to be held to ransom. These strikes are incredibly premature and we will use every possible lever to ensure that the public is protected in the future in particular.

‘I can’t over-stress our determination to get the right outcome for the travelling public in the end on this, even if the unions insist on putting the country through considerable pain in the meantime.’

It comes after Mr Shapps told The Sunday Telegraph in May that ministers were looking at drawing up laws which would make industrial action illegal unless a certain number of staff are working.

The interview sparked anger across the trade union movement, with some officials saying it had soured the atmosphere at such a crucial moment for the railways.

In his latest interview with the paper, Mr Shapps claimed workers were being misled in some cases by ‘Marxists’ who are ‘determined to turn this into some sort of fight, as they see it, with a Tory Government’. 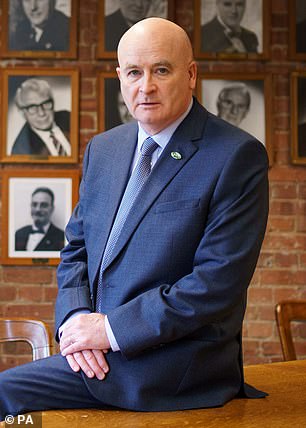 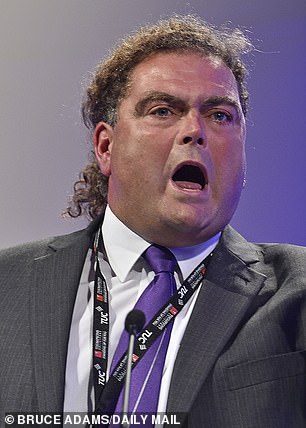 ‘When you look at the people who work on the railways, many of them have done a phenomenal job,’ he said.

‘They are being led by union barons, in some cases, very extreme, Marxists, who are determined to turn this into some sort of fight, as they see it, with a Tory Government.

‘The union barons have essentially told their members, you haven’t had a rise for two years, this strike is about pay. What they haven’t told their members is … the pay freeze has ended. So they’ve been invited to strike under false pretences.’

It comes as train drivers are to strike over pay and more rail workers are to be balloted for industrial action in growing disputes in the industry which threaten huge travel disruption in the coming weeks.

Which train operators will be affected?

Union members from National Rail and 13 different operators have voted to carry out strike action this month.