The latest mountain inferno struck near the town of Valleseco and the village of Tejeda in the central part of the popular holiday destination. Up to 2,000 people have been forced to flee on Saturday evening following the third fire in eight days in the region. The Government has declared a level one emergency. 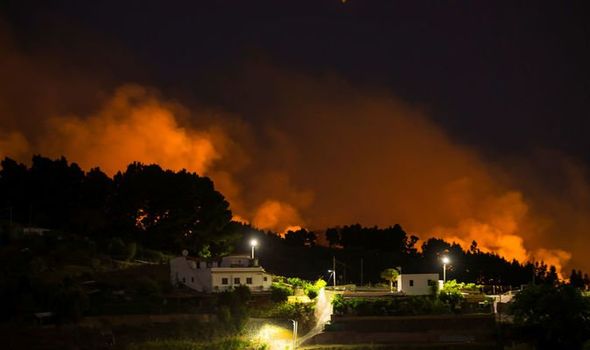 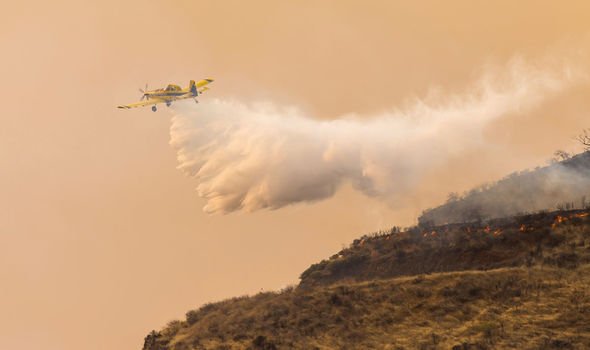 The inferno has been described as very fierce with balls of fire erupting from the heat.

Shocking images show plums of smoke engulf the area as emergency services battle the blaze from the ground and in the skies.

Seven helicopters and a Hydro plane carrying huge buckets of water have been deployed to the forrests, as soaring temperatures threaten to spread the fires. 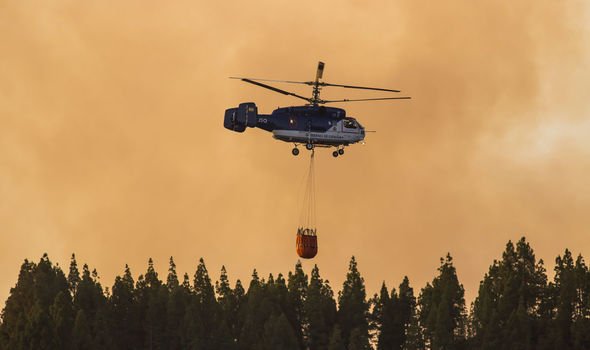 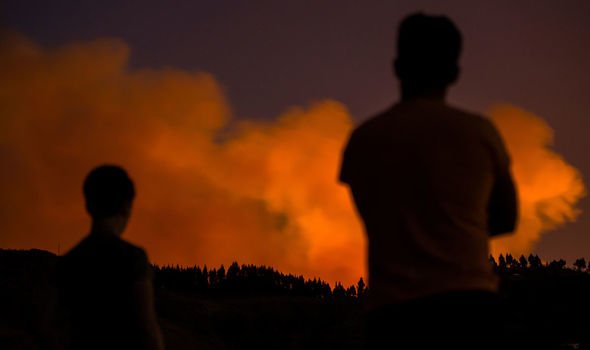 The president of the Cabildo de Gran Canaria,  Antonio Morales has expressed fears the wind will change the direction of the fire.

Five other towns including San Mateo, Gáldar, Moya and Artenara have also been affected.

It is not yet known what has caused the fire. 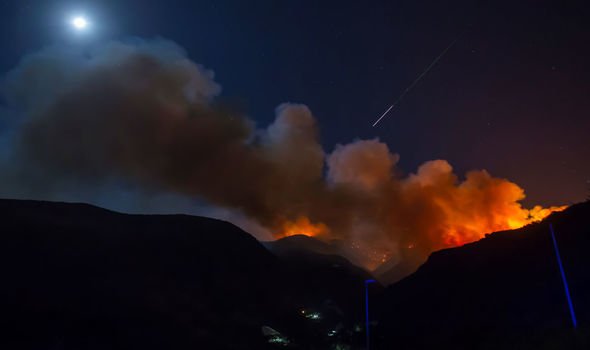 Just eight days ago 1,000 people were forced to flee after another fire broke out on the Island.

More than 200 firefighters were drafted in to tackle the horrific blaze which struck the village of Ingenio located 20 miles from the Capital Las Palmas.

The terrifying fire covered an area of 2,500 acres.

This is a developing news story, more to follow.