A grandmother was trampled by cows after trying to save her six-year-old granddaughter from a charging herd.

Rescuers said the woman had been ‘severely injured’, while the young girl had been released after spending a short time in hospital.

The herd had charged at the pair and two dogs while they had been walking on a footpath in Snowdonia on Sunday at around 1pm.

Both dogs had been on leads, one had been reported missing but was found later in the day. 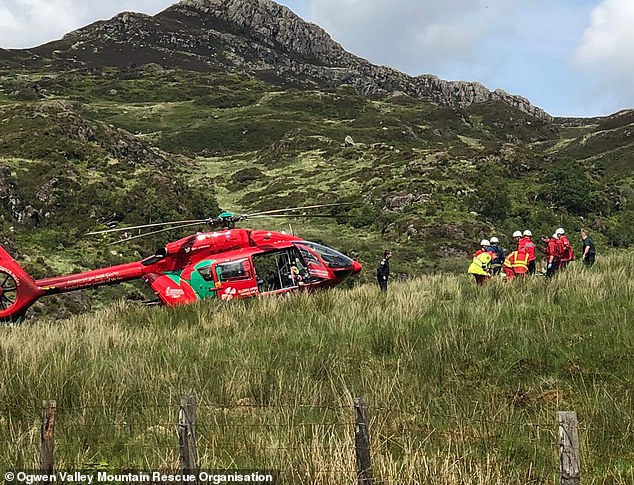 BBC News reported that they had been walking from Capel Curig to Crimpiau when the incident took place.

Ogwen Valley Mountain Rescue team carried the woman to and air ambulance, which then flew her to Royal Stoke Hospital.

A statement from the rescuers said: ‘They were charged by a herd of cows but two mountain bikers chased the cows away.

‘Shortly after, the cows charged again and the woman was trampled while protecting the child.

‘Severely injured, she was assisted by passers-by and both an ambulance and the air ambulance were tasked.’

The youngster was taken to nearby Ysbyty Glan Clwyd in Bodelwyddan, but was released a short time later.