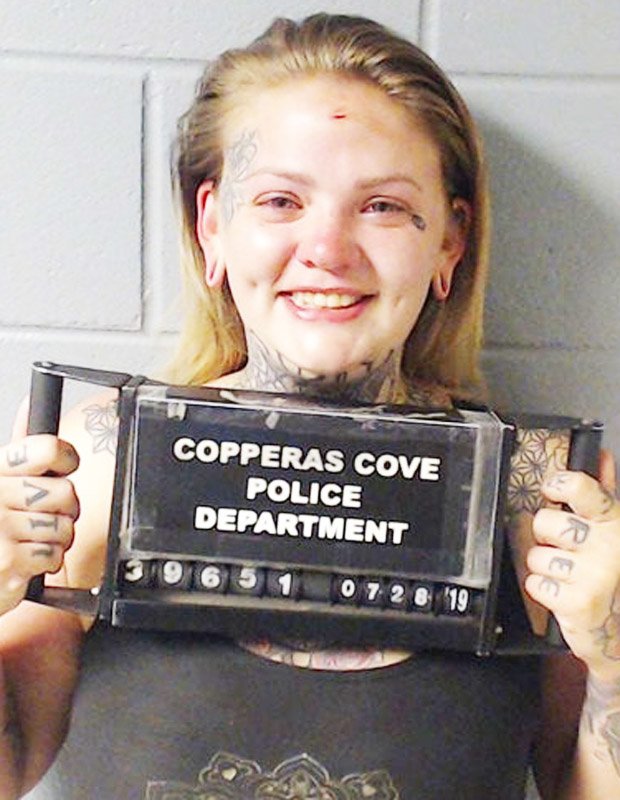 Vaughan claimed she had only gone inside the Trackside Night Club, in Copperas Cove, Texas, “to pee”.

But according to a police report, there was a strong smell of alcohol coming from her.

The mum was detained at the scene, claiming she had gone to the club to pick up her husband.

After being placed in handcuffs, Vaughan allegedly tried to resist arrest by dropping to the ground.

Vaughan even thrashed around and hit her head twice into the steel above the car window, cutting her head.

It is not mentioned if her husband was at the night club or not.

The baby was turned over to her dad shortly after she was arrested by Coppers Cove authorities.

She faces a number of charges including abandoning and endangering a child with intent to return and resisting arrest.