A SUSPECTED gunman who was "wearing scrubs" shot dead a nurse and injured two police officers after walking into a Pennsylvania hospital and opening fire, reports say.

The incident unfolded around just after midnight on Monday at the Thomas Jefferson University Hospital in Philadelphia. 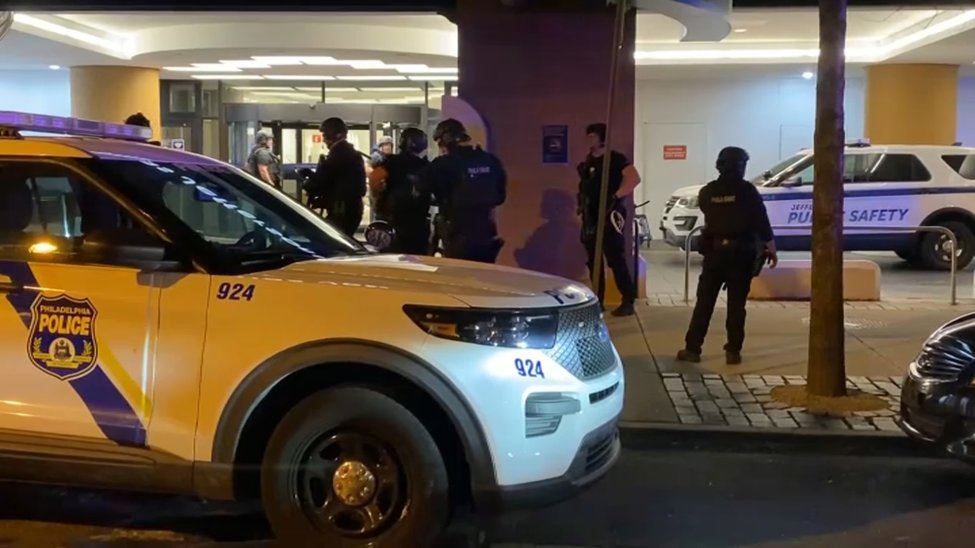 Cops said the armed man, who was wearing a blue face mask and carrying a black backpack, opened fire on the 9th floor.

A male nurse, from Jefferson, was shot at and died from his injuries, WPVI reports.

Police have not released any further information about their identity.

Cops and SWAT teams were deployed to the hospital as police launched a manhunt.

Action News reporter Matt Simansky said police believe that the gunman fled in a U-Haul truck. It’s not known what sparked the gunfire.

It's reported that two officers were later shot at in the Parkside neighborhood of the city.They were taken to a local hospital with non-life-threatening injuries.

One officer was shot in the arm while another suffered a graze to the nose.

Police have not identified the suspected shooter, according to local media reports.

The suspect was hospitalized after he was shot at by police who returned fire. His condition remains unknown.

Anyone with information is advised to call Philadelphia Police as the investigation remains ongoing.